It has been announced that with the construction of a third runway at Heathrow Airport (LHR) 6 more domestic routes will be added bringing the total routes from Heathrow to other airports in the UK to 14. 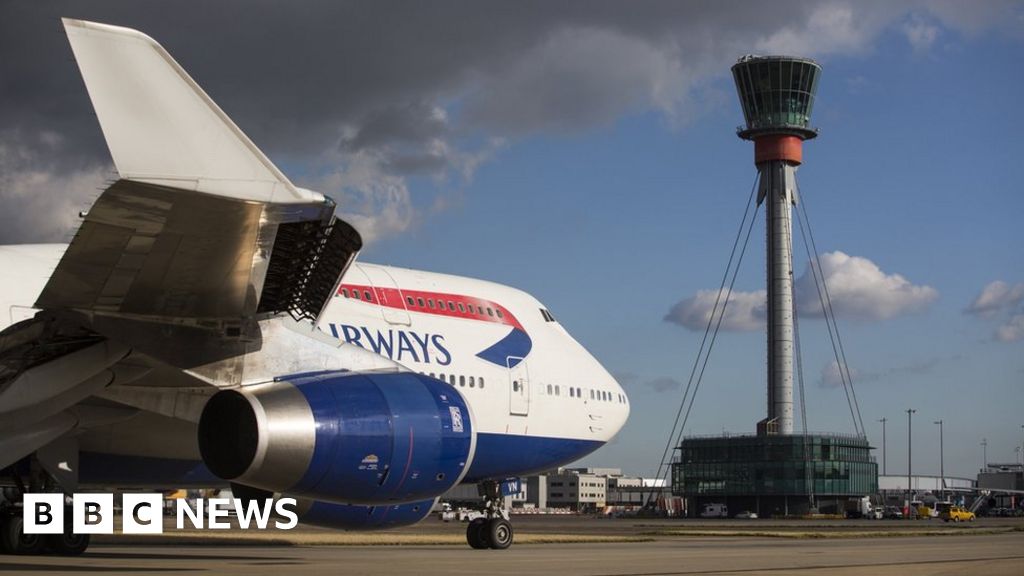 Heathrow 'to get more domestic links'

More UK airports will have connecting flights to Heathrow if a new runway is built, the government says.

There will still be a few years until the runway is successfully built and ready to use. The plans have already been discussed for years.

Fully agreed, the discussions have already been ongoing for multiple years and a lot more to come…

To be honest, not a hope.

But stil why so long ? Surely it isn’t that hard …

T5 took 20+ years. Any major infrastructure project in the UK is beset with environmental, liberal and local protests.

I don’t expect a project that was first put forward in the 1960’s to be started any time soon.

Not that hard to make a runway, lay some tar down splash some water wait for it too dry. Bam 3rd runway.

Not that hard to make a runway, lay some tar down splash some water wait for it too dry. Bam 3rd runway.

Once you get a grasp of how the real world works, feel free to revisit this statement.

You have a lot of years ahead of you, kid. Do your research and analyze why there’s so many issues with going ahead and creating a third runway. Yuan has outlined great reasons as to why that is. Educate yourself first on a topic before posting on it.

On top of what @JoshFly8 said, once all of those issues are complete / resolved, once construction starts, from memory, the base and foundations for a commercial runway have to sit and settle for sometimes up to 3 years before they then actually lay the concrete, then the Tarmac layer on top.

The second runway at YBBN (Brisbane, Australia) is taking EIGHT years just for the construction phase! Your decade is 80% up just in building the thing, let alone the legal, commercial, financial, political and environmental hurdles beforehand!

Ok, i 100% agree with Joshy, but what do you think about expansion of a 3rd Rwy at EGKK (Gatwick)?

2025, mate that’s 8 years away, a lot of stuff will have changed in the aviation industry (the A380 would be starting to get a little dated and the 747 could be completely gone), the media seem to be getting a little too excited something that’s 8 years away…

Just think of all the homeless people when they’re houses are destroyed and businesses. If they agree they don’t care about others.

Just think of all the homeless people when they’re houses are destroyed and businesses.

The strip of land proposed for the third runway at Heathrow has been almost empty since the first mooted proposals in 1965. That’s 52 years of intent to build a third runway there. Hence the local businesses, the land and homeowners have KNOWN, since when they purchased their properties, that a compulsory purchase order could come through at any time any Government had the balls to make a decision.

The area is one of the cheapest for property inside of the M25 for exactly that reason. The great majority of the land is farmland already and all planning applications and land registry queries have had the possible implications highlighted to the applicant. So lets drop the sob stories.

It’s not really a ‘bolt out of the blue’ is it?

Even the BA headquarters at Waterside will be demolished. Feigned shock at the announcement or a prior plan to purchase and capitalise on the compulsory purchase order early? You tell me!

B747 will not even be close to completely gone, off the top of my head there’s still approximately 20+ Current orders to even be built, let alone the 25 years in service they’ll have!

I’m not surprised with these kind of situation, There are many examples about this case, Including my local airport, Jakarta Soetta (The 3rd Runway’s site was empty 2 decades ago and it’s a Government owned land until today, But somehow many peoples make their houses on the site, When it goes to land clearing, Many people who live in that site refused to move) . The land clearing is the problem on building new insfractruture in an airport located within dense area. Despite it’s still 8 years away (Or even longer), But at least the new 3rd Runway will reduce the crowd at the current 2 runways on Heathrow and I hope the 3rd runway can be finished as soon as possible