Montenegro to lose his flag carrier airline, but

Hello everyone and happy new year! 🎉

Let’s go back to 2020, on December 26th, the Montenegrin airline ceased theirs operations.

The last flight was from Podgorica to Belgrade as flight YM103.
In a statement, this airline said:

The Montenegrin government’s decision to shut down our company will have a negative impact on the entire aviation sector in the country. We would like to inform the public that starting tomorrow, December 26, 2020, we are completely suspending all operations.

Montenegro Airlines carried some ten million passengers over the past two and a half decades, with over 350 people loosing their jobs tonight.

Montenegro Airlines was the flag carrier from Montenegro, a country of the Balkans, founded on October of 1994.
His main hub was Podgorica airport, and his second hub was Tivat Aiport…

Montenegro Airlines a.d. (Montenegrin: Монтенегро ерлајнс / Montenegro erlajns) is the flag carrier of Montenegro, headquartered in Podgorica. It operated scheduled and charter services throughout Europe from its hub at Podgorica Airport with a second base maintained at Tivat Airport. The airline will be liquidated from 26 December 2020 due to accumulating heavy losses. On 29 December 2020, it was announced by Minister Mladen Bojanić that the Montenegro Airlines would be reorganized and replace...

A new flag carrier will come

The government plans to set up a new national carrier:

We plan to establish a completely new airline, with a different structure and business model. We are aware what that means for the upcoming tourism season because it will take us some six to nine months to establish a new carrier. We will do everything we can for the new company to become operative by the start of the next tourism season. We will start work on the new airline immediately, the Minister, Mr Bojanić said.

Why did the airline ceased theirs operations?

All written in this article (it is also the source): 👇

26 years after its establishment, Montenegro Airlines prepares for its last flight.

Nice report! I guess they were already bound to shut down, but Covid was the final nail in the coffin

I am looking forward to the new Montenegrin airline

One condition please. To have some kind of strategy, instead of using it to secure jobs for worthless government militants

Thanks for tagging the Balkan Group! Anyways I have a very High High suspicion that it is gonna be a lot worse then planned because of how things work in the Balkans with government corruption and poor financial planning. (especially with past airlines)

:( Noooooooo now Fokker 100 will be impossible to find :(

Thanks for writing this and tagging us!

As others have noted, im not that optimistic about a future carriers success chances, but guess we will have to wait and see.

One thing i do have to give props for though, i that i apreciate (if its true) the governments statement on why they shut it down. To paraphrase, they didnt have any other legal way of keeping YM afloat. Nice to see they at least tried

There are a few left flying in Australia I think

I think it’s absurd that nearly every single European country, regardless of how tiny it is, tries to operate a flag carrier. Imagine if every US state tried to do that, not sure how long Air Delaware or Wyoming would last.

At least Montenegro didn’t try and go down the path of taking ME3 money, over expanding with utterly unremarkable, used A320s and attempt to launch JFK service with a single A330.

Yes, that was also immediately post deregulation.
Every town, city, state, or rich guy tried to launch an airline, we know how that went.

A bunch of tiny airlines with no chance of substantial growth, just like all the niche national carriers in the EU.

To be fair, Europe has IAG, SAS, LHG, AFKLM + Ryanair Easyjet and Wizzair.

I just can’t understand the obsession with each country NEEDING to have an airline.

A bunch of tiny airlines with no chance of substantial growth, just like all the niche national carriers in the EU.

Because they are not necessarily operated to “grow” or make profit. In many smaller countries, flag carriers provide basic connectivity when no foreign airline is willing to operate due to the small size of the market. Also employing hundreds of people and developing the aviation sector in the country

If no airline is willing to serve a destination…doesn’t that signal a lack of market?

Exactly. But people living in these countries want to have connections with the rest of the worlds or at least destinations with the bigger demand, and they are willing to pay taxes for the national airline to survive. Now how these airlines are used by the corrupt governments of these countries is a different story
Edit: @AlphaSeven Thanks for a detailed answer

Yes, it’s a complex issue, my comment was more of a take on the entire continent, not specifically the Balkans. I should have expanded on what I meant about the US-EU comparison.
2019 European aviation in many ways was comparable to the 80s- early 90s in the US. Tons of smaller niche airlines serving specific areas, with a handful of larger carriers.

Then over the next 20 years it was one economic crisis after another, partially helping to spur all the mergers and rationalizations of the industry.
Gone are Air Cal, Reno Air, (the real) Eastern, Braniff, Piedmont, PeoplExpress and all the other smaller local airlines, with a handful making into the 2000s before being consolidated (USair, America West, Air Tran, Northwest)

Now there are the US 3 which can get you from just about any city with a commercial airport in the US, to all inhabited continents, at the expense of smaller local hubs (Cleveland, Cincinnati, St Louis, Pittsburgh

Obviously by nature there will be more airlines in Europe even if the next few years help cut down the number of smaller independent carriers.

Perhaps it’s the perspective of someone from the US, but if I lived in a smaller town/city in Europe I’d much rather have consistent flights to the hubs of the EU3, connect in Frankfurt, Munich, Vienna, Brussels, Amsterdam, Paris, London, Dublin Madrid, Zurich, or even Copenhagen/Oslo/Stockholm/Lisbon which could get me to just about every corner of the planet, or into other smaller European cities. Instead of a large number of smaller carriers that could take me to 10-20 destinations.

Update: ToMontenegro will be the name of the new Montenegrin airline…, “it will” be launched before the April Fool’s day of 2021… 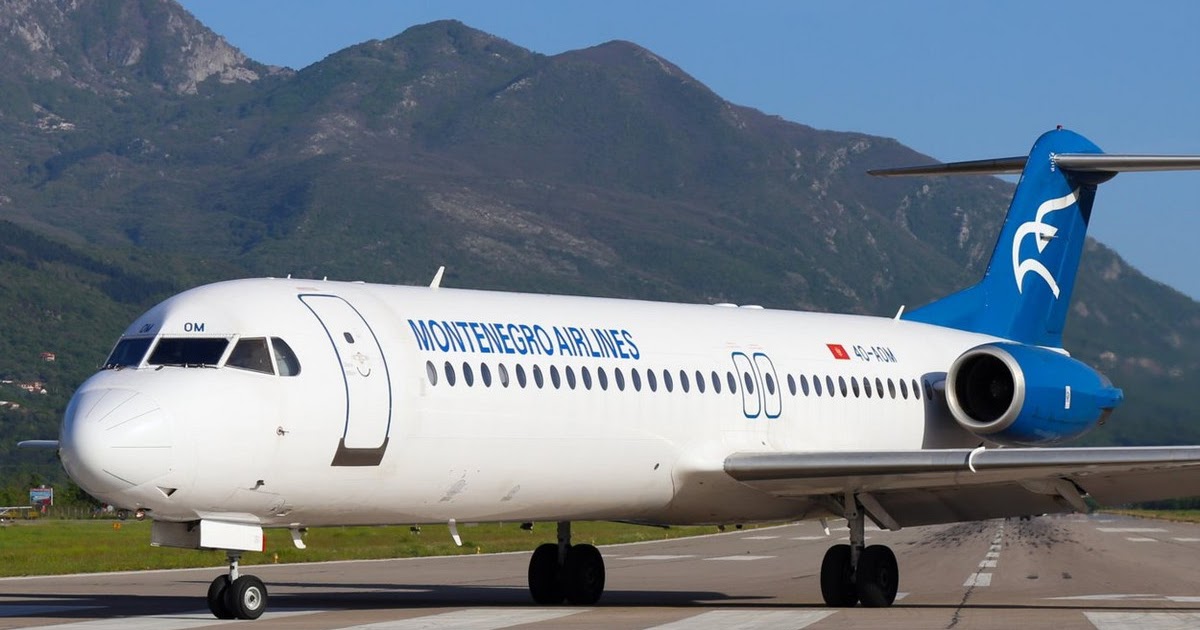 ToMontenegro’’ is the working title lol