Methods to prevent making a long line when controlling approach

First of all, this guide is for approach controllers.

Have you ever controlled and felt like too many planes are approaching? What is your first solution to the problem?

For many, this includes giving aircraft speed commands slowing them down to incredibly low speeds like 160 knots and building long lines. This is a very unefficient way to manage your traffic as it brings big and unecessary delays to the aircraft under your control.

I am not saying speed commands should not be used, I am just saying that they should be used with caution. There are some methods used in real life which are great to help to increase efficiency.

I will list these below: (The black ring is the aircraft)

#Vectoring aircraft above the airport
https://imgur.com/iUllrWm

Vectoring aircraft and then turning them onto downwind is great help when aircraft are approaching from two ways, it is also a good way to give aircraft the time for their descent if they are too high. 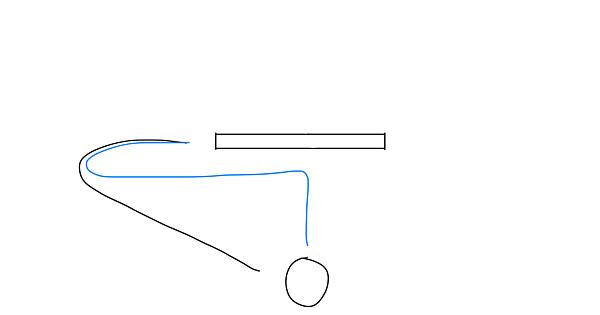 This method is extremely good and effeicient if most planes are approaching straight in (like EGBB for example). Bring aircraft like the blue line shows, then turn them onto downwind, while finally onto final.

This method is kind of like the S-patterns, but just a tad bit easier. By bringing aircraft to the base before entering the final, irpt can give you some spearation which might be needed. Certainly good when straight in approaches.

Then there are also pilots who need to know their stuff. We as ATC can’t stand to tell every plane to slow down to a proper speed before starting to vector you. It’s also the each aircraft’s responsibility to maintain proper separation with aircraft ahead and behind. That’s as crucial part to keeping the airspace organised.

Note this is for approach.

This is also dependent on there being a good, aware tower controller (as of course the IFATCs are), who is aware of when gaps are coming, and makes the most of them.

This is also dependent on there being a good, aware tower controller

Yes :). the point I was trying to make was that there’s no point approach doing this for an in observant tower controller.

As I assume this is more for playground/IFATCs practicing for approach.

When I control I use real world procedures and pattern routes, and if there are too many planes, I just put them into a pattern next to the airport, and send each plane away from the pattern one by one. But this is my way of doing it.

As I assume this is more for playground/IFATCs practicing for approach.

No, this applies to everyone. I have seen (and am seeing) IFATCs doing this many times. I am not sure about you, but I hate flying at 160 knots for 50 NM, then turning and flying 50 NM back towards the airport ;)

Nice explanation! It would be great to get approach lines moving abit quicker, like you said 160kts for 50 miles can get quite boring. I only use speed commands if I really have to or for aircraft that request approach when they’re coming in at 600kts

You really helped all of us . This was an awesome explanation.

Well, speed commands can be great for managing traffic. People are really underestimating them sometimes, 220 knots vs 250 knots for a while can make big separation gaps. Just to the point of order though, it’s quite boring when ATC tells you to move at 150 knots for a while, as you said.