MaxSez: Out of the past maybe, but these famous reciprocators are credited with the shot down of 2 Mig-17’s in the 60’s, a historic aerial engagement. The Douglas AD was a beloved warbird it served with distinction in WWII, Korea and in the Vietnam Conflict where it was know as the “Spad”. They flew CAS & RESCAP for the SAR Force. When transferred to the VNAF with the introduction of the A-4 in the mid 60’s US Pilots continued to fly VNAF Spads as instructors and RESCAP operators thru the conclusion of the conflict. Introduced during WWII this piston driven war bird had meny variants to include EW/SigInt! See the Wike write up for a full historic account to include its service with Allied Nations 45-70’s to include the U.K. .

(For those that still have living family or friend who served in RVN ask them about the “Spad” and “Puff the Magic Dragon”, most who served in combat in RVN will remember them fondly)

Didn’t one of these things shoot down a mig-17? A prop killing a jet 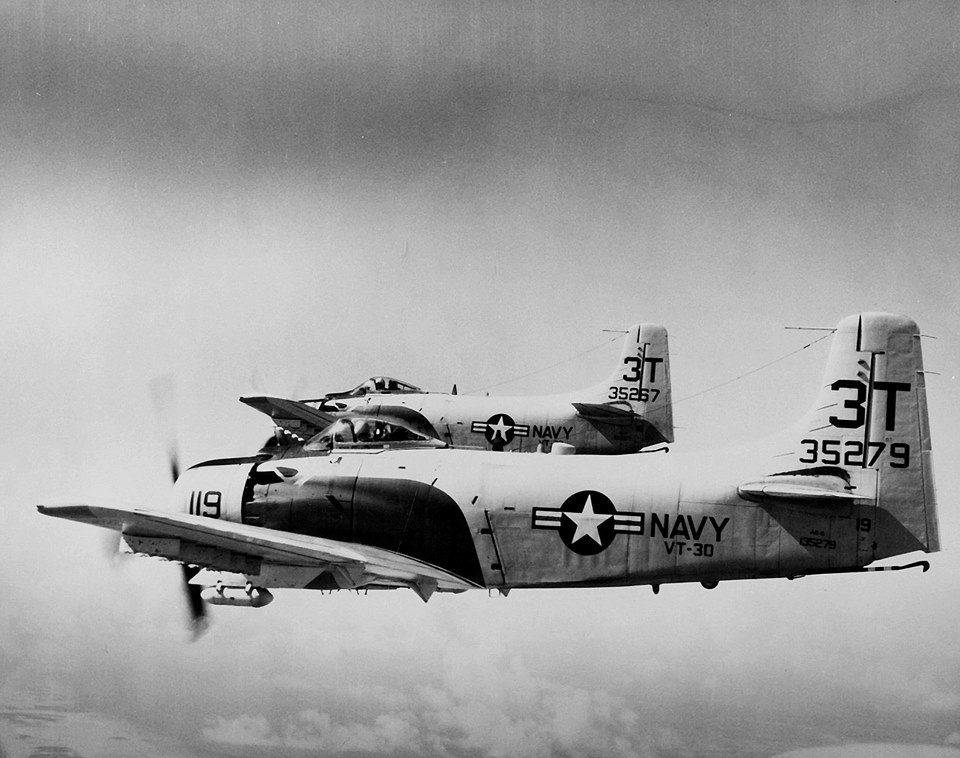 The most unusual MiG killer: the Skyraider air-to-air victories on North...

The Douglas Skyraider has been the last piston engine propelled aircraft to shoot down a jet fighter. The last propeller U.S. Navy attack aircraft to disappear from the decks of the flattops was th…

That is VERY cool!

The Brits also scored Mig kills with the Sea Fury in the hands of Hoagy Carmichael.

The Migs, whilst being superior in performance were in the hands of less well trained and experienced pilots.

Let’s hope we’re not heading back to a repeat of that vicious and bloody war!