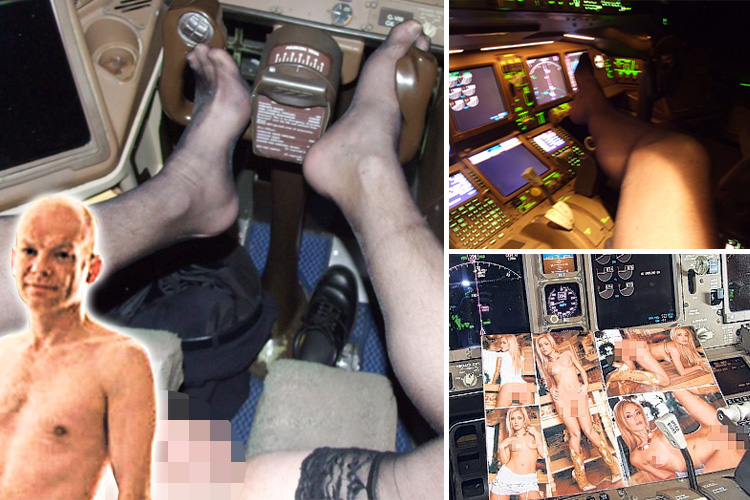 A BA pilot has been suspended amid claims he pleasured himself wearing stockings in the cockpit at 38,000 feet. Captain Colin Glover, 51, was removed from flying duties after we alerted bosses to a…

This article is strange to say the least.

Stupid of the pilot.
Shame I don’t read The S*um

Absolutely disgusting.
This shouldn’t be done in the cockpit.

Absolutely disgusting.
This can’t be done in the cockpit.

You’re right, it can be done in the cockpit.
But should it be done?

But should it be done?

You should not, but not everyone can be controlled, they are free to do anything. But this is definitely wrong

And to think I liked BA! I hope it wasn’t the captain I met on the last flight I took with BA! ;-)

How old was this guy. And was this with a passenger member?

I already skimmed the article.

And to think I liked BA! I hope it wasn’t the captain I met on the last flight I took with BA! ;-)

Just think if he had not washed his hands.

Well, the source is the sun… may not be reliable?

Proof you shouldn’t stare at the sun.

What’s the Infinite flight rules for an incident like this?
Immediate ghosting? Or acceptable over FL100?

Lolz.
Another excuse for pilotless aircraft :(

Acceptable over FL400, Especially on Expert.

I honestly bet someone has done that while flying on expert.

The “Sun” Is a some what reliable page, as long as it´s nothing about Liverpool Fans, nor disasters.
Consensus - Avoid the S*n for any costs.