strong odour on board

There’s always a few of these 😂.
Great topic!

There was also a seaplane carrying commercial passengers that had a crash-landing in the East River (NY) later in the week. 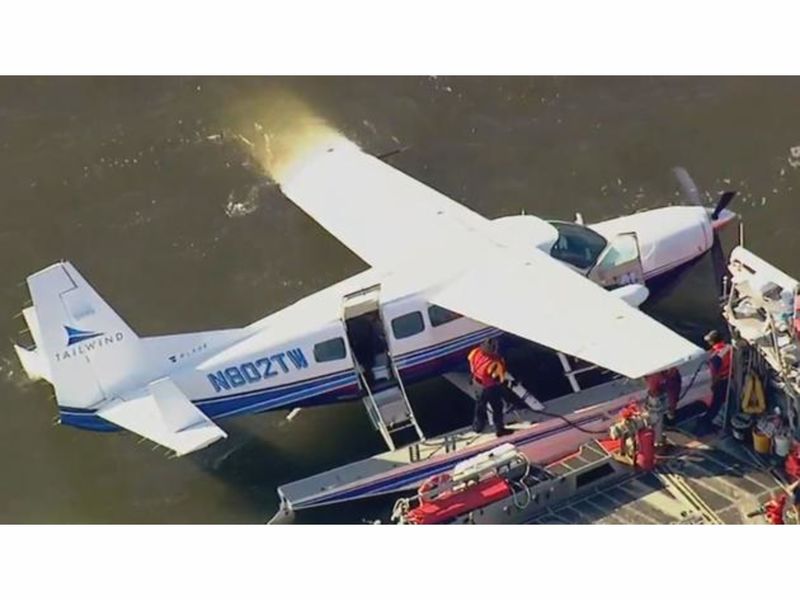 A plane carrying TV producer Bill Lawrence and his daughter crashed into the East River on its way to the Hamptons on Friday afternoon.

Mr. Max, do you have anything on the 2 Deltas that made a turn around back to JFK while over the Atlantic? It happened yesterday.

A passenger reported the flight departed with 3 hours delay due to a problem with an anti ice system, maintenance worked on that problem. During the takeoff run a piece of the right hand engine’s inboard cowling became loose and separated. The aircraft returned to Covington. The departure runway was closed for about 3 hours due to debris, engine oil and fuel on the runway.

The airline reported a mechanical problem with the right hand engine prompted the return to Cincinnati.

The airport reported there had been a large debris field contaminated with engine oil and fuel, the runway needed to be closed for 2:45 hours for cleaning.

The flight was cancelled.

The occurrence aircraft is still on the ground about 22 hours after landing back. The engine and slice on the upper wing surface, watch also spinner and inboard cowl ahead of glare:

This is a report on the TCX incident at HRG

Thomas Cook 757 evacuated on Runway after smoke enters the cabin

A Thomas Cook Airlines Boeing 757 was lined up on Runway 16/34 at Hurghada Int’l Airport for departure when smoke appeared in the cabin of the airliner. All 251 passengers and nine crew were …

not many aussie airlines up in that list, I guess its a good thing?

Incident Thomson B752 near Rennes on Jul 17th 2017, loss of communication prompts intercept

That must have been a pretty terrifying experience.

@Balloonchaser… Checked both flights. Both where listed as diverted by Delta with no explanation, They do not appear as incidents in the safety data bases I have access to. Regatds