Several occurrences of engine in-flight shut-down (IFSD) and Rejected Take-Off (RTO) have been reported on certain Airbus A320neo family aeroplanes. While investigation is ongoing to determine the root cause, preliminary findings indicate that the affected engines, which have high pressure compressor aft hub modification embodied from ESN P770450, are more susceptible to IFSD.

This condition, if not corrected, could lead to dual engine IFSD.

(1) Within 3 flight cycles (FC) from the effective date of this AD, do not operate an aeroplane having two affected engines installed.

(2) Within 1 FC from the effective date of this AD, for an aeroplane having at least one affected engine(s) installed, ETOPS operations are not allowed.

(3) Inserting a copy of this AD in the ETOPS Configuration, Maintenance and Procedures (CMP) of concerned aeroplane models and, thereafter, operating that aeroplane on ETOPS accordingly, is acceptable to comply with paragraph (2) of this AD.

On Feb 11th 2018 The Aviation Herald received information about a Communication to All Operators transmitted by Pratt & Whitney (PW) on Feb 7th 2018 obviously detailing an event leading to the EAD. The letter states:

On February 05, 2018, an Airbus A320-200 with PW1127G-JM engines was operating a scheduled flight when during cruise the crew was alerted to high engine vibration. ‘ENG 2 HIGH VIBRATION’ was annunciated on ECAM, and reported greater than 10 CUs on VIB N1.

Initial inspection of the engine showed one fan blade with a missing blade body cover, along with damage to the fan case, ice liner panel and several exit guide vanes. This fan blade had the condition described in Reference 2 and 3, commonly described as a Population A fan blade, however the blade was not listed in Table 3 of the reference 2 and 3 Service Bulletins.

Pratt & Whitney is currently reviewing the manufacturing records of all Fan Blades to determine if any other Population A fan blades were not listed in Table 3 of the reference 2 and 3 Service Bulletins. As a precaution, Pratt & Whitney will require a once through the fleet inspection of all fan blades with more than 750 cycles. The details for this inspection will be published in a Special Instruction END

The reports Sunday cited multiple unidentified sources. The Emergencies Ministry said it has sent crews to the reported crash site. The reports said the plane was an An-148, a regional jet belonging to Saratov Airlines, that had taken off from Domodedovo Airport with 71 people aboard. (Druge) 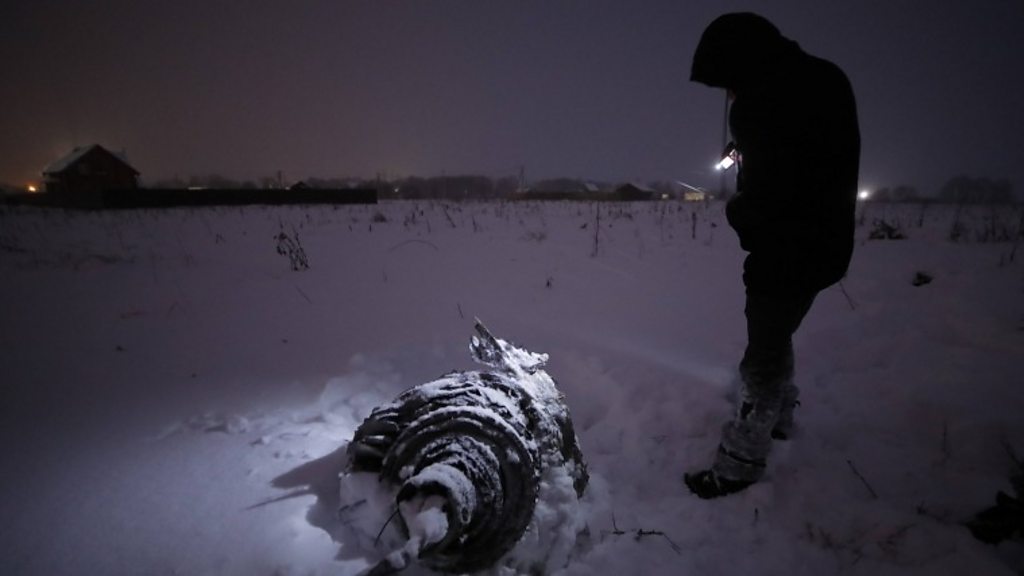 The Russian regional airliner went down within minutes, killing all 71 people on board.

Twas a massive delay, a couple hours at best. 3 flights cancelled I think

Yeah it was so desperate to land it used closed runway

Ryanair B738 at Bucharest on Feb 9th 2018, suspected tail strike

Only Ryanair would do that

Mate have you been watching to much Swiss 001

Ugh oh, that’s not good. Thanks for the update 😬