Recently, at Bien Hoa Airport in Dong Nai, Vietnam, a military search unit, assisted by two US Army veterans believe to have found the mass grave of over 150 Vietnamese soldiers that we killed in the war. Bien Hoa Airport was previously a US Army base in the Vietnam War, hence why the US veterans are involved. The Vietnamese Military have been looking for this site for over two years, using old maps and witnesses. I won’t show any images, because they are graphic, but you can search online if you wish ;) 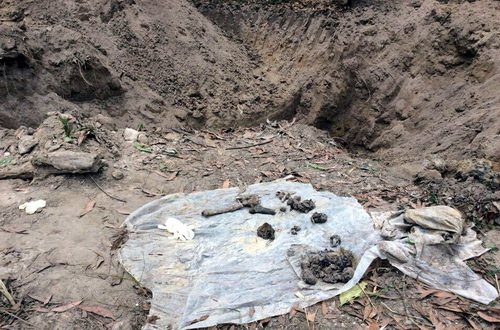 A military search unit, assisted partially by two U.S. veterans, believes it has unearthed the burial site of 150 Vietnamese soldiers killed in the war.

The Vietnamese war did kill many people. From both Vietnam (Who was supported by Communist Allies) and U.S allies too. So I’m sure there are still more mass graves in Vietnam. As its hard to identify bodies especially during a war so these mass graves were build to accomodate the deceased bodies

No surprises. A war that killed many many people. Mass graves, sadly, shouldn’t be a surprise…