A US Federal Judge has issued an order for the FAA to evaluate the seat sizes and legroom on US carriers, something that the FAA did not set in a mandate in the previous years after petition for passenger rights group Flyer Rights. This will force the FAA to look into f there is any connection or risk of small aircraft seating in conditions such as deep vein thrombosis. 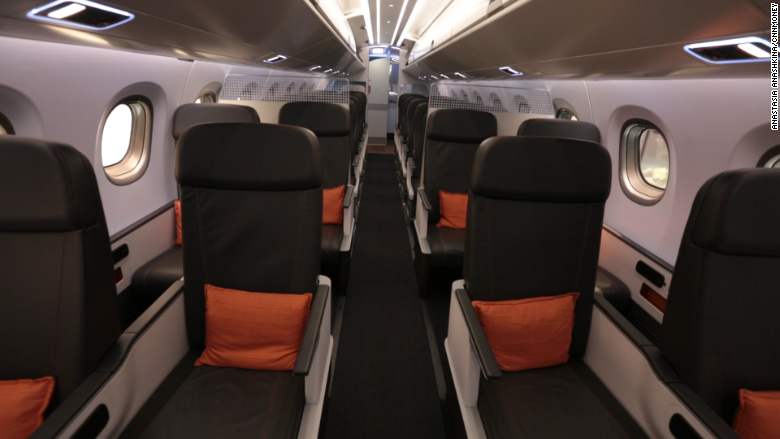 "This is the case of the incredible shrinking airline seat."

If the study does conclude that their is a connection resulting in the FAA setting a seat size mandate there would be a global impact on the aviation sector. Revenue would drop as no longer would airlines be able to squeeze as many passengers as they would like into their aircraft, causing the need for more aircraft with less seats to maintain their routes sizes, thus increasing flight prices. While we may all rejoice at this for more legroom the consequences just may outweigh the benefit of this. That is worst case scenario but there will be a major impact on this. We will have to see the results of the mandatory evaluation, which may take a few years to be done.

Another benefit though would be airlines to consider more efficient aircraft to make up for that lose in revenue without trying to affect their demand. This could really push aircraft manufacturers to invest in development of higher efficiency aircraft than what we even see now with the 787, A350, A320neo, and 737 Max.

What are your thoughts on this? Could there be potential consequences to the airline industry if the study was to confirm a connection between seat size and health? If so, what are the pros and cons in your opinion?

Honestly thank you for actually writing your thoughts and not making this into a news forum.

Could this mean the 747 would survive?

As a customer, I think this would be very beneficial especially considering some airlines offer very limited legroom cough cough Untied. I think this could help with passengers complaining less and airlines receiving a better rating.

But it would fall into the high capacity category.

You can carry nearly as many passengers in the 777 as you can in the 747 now. 2 engines will always beat 4.

I think we should build anew our weakened American rail network so that we don’t have to rely on wasteful tools like jet aircraft just to shorten a ride.

Don’t forget that the A318 and A380 compete in aproximently 0 routes.

What about London to New York ;) idk if a380 does that

I have no issues with small legroom, but 28 inches (*cough cough, Spirit, cough cough) is just ridiculous.

This is a great news for flyers who are 6 ft or taller, but anyone who is shorter isn’t really affected. I hope FAA will give much higher number on legroom. Width right now isn’t an issue for me, I’m at normal weight for 6ft. I’m sure people who are bigger than me would also appreciate the increase in the width.

For airlines, it’s bad news for them. They can handle increase in the legroom, that would mean 6 or 12 seats gone on Airbus A320 or Boeing 737. Change in Width will be disaster for them since that would mean at least 20 will have to go if new width limit force them to go with 5 seats per row.

I’m really happy about this news because airlines need to stop shrinking the seats when people today are getting bigger even if they aren’t obese. About time they get a sucker punch that will be permanent.

Let’s see what happens. I was looking at LHR - LAX fares recently, and premium economy seemed to be 30% more than normal economy, and although the seats aren’t that much bigger, every little counts after 11 hours.

If through regulation fares go up 10-15% for decent sized space in economy, I’m still getting a better deal than upgrading.

I would hope they don’t introduce a blanket ban on tight seating, rather aircraft operating routes over a certain time frame (4 hours or more perhaps?) would need to comply.

No I have never seen an A380 fly KJFK-EGLC route before.

I can tell you rn that JetBlue won’t have a problem with the FAA :)

This seems more of a supply and demand issues. Increasing the seat pitch will require (some) airlines to remove rows within the cabin. Demand for air travel only continues to increase, so the number of people wanting a seat on a particular flight will stay the same at the worst.

This would cause the airlines to increase seat prices to make the same profit on a particular flight. At the end of the day, the airlines won’t accept less profit because they are forced to reduce the number of seats in their cabins. Prices will increase for the basic economy seats. Which leads to public outcry about increasing prices, and back down the rabbit hole we go.

I think you meant United there…

My thinking is that if the airlines are forced to make changes that could impact profits, they’ll counter by rolling the deficit into a slightly higher ticket price. I don’t think any airline is beyond raising prices to counter a profit loss. Myself personally, I already pay for a slightly higher ticket price specifically for the legroom (Delta Comfort). If the govn’t decides to mandate a change that could cost the airlines money I’m confident that you’ll see that burden passed on to the customer.