This morning it is believed that an aircraft has slammed into the ground inside the airport perimeter of Malta’s Luqa Intl. killing at least 5 people. It has not been confirmed yet what exact aircraft it was and where the flight originated. No survivors are being reported at this time.

Aircraft are currently diverting away from the airfield, with some flights also being cancelled. Below you can see earlier that VY8744 from Barcelona El Prat was holding around the island.

It is expected that the airport’s main runway will be closed for some time.

Do you have a source??

Flightradar24 are reporting it, as well as the Times of Malta.

This is all over the news already…

CNN says its a Fairchild Metroloner.

Three french officials of the French customs surveillance operations and two private contractors were those who were sadly killed on the flight.

According to french news, among the five souls onboard, they were: 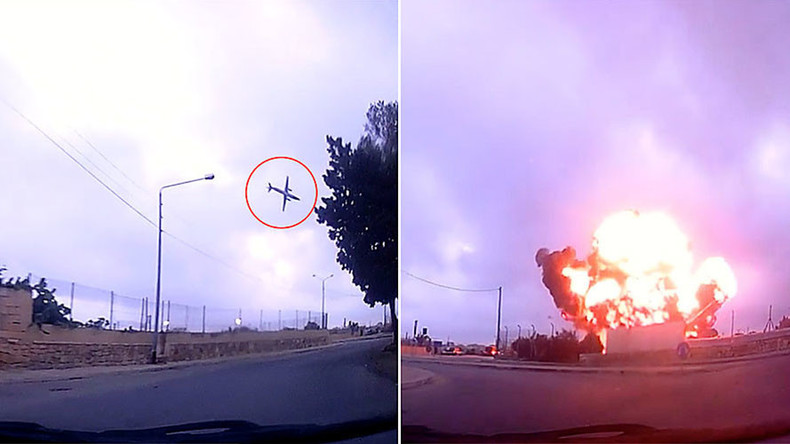 Dashcam footage has emerged showing the moment a plane crashed to the ground and exploded in Malta. Five people were killed in the accident, which reportedly occurred while the aircraft was en route to Libya.