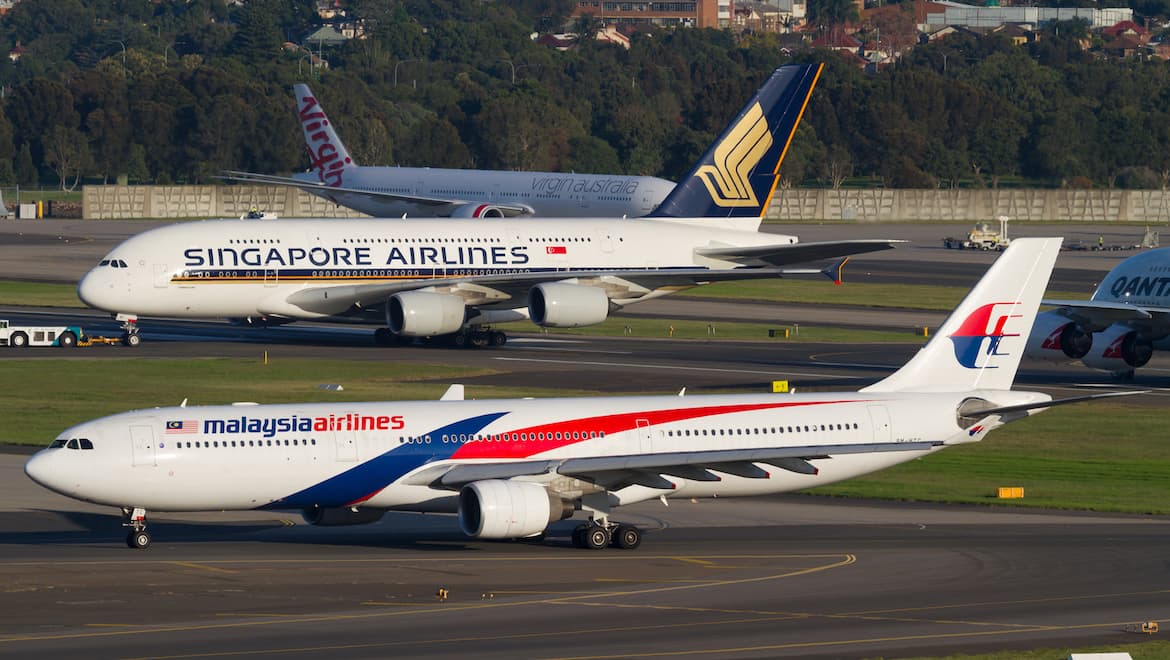 Coming into effect on the 29th of November 2021, Singapore Airlines flight codes can be found on Malaysia Airlines flights operating from their hub in Kuala Lumpur to:

Out of these 9 destinations, 7 are located in Europe and 2 in Africa.

What does this mean for their respective airlines?

For Malaysia Airlines, this is an attempt to bring themselves back into the highly competitive Asia to Europe flight sectors. Having operated to most of the destinations that are currently listed such as Frankfurt, Munich, Rome, Zurich on daily services prior to their restructuring, they’ve long since wanted to start operating to these destinations profitably, though attempts were often futile, leading to them pulling out from those airports. Similarly, this is the case with routes to Johannesburg and Cape Town.

However, what this does mean is that we’d have to wait a while longer until we see Malaysia Airlines fully return to Europe and South Africa. A combination of a weak financial state, as well as a lack of equipment allowing them to sustainably operate these routes, is also another large factor. That said, it is possible that we see a possible widebody order coming in the near future as they aim to replace their older A330-200, A330-300 and A380-800 that are expected to be retired. When that happens, it leaves their fleet with only six A350-900. It is however rumoured that there may be an order for the A330neo or A350 series in the works.

For Singapore Airlines, on the other hand, this only strengthens their position as the industry looks to recover, particularly in the Asian region, with long haul flights starting to be filled. They’ve also just brought their A380-800 back into service, with the airline operating frequent services to Kuala Lumpur for crew re-familiarisation, and their inaugural return to service to London Heathrow taking place this week.

Singapore Airlines has gotten through the pandemic much better than other competitors in the region such as Thai Airways and Cathay Pacific, and using this as a platform to further their position as the largest player in the market is only going to benefit them more. In addition, as Australia looks to start to relax measures and open its borders again, Singapore Airlines is in a prime position to ramp up service to Oceania and Europe and benefit from people needing to travel again.

I’m sad to see another airline remove the a380 from their fleet. However, this is some pretty good news.

I’m sad to see another airline remove the a380 from their fleet.

This has been known for quite a long time already; detailed in the post below.

[DSC_8075 p] While it comes as no surprise to those in the know, Malaysia Airlines will finally be pulling the plug, and saying goodbye to 6 of its A380-800. After first taking delivery of it just under 10 years ago, it has seen regular service to many destinations such as Paris, Jeddah, Hong Kong, Tokyo, Seoul, Sydney, Melbourne, as well as its flagship route to London Heathrow. Malaysia Airlines hasn’t been doing well in recent years, and its quite the understatement to say that they’re in …

Truth be told, the A380-800 is really a dead man walking for Malaysia Airlines. It rarely turned a profit, and even when it did, other airlines quickly came in to undercut on Malaysia Airlines with lower ticket prices.