Today i was issued two 360’s for spacing offcourse it really got on my nerves and its PG but this question just came up my mind is it possible IRL to get more than 1 360 instruction from the atc?

Yes, of course. Holding patterns are (like) 360’s. So airports can have their planes do many circles.

Yes. Bad weather or if you are a slower plane like a cessna on 7 mile final doing 92kts while you have other planes with double that approach speed.

Yes but normally in airlines its not allowed to do once you are on final.

but normally in airlines its not allowed to do once you are on final.

Great feedback guys…but what of the cost…i mean an extra mile means extra fuel and time too and who knows about the many other factors.

So airports can have their planes do up to 10 circles… 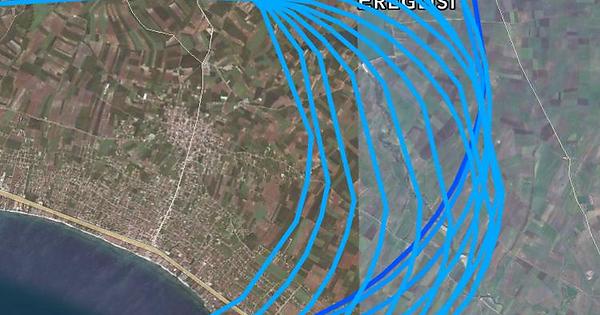 That guy must be pissed

No 360’s on final at all, and an airplane can stay in the holding until they reach a minimum fuel where they need to divert or need to declare mayday and land.

I don’t know if you guys really get my point…1st is that a commercial airline with passengers onboard!?i mean…most guys take flight due to time factor probably to business meetings and staff and there’s usually a scheduled arrival time to destination…!!i personally have never been delayed or how long does definitely more than 10 circles take??

@Aernout knows better but I’d guess one “circle” takes about 3 minutes (1 minute turns), though it is depending on how frequent turns the airplane has to make.

That guy must be pissed

Above 14.000 feet the legs are 90 seconds instead of 60 seconds but the turn remains the same. The inbound leg can be longer or shorter depending on wind correction so this is an estimate with no wind.

Pax usually get pissed, but if you are a pilot, safety is paramount.

Every try landing a plane with a storm cell approaching, around, or just left the vicinity of the airport? Lol. Yea, not fun.

This was new for me. This is interesting and good to know!

@LSZH34, his question is about something IRL. So it stays in #real-world-aviation.

That is a holding pattern (not a 360) but sure lol

if some instruction me to make a 360 for spacing. should have to made

Personnaly i love make the second example. more realistic for me and this is i see in every case in LSGG.