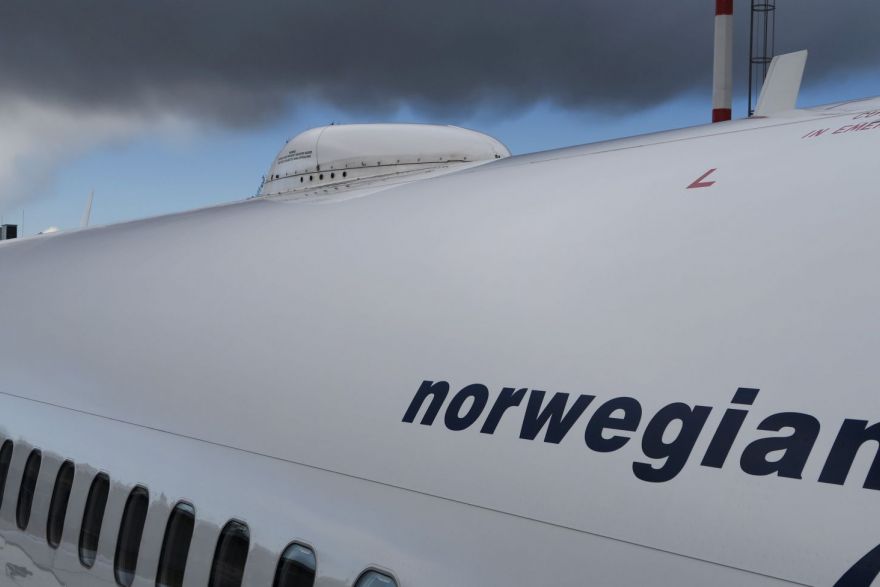 CHANGI Airport will have one more long-haul, low-cost player taking off when Norwegian launches flights to London's Gatwick from September, strengthening Singapore's position as a base for both short- and long-haul budget carriers. Read more at The...

#Summary
The Singapore-London service will be operated by Norwegian’s subsidiary, Norwegian UK, which will use its 344-seater Boeing 787-9 aircraft in a two-class configuration; namely, economy and premium. Norwegian will operate four weekly services, which will be bumped up to five times per week from the Northern Winter season (October to March).

Changi Airport Group’s chief executive, Lee Seow Hiang, said: “With changing consumer preferences and an improvement in aircraft technology, low-cost carriers have taken the opportunity to expand into the long-haul market. We will continue to work with our airline partners to exploit other such opportunities to grow their operations at Changi.”

Passengers will be able to leverage Norwegian’s network to connect onwards from London to other destinations in Europe as well as the United States. Similarly, travellers from the UK can connect at Changi to 120 destinations in South-east Asia and the South-west Pacific.

#Background
London is Changi’s 14th busiest route, with over 1.2 million passengers travelling between Singapore and London last year. With the launch of this new service, the number of weekly flights from Singapore to London will go up to 50, translating to 11 per cent more one-way seats per week.

“Our transatlantic flights have shown the huge demand for affordable long-haul travel, so we are delighted to expand into new markets and offer our first route to Asia from the UK,” said Norwegian CEO Bjorn Kjos. “Travel should be affordable for all, so adding Singapore to our growing UK network will give passengers even more choice for affordable, quality travel to a range of global destinations.”

Currently, just a couple of airlines offer direct services between Singapore and London - namely, SIA and British Airways. (Garuda offers a direct flight between Singapore and London three times a week, but the return leg transits via Jakarta.) Other airlines with flights to London out of Singapore typically offer one-stop services via their respective hubs such as Abu Dhabi, Doha or Dubai.

#Opinion
I think it’s nice to see more LCCs and Chartered Airlines operating from Changi. Norwegian will be the 8th Low Cost Carrier to operate from Changi after Jetstar, Jetstar Asia, AirAsia, Indonesia AirAsia, Scoot, Tigerair Singapore, and Cebu Pacific. And the 2nd LCC to operate a route from Europe to Singapore after Scoot (Athens, Future). I think this route commencent shows an increasing traffic need in Singapore which is a good sign of tourism growth in Singapore. Singapore is one of several future destinations for Norwegian. This shows the airline’s rapid growth and to strengthen the airline’s name as among one of the best Low Cost Carrier in the world 😊

That airline have big plans…

Interesting to see Norwegian starting flights from London to Asia, there’s been a lot of focus on London to US flights with them so far. It will be interesting to see how British Airways, Singapore Airlines and other competitors react.

Singapore will be the second city in Asia which served by Norwegian after Bangkok, Thailand 😊. It’s nice to see their rapid growth on commencing flights out/to Europe from other continents.

Here is the official statement from Changi Airport’s instagram

I believe this Singapore-London flight will be the longest flight in Norwegian’s network. It’s nice to see a competitor for Scoot, Singapore Airlines’ subsidiary in Long Haul Low Cost Carrier.

Absolutely, whilst people love to complain about LCCs, they sure will make the world accessible to more people because of the lower prices - they really have made flying for the many, and not just the privileged few. I really hope that they make a success of it and continue to grow into new markets.

Sometimes it must be a pain for some people to travel in Long Haul flights with Low Cost Airlines. But LH LCC can offer more alternatives to passengers who want to fly with cheaper prices. 😊

I like how the low-cost market is expanding onto long-haul. Airlines like Scoot, Norwegian or Level (soon) to name a few.
I heard that Norwegian is also expanding to Argentina and possibly Chile soon…

The race to the bottom continues. When you pay most of your staff absolute peanuts, dodge taxes and have a majority of them on arms length contracts with agencies it’s easy to undercut the competition.

Hopefully once brexit is done, we can ban this nonsense and have some fair competition.

It sure will be their longest they operate some flights to Bangkok from Stockholm,Oslo and Copenhagen to there.

How is this unfair competition? It is a completely different product. It’s like comparing McDonald’s to a luxurious restaurant.