Not entirely sure, but you can check the battery consumption of any app at any time in the Battery settings, as well as how much they consumed at the time.

I’m referring to this. The graph can clearly show what’s happening, and you can also tap on it. 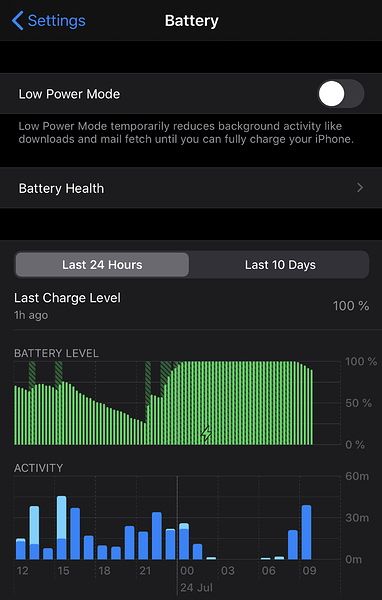 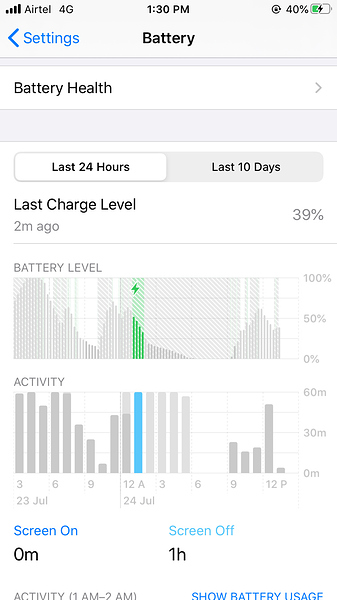 Oh jeez - compared to Seb’s graph - your’s is going down much more steeply which suggests that either there is something wrong with the battery - or it is getting too old to retain charge reliably. The 6S is quite an old phone now - around 5 years old - I would perhaps consider getting/using a newer device if you want to play IF without having to worry about battery issues.

Isnt the graph normal as games drain the battery?

But look at the green section - he has the charger in but it is going down just as steeply.

But was he also playing IF is the question to ask

No I wasn’t. That’s regular usage over a day.

Omg 😱… I totally agree with @BennyBoy_Alpha maybe it’s time to change your divice if you still want to play Infinite flight
iPhone 6s is too old and I think that after the update of 20.1, A9 chipset of your phone is not able to operate it smoothly, leading to lag in infinite flight, drainage of battery and decrease in battery health

I had a similar issue with my old iphone SE, after the new update the battery drained faster even though the charger is connected. Even after changing the charger to high amp, it did not work. Graphic settings was set on low.
One thing i have noticed is, from 100% to 50% the rate of battery drained slow below 50% its rapid even with the charger connected and eventually the phone switches off during the game. The battery health is about 84%.
After this I came to a conclusion that, even though iphone se was able to handle IF, the rate at which the battery gets charged is less than the consumption of the battery which is high, So I eventually had to upgrade my phone.

when away from phone, point you camera to the sky to help performence

Oof, I heard about this and I do not recommend it, someone said that when pointing your camera to the sky it’ll just cause a massive lag once you bring it down because all that scenery is being loaded all at once around you

I also experienced this issue multiple times around a month ago (for the app deactivation issue). I decided to reinstall my app and it works for me. Try reinstalling your app if you haven’t

It seems to be charging, or at least detected by your device.
However, the amount of charge received by the phone does not seems to be sufficient.

I can’t really think of anything else being the cause of this besides the charger/cable.

the iPad charging blocks have way more output than the iPhone Chargers because the voltage output is way more and I had the same problem and it fixed my discharging issue asap C:

Unofficial chargers are not good to be using on your device because it may have less output than the official charger and may loose there output over time.