Exclusive Ballooning has brought mainstream hot air ballooning into the heart of London over recent years with balloons at Buckingham Palace, the Tate Modern, the Guildhall, Exchange Square and famously flying underneath Tower Bridge for Disney in 2009, and now balloons launching from the historic London City Airport. Chief pilot Andrew Holly was bestowed the Freedom of the City for his work within marketing and fund raising with hot air balloons – using them to help clients raise over millions of pounds for various charities. The company has currently raised £7,000,000 over the years and is rising. 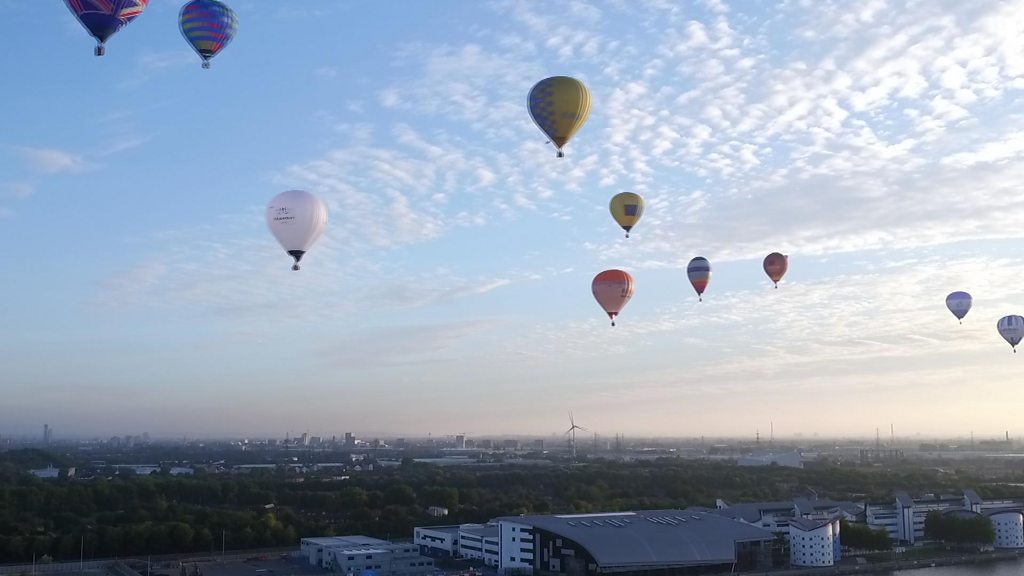 Out of these 30 balloons, most of them were cooperate sponsored balloons, but there were also 3 special shapes this morning.

That would be amazing to see! Make it look like Bristol wth all those balloons.

The renishaw one, orange one, second one nearest to us in line.

Now that would be a sight to see. Really cool, thanks for sharing!

Looks amazing, however, did this not affect EGLL/LHR in any way?

That looks so awesome, thanks for showing us this amazing event @Balloonchaser 😍

Absolutely beautiful! London City sure knows how to put on a show! Wonderful to see

Youtube video of the launch by London City Airport! :)