I know I’ve been AWOL from this place for a considerable amount of time, but I’m back (for now). Life’s been busy with wrapping up high school, and getting ready for college. The joys of becoming an adult.

I recently went on a school trip to London and Paris via Detroit, and back to CLT via Kennedy. This was a trip that I have been looking forward to for the better part of 2 years. I was supposed to take this trip as a Sophomore heading into my Junior year of high school, but obviously 'rona had something to say about that.

I managed to get the green light from our tour chaperones to be there ahead of the rest of the group, and we would just meet them at our departure gate to Detroit, which turned out to be A3. We arrived at CLT a little prior to 7am in the morning on the 13th, and caught the shuttle from parking to the terminal.

We get to the Delta check-in desk, only to be greeted by the first phenomenon of the trip: They couldn’t get TSA PreCheck on my tickets. It took two Delta check in agents, but they eventually got it solved, and I was able to whiz through security.

Went through security, as usual, and then made for the recently opened CLT location of The Club. For those that haven’t heard of it, for $45/person, you get entry into the premises, and food and drink are included. Been twice, and will continue to go every time I fly out of CLT for the foreseeable future. We burned a solid 90 minutes there, got some breakfast, and then decided to wander over to Gate A3 where we met the rest of our group an hour or so later.

We eventually board for Detroit, and I was seated in 18A on the 717 for this leg. 18A happened to have 2 windows, so I was a happy camper for the duration of the flight. We left Gate A3 on time, and arrived at Gate A25 in Detroit a cool 12 minutes early as DL2098. 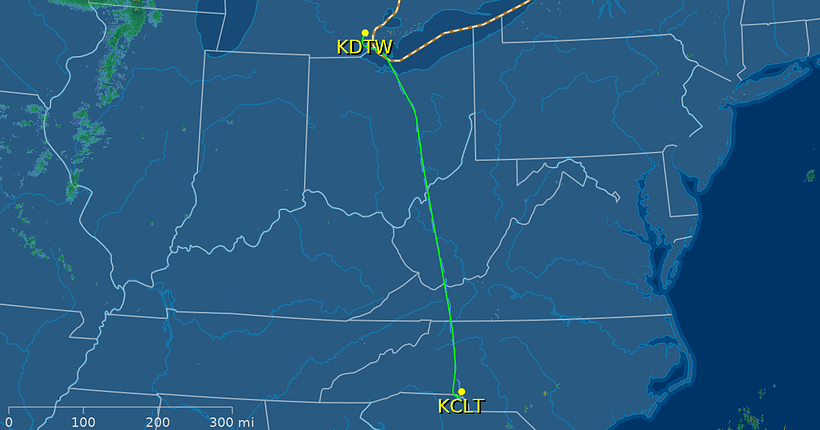 We then enjoyed (not) a 4 hour layover in Detroit, so we wandered over to the regional terminal to grab a sandwich from Potbelly’s. They bailed me out for lunch when I was flying up to Alpena last Christmas. The line was fairly long, but they kept it moving in a timely manner. By the time we’d paid for our chow, the line was as long as it was when we got there, if not longer.

After that, I decided to joyride the train that shuttles passengers from one end of Concourse A to the other end and back, because why not?

Eventually, the seating area for Gate A34, where our flight to London left from, began populating, and before we knew it, it was time to board. We sorta jumped the gun on getting to the boarding area, because we stood there like fools for a solid 10-15min waiting for them to call Main Cabin 3.

We left A34 a whole 3 minutes early, and departed Detroit on Runway 4R/22L as DL16. We made it to London’s Terminal 3 7 minutes early, despite a crazy holding pattern. 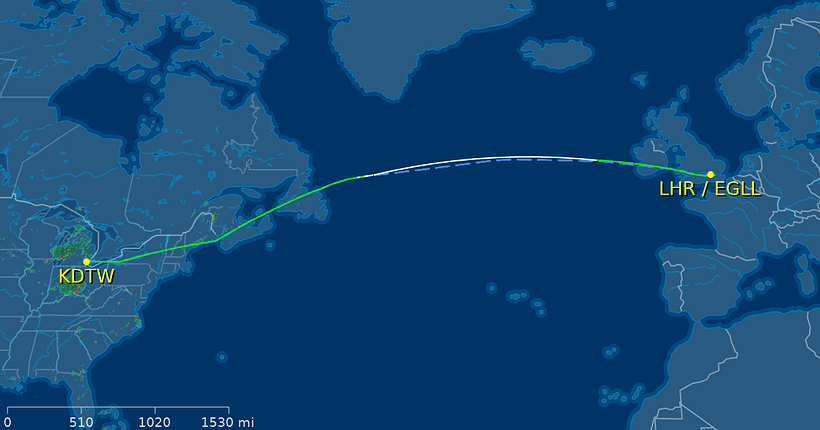 The flight itself was great. What sucked was that I only managed 2 very sporadic hours of sleep. For breakfast, we had an egg and cheese biscuit on Thomas-style muffins. It was decent. Upon docking, we made for the exit door, and made a beeline through the maze that is Heathrow’s Terminal 3 to passport control, leaving the rest of the group in the dust. By the time they had made it off the plane and through passport control, we had our bags back in our possession at baggage claim.

While en route to passport control, I passed Etihad’s iconic Greenliner 787-10 Dreamliner, which was the first of many special liveries I was destined to see during the week we would spend in London. I will upload pictures of the special liveries in a separate post.

We spent the vast majority of that first day out around the city, and our hotel was on Heathrow Airport grounds, which got me super excited. My excitement paid off handsomely, because we got a room on the 5th floor out of 6, with a view of Heathrow’s Runway 27L. I immediately got to work snapping photos. We rode the London Eye that day, and fittingly, Emirates’ Dubai Expo 2020 livery on the A380 flew right by, so I was able to get pictures from the top of the London Eye.

A good thing about being in London in the summer is that the Sun is up crazy early in the mornings (5am BST) so you can catch a good bit of the early morning arrivals. I checked the arrivals board for the next morning that evening, so I knew when I needed to be behind the camera ready to capture shots.

One evening, we were back at our hotel around 7pm BST, and I had seen a Korean Air 77W taxiing to 27L, so I knew I needed to hustle back to our room to catch it, and anything else that may have been behind it. Unfortunately, in hustling to our room, my phone scrambled my hotel key card, because it would not let me back in.

On Saturday, we took the Eurostar train to Paris, and did virtually the exact same thing, spent the majority of the day in the city. We were at the Louvre that day, and it was scorching hot, like 98 Fahrenheit.

Our hotel in Paris was on the grounds of Paris-Orly. The room was smaller than we were expecting, but we made do.

I wasn’t able to do any spotting at ORY, because our room was more towards the middle of the hotel.

The day we left Paris via CDG as DL263, the Airbus A330-900neo that was carrying us to JFK was late inbound from SLC, and the cleaners took longer than expected. That delayed the flight over an hour, and that nearly spilled over into us missing JFK-CLT. The route operates 3x daily, but the later 2 flights had been cancelled, so we would’ve been stuck in Kennedy if we didn’t make it. 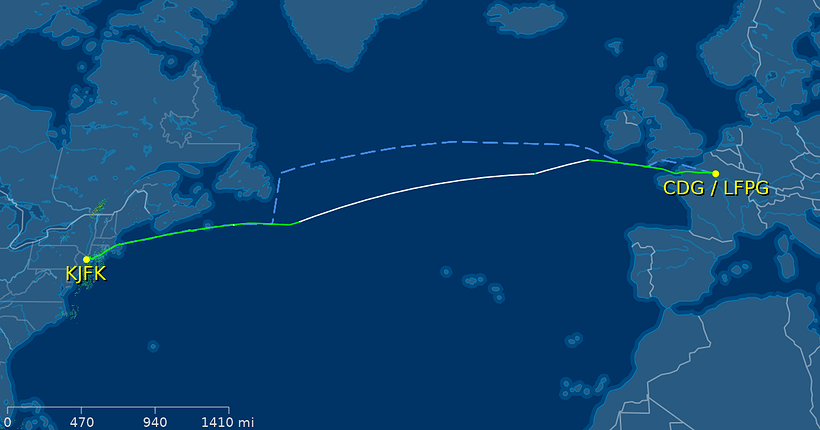 Ultimately, we made the flight with like 2 minutes before boarding began, and enjoyed a fairly smooth ride home as DL5746/RPA5746. 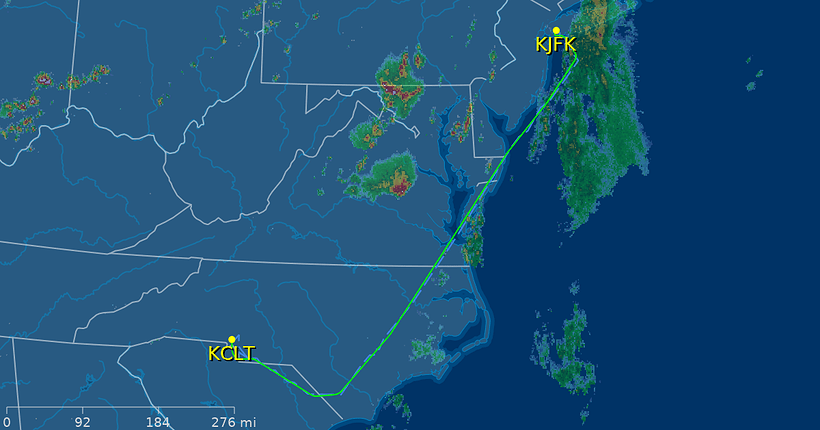 Holy cow that was lot to read 🥵.