Kenya Airways to fly between Nairobi and New York non-stop

Kenya’s flagship airline, Kenya Airways has announced that it would begin flights between Nairobi and John F Kennedy Airport in New York beginning on 29th October 2018. Flights will operate 7 days a week and operated by the Boeing 787-8. As most of you know, the airline has been making losses in the previous years but the financial turmoil is almost over. The airline plans to use this daily flight to increase its revenues hence the reason why flights will start on October. This will be the airline’s longest flight since it stopped non-stop services between Nairobi and Guangzhou.

If everything goes to plan, this will be the shortest route between the United States and East Africa. In comparison, Ethiopian has to stop in Dublin when heading to the States and Canada. 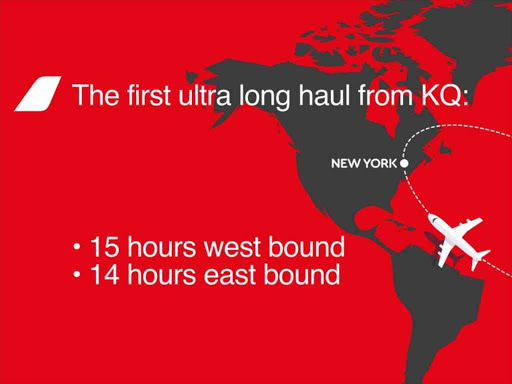 Best of luck to Kenya Airways.

They’re recovering really well. If everything goes right, we might be expecting a profit very soon.