ABOUT LONG ISLAND MACARTHUR AIRPORT
Long Island MacArthur Airport has two of the four major US domestic air carriers: American Airlines and Southwest Airlines, who have provided service at ISP for more than 10 years, and on August 16, 2017 will gain service from Frontier Airlines. By spring, 2018. These carriers will provide service to 14 cities nonstop, with same plane and one-stop connecting service to hundreds of destinations in the U.S, Caribbean and Europe. The airport serves 1.2M passengers annually and employs 6,000 people. ISP has recently launched their “Stress Less, Pay Less Campaign.”

American Eagle:
7/15 - Has Upgraded their KISP - KPHL flights from a DeHavilland Dash 8 to a Embraer 145 starting OCT 5th

Southwest’s one-stop, same-plane service to RDU is the latest in a string of recent improvements and marketing success stories at the airport. “We are delighted that our airport can provide new access to an important business market like Raleigh-Durham,” said Angie Carpenter, Town of Islip Supervisor.

So expect alot more changes to come to this great small airport on Long Island (NY) with International Flights coming (2020) and more things to open up Long Island to the world! :)

What airlines / routes would you like to see come to KISP?

@DeerCrusher is all I can say

Yes!!! My home airport. I love all the stuff going on. I like the quality you put into this thread.
But one thing, you wrote that there will be 14 cities nonstop. You’re incorrect, it will be 17.
Long Island is a beautiful area, beautiful beaches, towns, vineyards, and a booming economy (except for Brentwood and those other few falling apart towns) and I would love to see more service.

The First Frontier Tail Fin Livery To Fly Into ISP Will Be "Champ The Bronco!!"

The plane is about 25 minutes away. I would go spot it, but unfortunately I have things to do this morning. 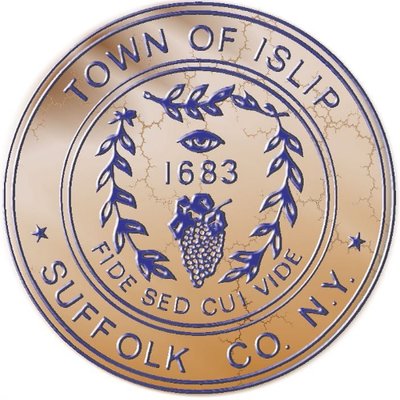 http://airlinegeeks.com/2017/08/16/frontier-airlines-launches-several-new-routes/ You can read all about their new routes here

Looks Like Sunny the Collared lizard will make an appearance at KISP tomorrow!

Some more pictures today from the Town of Islip!

Sometime this year I’m traveling their, I’ve been there maybe 3-5 times

With the new airlines, are they going to add more gates/terminals along with it?

There’s a possibility. But in the short term… No.

We have two concourses in one main terminal. Concourse A has 9 gates (A1L and A1-A8) and concourse B has 2 gates and several ramps/stands. So that means that every 2 hours; the airport can take 11+ planes. So for now, the airport does not need a new termanal. There’s is a possibility that they may add more gates and expand Concourse B, to replace the stands/ramps though.

They have 2 jetways at concourse B, B19 and B23 which frontier will be utilizing both when they add the more destinations. In my opinion tho concourse A is much nicer and modern, Southwest built it for like $50 million


Here’s a post by MacArthur Airport’s FD, you get to see what it’s like inside the fire truck when they give the plane a water cannon salute!
3 Likes
Balloonchaser August 28, 2019, 7:45pm #23

How many people have now been checking flightradar24 everyday to see what livery is coming In today!?!