Completed an entire flight landed, went to parking and about to end flight and app crashed. Happens a lot have seen a few threads same idea I reset my entire device lowest settings brightness and all and still crashes any help???

Thanks for the feedback! Have you attempted to reinstall the app? We have many users on the iPad mini but they do unfortunately begin to age rather quickly with Apple’s many OS updates and such. Continue to run on the lowest setting and let us know if a reinstall helps!

Have you turned off anti aliasing? What it could be, is that when you land, you are surrounded by even more jets. So that increased required horsepower to render all of those jets, could cause the crash. Try lowering the number of planes shown, in the “live” settings tab and see if that works.

Also, I think a device upgrade may be needed…

Any iPad mini will always be less effective at running IF then the equivalent Full size iPad that would have been out at the same time however the iPad 4 which was released at the same time also has issues in which it can’t run everything on full so unfortunately you should expect this. Running IF with lower settings can help this.

Even then, the duration of the flight also matters. The risk of the app crashing increases with the amount of flying time, as the amount of RAM and VRAM continues to be used up (the same also applies to PC flight sims as well).

I can speak for the iPad4 as this is what im using. I need to keep aircraft count down or it freezes up. Unfortunately, the only option to get the best out of IF is an upgrade in equipment, or your stuck with some low settings like me :)

wow, that’s weird. I run on a Ipad 2 and works perfectly fine even with the settings max.

iPad 2? Send a screenshot as that’s unbelievable. Only the Air + can do that 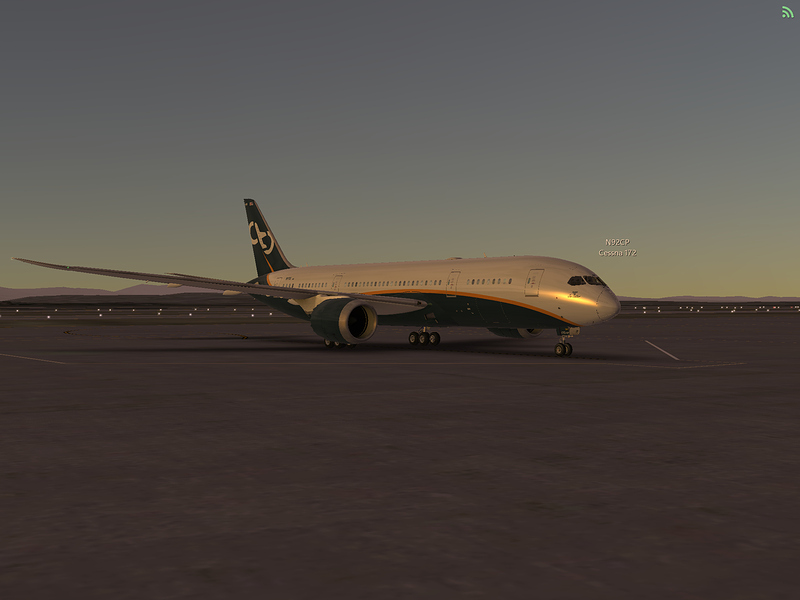 Storage has little to do with performance. You sure you don’t mean iPad Air 2? I doubt the iPad 2 can handle anything at max settings. I mean, iPad 3 was the first one with Retina display. iPad 2 is like a 7 year old model.

I have had some issues with my mini 2 (Which has the same specs as the Air except for the smaller screen) and found that by turning anti aliasing off and turning everything from max to low and medium helped. Because the mini and the IPad 4 have the same specs as stated above but (and this is coming from someone who used a iPad 2) turn everything to low and anti aliasing off.

I found this sometimes helps but hold your power button down until the slide to turn off icon appears. Then hold the home button down until your device goes to the home screen. This Clears your iPads RAM and should run faster and more reliably (again this from personal experience)

oops forget everything I said. It’s an Ipad mini 2 :D

Anyways back on the topic.

Yeah you’re right. I got them mixed up as Gen3 was basically a waste of time.

Yes it definitely was, it apparently had the shortest product life span of any iPad it was 8 months…

ive had an ipad mini 2 with 16gb for the past 4 years, hoping for another good few years. The app runs tremendously well

I use a iPad mini 2 on all high settings.

I sold my iPad Mini last year. Definitely can not run Infinite Flight, even on the lowest settings unfortunately. I’d recommend an upgrade.