As I am sure you have just figured out, I am here today to introduce to you, the community, the 2017 Infinite Flight Olympic Games. This year will be even bigger and better than any other previous games. With seven events, spread all over the world and prizes from the best developers the community has to offer. As well as this, this year we aim to try and build on the failures of last year’s Olympic Games – namely the pilot’s skill and understanding level. So, I advise you read all of the passages below and get a feeling as to what this year’s games are really about:

[details=Pilots]Now last year promised to be a great games aswell, but was partially ruined by some “peanut” pilots. This year, to avoid that, we as a team have decided to introduce a compulsory test to all pilots who hope to compete in this year’s games. This is a basic test and the pass mark is 90%. That is not hard, however, if you receive over 60% you will be allowed to retake again in two weeks. Any lower than that, I’m afraid you will not allowed to compete. Based on their extremely hard work, and that we are using a free trial, IFATCs will be given free access and are not required any testing. The protocol for testing is:

This should hopefully ensure the partial education of the competing pilots.[/details]

And one last thing, if you didn’t see that above, we also have a new official website, which can be found here. 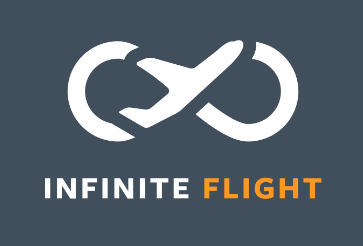 Infinite Flight is a mobile flight simulator created by Flying Development Studios. It features realistic flight physics, multiple aircraft with a wide variety of liveries and upcoming features of...

Created by @BluePanda900, with help from @Bobby, this website will be updated throughout the competition.

I would like to once again, thank our sponsors who are listed below:

It’s great to see them again! I hope to join them soon!

This will be my first Infinite Flight Olympics! Can’t wait it’s gonna be great!

Hope you enjoy the games!

and prizes from the best developers the community has to offer

I hope one of the prizes is a free Live+ subscription lol.

Unfortunately not, but I am sure you can agree that the generosity shown but these two individuals speaks volumes about them as people aswell as developers ;)

You do get to pick who’s on your team, you are allowed to advertise on the community.

So I just registered for a French team. Do I get a response before I can start advertising?

To be frank, that is not our problem. As usual, it is the team’s responsibility to make sure all pilots are committed to their teams and more importantly those prizes. We hope to weed out those non committed by the testing mentioned above, but that is all we can do really

you are allowed to advertise on the community.

Would the topic go into Live? Im assuming.

Yes, it would go in live. You can still find some of the old ones and model it off of their’s.

We also take into account the forum history and maturity levels of the person requesting to start the team. Just throwing that out there

I am happy to announce the inaugural Olympic winner is back again for this year’s games. Always a pleasure Team Sweden!

Hi everybody! I hope you are all doing fantastic. It is with great pleasure that I would like to introduce Team Sweden. With two previous wins we are again aiming for the top spot, of course the 1st position. There are some basic requirements that I have set this year in order to keep everything tidy and neat. They should not be hard to meet. Of course you will also have to pass the official test, but that is to be sorted out after you have sent me a PM where you show your interest for Team …

Great to see the Olympics back. Always has been a truly great event and I’m sure it will be this year.

Is there a team GB anywhere?

It has been requested by @ThomasR , so stand by for his approval

Someone should make a North Korea Team. Although, they actually don’t take part in the Olympics.

If anyone who plays infinite in North Korea, then I’m sure there will be.