Is this really worth to by?

It’s a good app! But as you can see the developer has stopped responding to issues. I myself brought up an issue about two weeks ago and never received any support.

I’ll be moving on to inflight assistant as soon as the android version is released.

I’m also going to switch it to Infinite Assistant

A bit pointless as they are both good to work in hand together. The realism for the airline packs then the warnings and all that while flying from IF assistant

Pay £5 for the app then another £5 for some aircraft warnings. 🤔

Whenever I use Infinite Passengers, my speed callouts work. Thanks @Luqman_Hussain for all of the hard work you put into this AMAZING app! :)

Depends on where you asked the question. We currently have no open tickets on the RECOMMENDED support portal https://ifpax.freshdesk.com/ for you. There is a link for that on the infinitepassengers.com website and inside the help button of the app.

It’s a good app! But as you can see the developer has stopped responding to issues. I myself brought up an issue about two weeks ago and never received any support.

Ive been flat out working on the new release which will have Cargo section and some other cool stuff. Sorry ive not been on IFC much. however all support issues on the proper site https://ifpax.freshdesk.com/ have been dealt with

Developers. I recently bought the Qatari Sound Pack and I would like to know if later you plan to improve the style of your sound packs. The sound feels like the announcements are a recording, and not a real flight attendant quickly running through safety announcements. This is of course, a small realistic request. In other means the app is great. One more thing! Unfortunately I’m not getting V speed callouts!
Thank you!

Most airlines now show a recording and its not flight attendants that do the talking. This also applies to Qatar

My dear sir the link you have shared in the previous replies, I’ve tried all the mentioned steps but anything haven’t work I’ve have 2 Devices both are on more than 50% space remaining
Galaxy S6 & Oppo F1S 64GB,
2 Wi-Fi connections &
3 Mobile data connections all 4G
Please guide me the relevant solution for the same I don’t want to uninstall the app

The link was to create a support ticket. Ive PM’d you some troubleshoot steps

Anyone looking for a pilot?

What devices and version are you on?

Hi Milo,
The Dev said to raise a support ticket at https://ifpax.freshdesk.com.

Also please for any support issues post them on https://ifpax.freshdesk.com I only answer support tickets there.

I have the last IPad Pro the small version 3.6 version

Any plans for a pack with all the airline sounds? I have already spent £9 and I really don’t want to spend another £1 for each one.

Is there infinite passenger for android yet?

Yes and you can get it here: 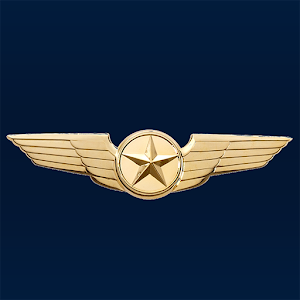 Infinite Passengers adds the elements of airline fleet, passenger satisfaction and pilot skills to Infinite Flight.** With this paid version you get all the sound packs included free **Here are just a few of the current features:• Create virtual airline, purchase aircraft, recruit pilots• Play official airline boarding music and safety announcements• Added V Speed callouts• Test your piloting skills• Connect to Infinite Flight and get a report on the professionalism of your flight• Monitors air ...