As some may know I am a registered Developer for Google and that I’ve been working on getting my BIG IDEA implemented into the next OS Release (still a work in progress). Yesterday I received a copy of the Developer’s Preview of this exciting update and first thing I wanted to do is see how Infinite Flight performed. Since the first question most will ask is does IF work as is and the short answer is yes, there will require a few modifications needed from FDS, however I just wanted to post a short video and have the distinction of being the first one to not only use IF on Android N, but also the first to post a video, albeit a test video …

That was a beautiful approach and landing!

there will require a few modifications needed from FDS

Anything that stands out needing attention?

As you may know the logs are quite long and/but I do know it has something to do with the libraries. I was really tired last night having just finished my out of town business, however I’m going to review my entire log and isolate the particular flag. Can I continue posting here?

Here is where you’ll find a lot of the new running managements as well as what is possibly causing the flag. (Please note that the Sim still runs.)

Sure, post here. It will probably be solved eventually (from the libraries used) when N is closer to release, it’s in a fragile state now so I can’t imagine them doing much with it right this instance…

Also, FDS should be aware Google’s new OS will be released earlier than historically as to get a jump on Apple’s new OS.

May I know what’s this Android N about?

Sure, the current latest consumer release of Google’s Operating System is Android M (Marshmallow) and the next release is/will be Android N. As with any Operating System new release there are either new and/or improved features and abilities that prior releases didn’t have or were only incremental in nature. The big drive with any Operating System is to build upon what’s been accomplished and expand capabilities that are available on previous releases hence Preview Releases. Google has been working on implementing multitasking and second screen capabilities since Android K and now mobile hardware capabilities are such that these ideas can be brought to the front of development, which is where I’ve been working. My BIG IDEA is to be able to run Flight Simulation capabilities somewhat like on a PC, whereas one can have a big screen, like a TV or Monitor, for everything outside the windshield and on the Device of origin the Flightdeck/HUD/Maps etc. That is my vision and a dream I’m sure a lot of Simmers would like to see as well. Thank-you for your interest and your question. There are already, on either Apple or Android, apps available to do this very thing albeit coupled with a PC running the Sim and the above mentioned capabilities on the Mobile Device. I hope I’ve been able to answer your question and please don’t hesitate to ask anything else about it, or express any ideas of your own.

I’ve been working with multitasking windows for a few hours and have sent my report via the Preview link and I’m excited to say that, keep in mind everything’s experimental at this stage, that I can get IF and IF Tracker working simultaneously, however I can’t get IF to show itself fully, ie it seems to cut off about 2/5th of the right side of the screen so I can’t press the Fly button to start it. Note when I first started this afternoon i couldn’t get it to start at all, remember it’s a work in progress as I fully expect these glitches to be worked out. Thank-you for letting me share my previews and please don’t hesitate any suggestions. Here are some screenshots from today … 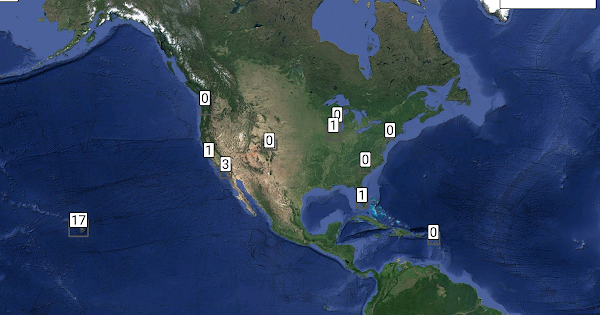 It is hard for us to improve anything until Android N is final. We depend on 3rd party frameworks that usually need to be updated when a new version of an OS comes out.

Good to know. That release will be around May of this year.

Tomorrow I’m going to try to force resize of the frameworks so maybe you won’t have to redo.

What do you mean by flight simulation capabilities? I think we already have them. Or am I forgetting something?

next release is/will be Android N.

Will I have it on my Galaxy S5? I received a software upgrade last month, but its still Android 5.

Maybe you could work in a console control compatibility. I mean, they have a USB port that can be connected to the phone.

Hello, hope your day is good …

On the first question … extracting the quote from the full sentence and removing it from the context of the conversation renders the quote up for interpretation, so I’ll put it back into the whole sentence and render the context intact and reiterate for you … Many, if not all, of PC Flight Simulators have add-ons or snap enlarged instrumentation which can be used to bring more realism to the user, this is possible because of multiwindow or multitasking capabilities built in to the operating system and enabled thru either third party programming or the Simulator itself. My BIG IDEA, the topic I’ve named under my Development with Google, is to bring this capability to Android and thus enable the things I mentioned above.

On the second question … As far as OS Updates the average user has to depend on what’s called OTA Releases. So, what does this mean exactly … It means that if you haven’t rooted your device and know how to flash the image yourself you have to wait first on Google to release the OS Update to your Carrier which then they work with and then release their modified version for your particular hardware. If you want to stay on top of these things you can subscribe to the appropriate Manufacture or Carrier or Newsfeed that will keep you up to date on scheduling for such things. Again, I hope this furthers the understanding of the topic and inspires you to learn more about it.

Part of my Project on projecting to another screen will take some time, however with the further development of multitasking as a norm being brought to N it will be possible to do the same as what I’ve mentioned before now on one screen with multiple, at this time only two, windows and look forward to seeing FDS take advantage of this capability. Also below I’ve shared a timeline showing projected updates and final release, beginning as early as May and as late August. Personally, going by what others are thinking in the Console Blog, it will definitely be earlier than historically.

Hello, hope your having a groovy weekend …

Spent a couple of days looking at the inner workings and hidden features of the way Android N will be handling memory management, background services, and job requests. There is indeed a seemingly total rewrite of how these things occur as multitasking/multiwindow is the star of the show. At the moment only two windows are available, not sure if this is a limitation, current enablement, or something third parties will be working with (such as window within a window thereby enabling four windows). Also I’d like to share that current state of multitasking in this Beta environment presents only one window active while the other window is semi active (not quite passive not quite active) and while one can switch between windows making one or the other active, I haven’t found a way to render both active. This is the only Sim currently available on the Android Platform that has a companion app for it so I’ve been using Infinite Flight as a standard. Other Sims that I’ve tried in this multi window environment actually resize and run really well albeit there isn’t any companion app to run in the other window. Am still looking into how to force resize of the frameworks since I’m still encountering the same right side cutoff I mentioned to you earlier, any ideas on this would be greatly appreciated. Also I am consulting with another Developer well established in screen mirroring to enable casting of one window to another screen while keeping the other window on the Device of origin.

The latest Android and Google Play news and tips for app and game developers.

New support in Android N for showing more than one app at a time.

“Multi-window - A new manifest attribute called android:resizableActivity is available for apps targeting N and beyond. If this attribute is set to true, your activity can be launched in split-screen modes on phones and tablets. You can also specify your activity’s minimum allowable dimensions, preventing users from making the activity window smaller than that size. Lifecycle changes for multi-window are similar to switching from landscape to portrait mode: your activity can handle the configuration change itself, or it can allow the system to stop the activity and recreate it with the new dimensions. In addition, activities can also go into picture-in-picture mode on devices like TVs, and is a great feature for apps that play video; be sure to set android:supportsPictureInPicture to true to take advantage of this.”

Thanks for your time.