In-Flight Assistant (Android): V-Speed Update (1.3) is out! Bring your Infinite Flight experience to a new level!

Those are not working on my device :( any idea ?
EDIT: Airbus landing isn’t working either i don’t hear “retard”

Hmm we’ll figure it out. So you’re saying if you start to crash to the ground, you’re not hearing “PULL UP”? Is that correct?

And re: the “retard”, are you actually flying an Airbus?

So great news, everyone, I’ve officially removed the app from Beta - the FULL RELEASE is now being rolled out to the Play Store over the next few hours! Once it’s out, a simple update should do it.

If you’re enjoying the app, could you please take a moment to update to the production version, and then rate the app and write a short review once you’re able to? That would be very helpful. Thanks!!!

To be clear i hear pull up sound but no sounds such as “terrain” or “too low,gear” and yes aslo no retard sound when flying airbus.
Edit:Sounds that i don’t hear;
“SINKRATE”
“TERRAIN! TERRAIN!”
“DON’T SINK”
“TOO LOW, TERRAIN”
“TOO LOW, GEAR”
“TOO LOW, FLAPS”
“RETARD, RETARD”

no sounds such as “terrain” or “too low,gear”

sometimes certain GPWS ones just don’t happen. No idea why

OK this both seems to be the same issue and nearly every time I dig deep with people coming with these issues it’s because the GPWS callouts are very complex in when they trigger.

One thing to check if you want to understand the GPWS callouts is the official EGPWS manual by Honeywell: https://aerocontent.honeywell.com/aero/common/documents/Mk_VI_VIII_EGPWS.pdf

So “TOO LOW, GEAR” for example, will only trigger at certain speeds and certain altitudes.

“TERRAIN” is a bit trickier since IF’s AGL scanner only really scans every few seconds or so, so if a mountain is coming up quickly it won’t notice it fast enough.

“RETARD” should work fine - it will only come between 10 and 19 feet, so my guess is you’re landing very hard and fast? Try a softer landing…

“DON’T SINK” should come if you take off to, say 200 feet, and then start to sink again.

If you can find a step-by-step procedure where you’re sure a callout should come, let me know and I’ll test it (or @Jan or @anon2063420 will, they’re often faster than I am 😃).

Thanks. As you say maybe it works good in true conditions.I’ll give it a try,if the problem still exists,i’ll dm you with more details.

Perfect, thanks so much. Here’s what I’d need (this is not just for you but anyone else, too, so I’ll post it here) for a callouts bug report, you could just copy, paste, and fill it out:

(Screenshot of settings)
Aircraft:
Airport:
Step-by-step Procedure: (e.g. which altitude did you take off to? Some callouts don’t trigger until you’ve at least passed 1000 feet AGL for example. Also: was your gear up or down? What were your flaps set to? What was your airspeed?)
Callout you expected but didn’t get:
Other comments:

You can do it without any hesitation… Everything is working perfectly 👌

Bought the app and the call outs and it all worked great. I just didnt get the minimums or terrain call out. Galaxy S6 on latest android worked good

Make sure you are adjusting the altitude of the call outs. If you are landing above 300ft MSL the call out wont be there as it calls out based on your MSL not your AGL.

So, should I initially set my call out for departure and then again for arrival but for MSL ? I do get the Too low gear command. Is that the sane as the terrain warning?

I do get the Too low gear command. Is that the sane as the terrain warning?

TOO LOW GEAR is already terrain warning, yes. There are a few others, though, like TERRAIN, TERRAIN, or TOO LOW, TERRAIN, or PULL UP. Each one is played in different circumstances based on speed, aircraft type, gear and flaps configuration, altitude, and flight phase.

Again, if you’re interested, check out the full spec and those charts in the PDF, it’s surprisingly readable for a manual. By now, I am 95% certain the callouts are working correctly in Android (100% in iOS 😃).

So, should I initially set my call out for departure and then again for arrival but for MSL ?

No, you only need to set stuff up once. MINIMUMS is for arrival and is in MSL.

Hey @epaga, I know you’ve just released the app (great job!). It seems as though the IOs app is slightly ahead of the Android one, is that right? What plans do you have for the app in future?

One humble suggestion if I may - it would be nice if we could try one of the features per category (e.g. GPWS category) without having to buy the whole package first. I think some apps do that. That might ‘entice’ people to buy the package if we like it. Again, just a thought.

Yep a trial doesn’t sound like a bad idea…will think about it. Thanks!

Cool! And how about future plans for your app. Can you tell us what you have in mind? Thanks

Well I’ve been trying to give ratings to the app, but seems I can’t do i need to reinstall it? Still shows me the line ‘You’re a beta tester for this app. Awesome!’

Thanks for saying something, I was wondering what was going on – no ratings at all yet. Google support told me you guys could still rate and write reviews once it was in production. Hmmm…

Could you try reinstalling from production and see if you can rate then? If not, I will disable the beta.

Sure lemme give that a try.

OK I Figured out I needed to remove the app from the beta in addition to publishing it to production in order for people to be able to rate and review it.

So now everyone should be able to rate and review the app on the Play Store. If you like it, could you take the time now to do so? 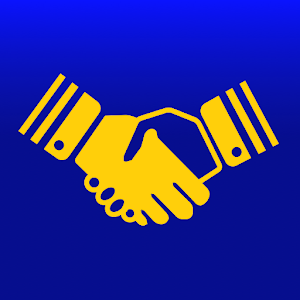 Add a whole new dimension of realism to your Infinite Flight experience with this polished, third-party add-on to Infinite Flight, the best mobile flight sim on the App Store!Hear over 30 co-pilot voice samples during your flight, whether it's takeoff callouts like "V₁", "Rotate!", or "Positive Rate", or whether it's warnings when speed limits are being approached, or confirmation callouts when setting flaps or gear settings.In-Flight Assistant is NOT a flight simulator itself but rather require...