IFC Region of the Month | The Azores

I am excited to announce that after a short break, Region of the Month, a topic series dedicated to encouraging people to fly in the many beautiful places in the world that don’t get enough attention in Infinite Flight, is back! In this third installment I will be writing about the beautiful Azores islands and showing their best scenery, airports, and routes. So sit back, relax, and enjoy! 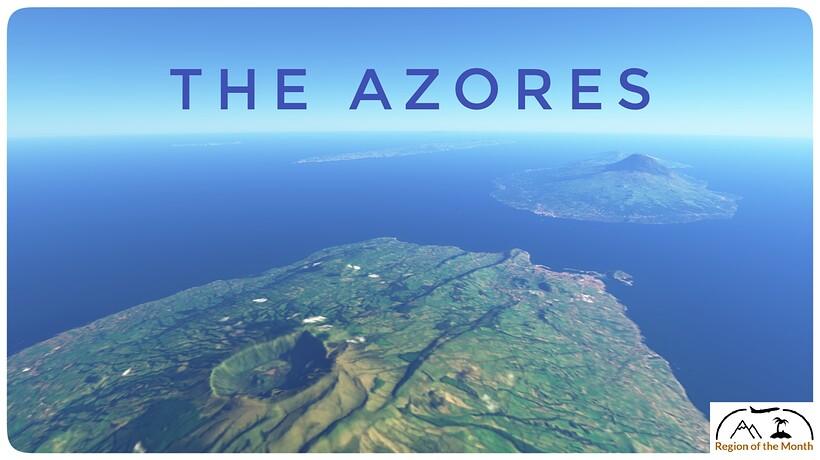 The Autonomous Region of the Azores is a collection of Portugal-owned tropical islands located in the northeast section of the Atlantic Ocean. There are a total of 9 major islands in the cluster. These are Flores and Corvo, to the west; Graciosa, Terceira, São Jorge, Pico, and Faial in the centre; and São Miguel and Santa Maria to the east. They take up a total of 901 squre miles and primarily consist of farm land and forest area (although much of it has been cut down). The Azores were formed volcanically similar to the Hawaiian islands because they sit on a triple junction between three of the world’s large tectonic plates. Although most the volcanic activity is now idle, the islands are full of massive calderas and volcanos, including Mount Pico, the Azores’ highest point. Although they are small, the Azores are an absolutely beautiful place to visit both in real life and in Infinite Flight. Make sure to visit this European Hawaii on your next flight!

Even though they are close together, each island in the Azores is very different from the next and is easily recognizable. Here are my top 3 islands: 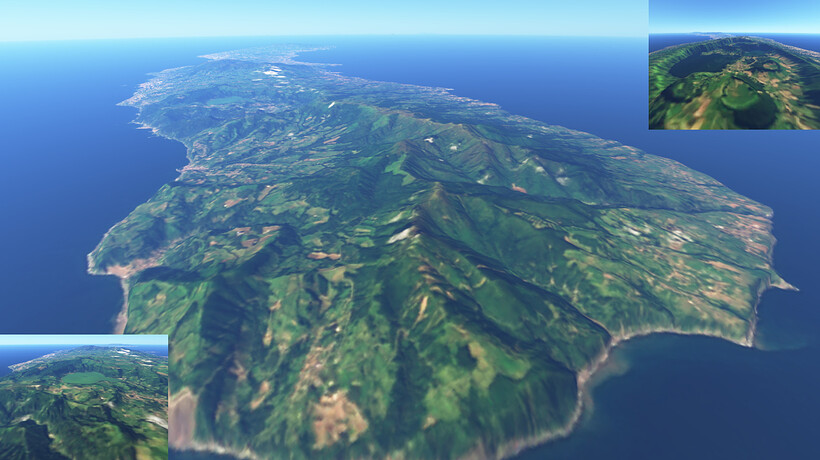 20181003_1146382048×1152 620 KB
Sáo Miguel is located in the Eastern Group of islands. It is the largest island by a long shot (almost 2 times the size of the second largest) and holds over 50% of the Azores’ population. On this island you will find many different volcanic craters and mountains, as well as a flatter urban area in the middle section. Sáo Miguel contains the most interesting geological features of the area, in my opinion, and is very abundant in them. 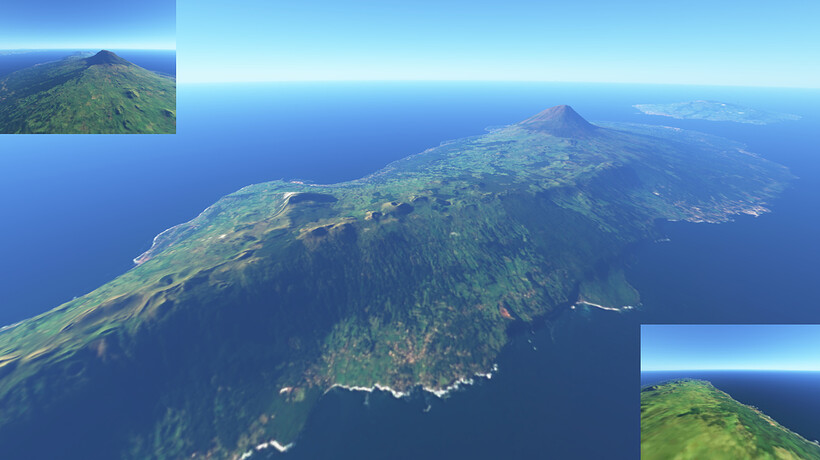 20181003_1142472048×1152 467 KB
Pico is clearly the most visually striking island in the Azores, especially from the air. The center of attention, of course, is Mt. Pico, a 7,000 ft. tall stratovolcano located on the Eastern end of the island. The highest point in the Azores isn’t the only mountain on Pico though, as it is home to the area’s largest mountain range, which basically makes up the whole island with not much room to spare. I strongly recommend flying around this centrally located island for some incredible scenic views. 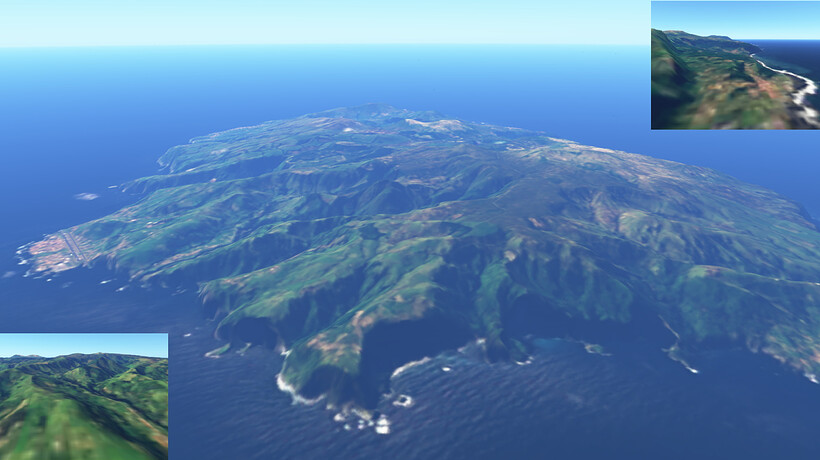 20181003_1144312048×1152 476 KB
Located to the far west of most of the islands, Fores is commonly referred to by tourists as the most beautiful island in the Azores. It is much smaller than the islands mentioned above and is home to only 3,000 people. It is best known for its abundance of flowers, hence its Portuguese name of Flores. Although you can’t really see the flowers in Infinite Flight, it is still lots of fun to fly around because of its unique landscape, which includes lots of small, deep canyons that open up toward the ocean.

The Azores have a total of 9 airports, one on every island. Each is a small single runway airport with an absolutely beautiful approach over the ocean. Here are my favorites: 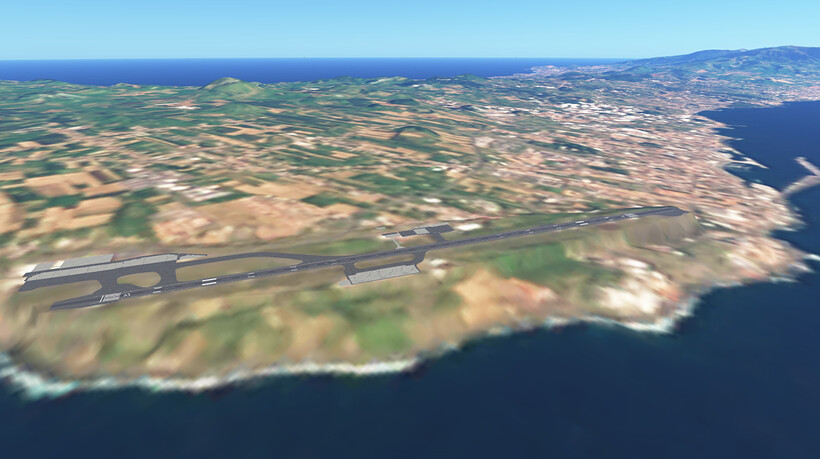 20181003_1651522048×1149 545 KB
Chances are that if you have ever gone to the Azores, you have flown into this airport. LPPD is located in Ponta Delgada, the largest city in the area, and is the only significant commercial airport in the islands. In fact, it is the only airport that offers international flights or international airlines. It is also the hub for Azores Airlines, the official airline of the area, and the only airline that serves its other airports. This small international airport is perfect if you are planning on doing a long hall flight out of or into the Azores. Info on routes and airlines can be found here. 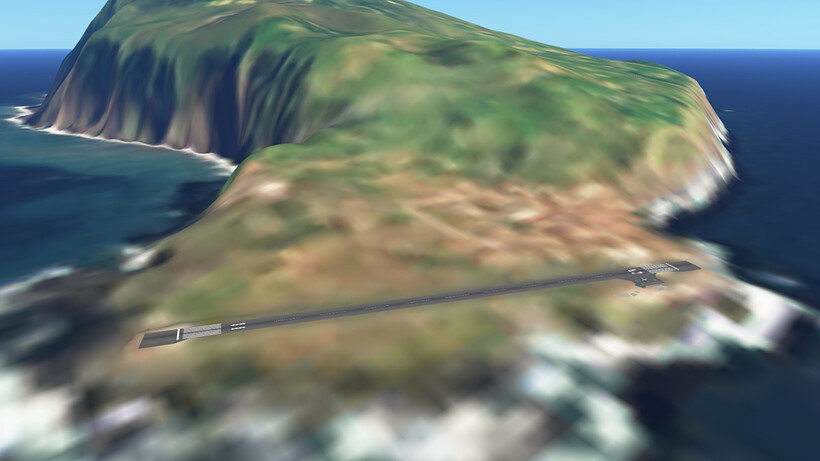 20181003_1651152045×1151 364 KB
This tiny airfield made the list because of its extremely short runway which is just over 2,000 feet long. LPCR is located on the smallest island of the Azores (Corvo), which, with its steep landscape, hardly has enough room for a runway. The airport sits on the one flat area of the island and spans the entire length of it. This is a great airport to fly a TBM or a C208 out of and check out the small but beautiful island. Just be careful you don’t overrun the runway or you will be in the ocean! More info here. 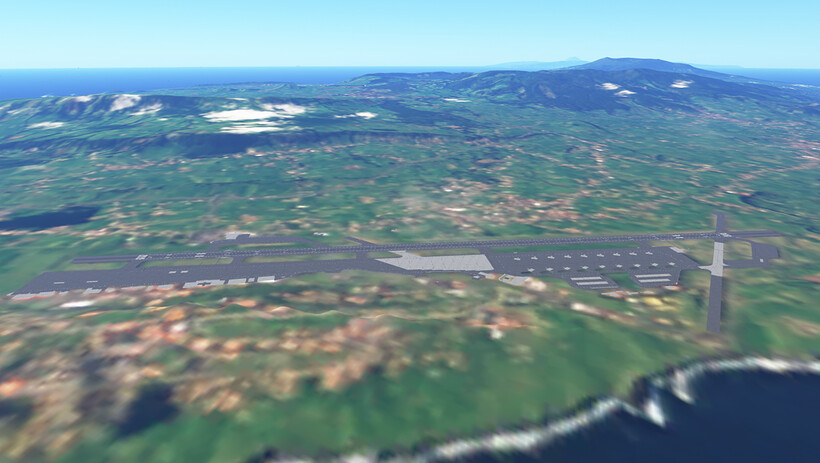 20181003_1652172048×1159 565 KB
Lajes Field, or Lajes Air Base, is the largest airport in the Azores by area and is a base for both the Portuguese and United States airforces. It is located on Terceira, a mid-sized island located in the middle section of the area. Lajes provides support to 15,000 military aircraft including KC-10s and F-22 raptors. It is also offers a few civilian flights to nearby islands. Find out more about it here.

Although there isn’t a massive aviation industry in the Azores, they are a ton of fun to fly in and out of. Here are 3 routes that I recommend you try in the next few months: 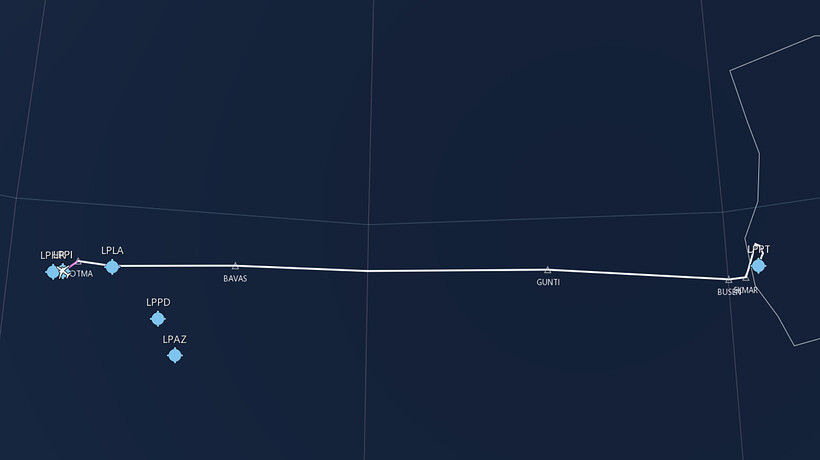 20181010_1007321795×1009 76.5 KB
Besides LPPD, LPPI is the only airport in the area that offers a flight off of the island. This 3 hour flight leads to Lisbon, the capital of Portugal, the homeland of the Azores. It is operated by Azores Airlines, which unfortunately we don’t have in Infinite Flight, so I recommend you use the generic livery. This is a beautiful flight to do if you want to see the 2 largest sections of Portugal. 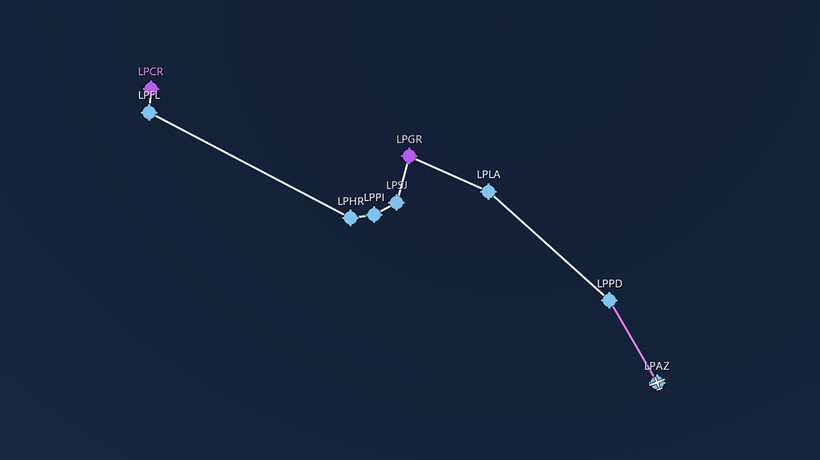 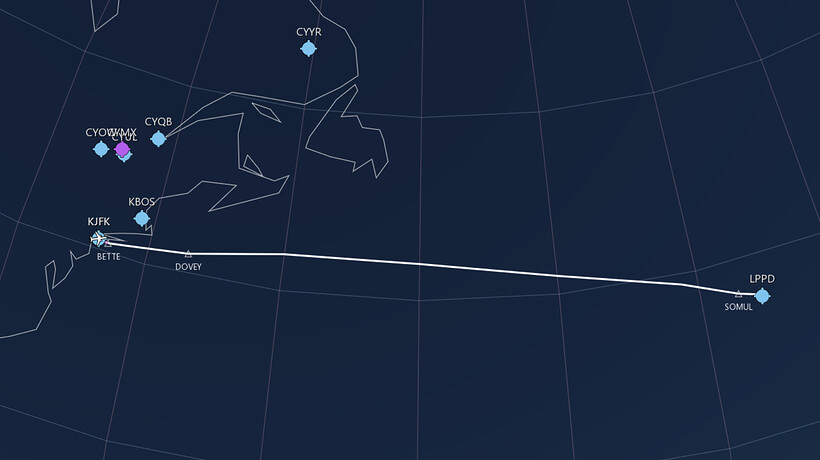 20181010_1008031718×966 123 KB
This is the only flight to the Azores operated by a US airline, and is only operated on a seasonal schedule. It takes off in New York, one of Delta’s hubs, and lands in Ponta Delgada, which is, as I said earlier, the only international airport in the area. The main attraction of this flight is the beautiful approach: you get fly to over 7 of the 9 islands before landing.

Thank you so much for reading the October edition of Region of the Month. Make sure to check out my previous articles on Montana and Ethiopia! This series takes a lot of time to research and write, so I want to make sure everyone enjoys it. Please let me know what you think of it by commenting below or sending me a PM. Also, in case you missed it, I will not be writing this series as regularly anymore. You will see new articles every 2 to 3 months now instead of every month like I used to do. More info here:

Future of the "Region of the Month" Series

Hello guys, As you may know, a few few months ago I started righting a new topic series on IFC called Region of the Month. The purpose of this series is to encourage people to fly in the many beautiful places in the world that don’t get enough attention in Infinite Flight: These articles take a lot of time to research and write, and as I began to write a new one for September, I released that it might not be needed. There are several other topics on IFC, such as Suggested Routes, Must see…

Have a great rest of your month everyone! Hope to see you flying around the beautiful Azores!

Awesome, I gonna start the flight and tour tomorrow!

Flew to the Azores not to long ago, it was a great flight!

What about PVD? Azores flies to PVD seasonally on their A321.

Nice region, haven’t flown there yet

Ohh glad to see this back up
This will encourage many pilots to come out to these regions,hopefully they match with IFATC many times.

Loved flying around the Azores. Such a beautiful place to explore. I’ve personally done LPPD to KBOS and it was a great flight!

Wow, looks great. Im gonna have to fly there soon.

Great place for landing your A330 with no engines. Engines or not, I’m going there as they look spectacular, especially Pico Islands.

Awesome! I’ll definetly try out a few of these airports and routes!

Very good, thanks for posting this!

Awesome! What route did you do?

Lajes also hosts several foreign national air forces, you can often see Israeli, Kuwaiti and others who are
On transit to the U.S. or staging from Lajes itself. Back in my AWACS days it was a fuel stop and transition base for the 964th AACS. Excellent region! Some pretty extreme weather out there as well.

Awesome info and thank you for your research. I will be flying there shortly! Cheers 😁

Interesting fact about the Azores, on August 24, 2001, Air Transat Flight 236 lost all engines power after running out of fuel over the Atlantic. Cpt Robert Piché decided to land on Lajes Airport. The plane glided for a several time and the Cpt had to execute one 360 degree turn, and then a series of “S” turns, to dissipate excess altitude. He managed to land at approximately 200 knots (370 km/h), and fortunately, due to the long length of the runeway, plane could brake before outrunning it.
This article on Wiki explains it well: Air Transat Flight 236 - Wikipedia 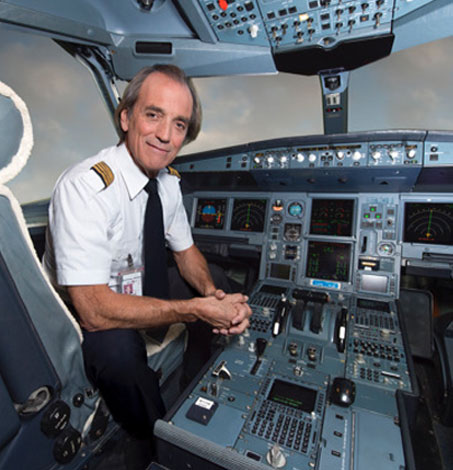 Tonight, I flew in Solo over the Azores!

Over Mount Pico while moonrise and sunset is happening. 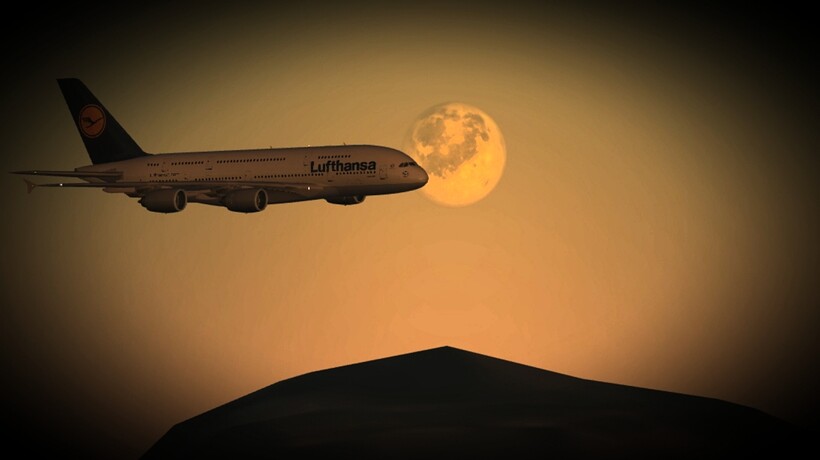 Awesome picture, thanks for sharing! Mt. Pico is definitely my favorite landmark of the area.