When I was on a moment ago, I tried to join the expert server, and in the corner it says I am grade 4, but It says I am grade 2 and am not allowed on? I did get reported at Perth a moment ago for a mistake taxiing, but It did not say ghosted, and nothing shows up on my chart, here are pictures, all taken after multiple refreshes of the application… 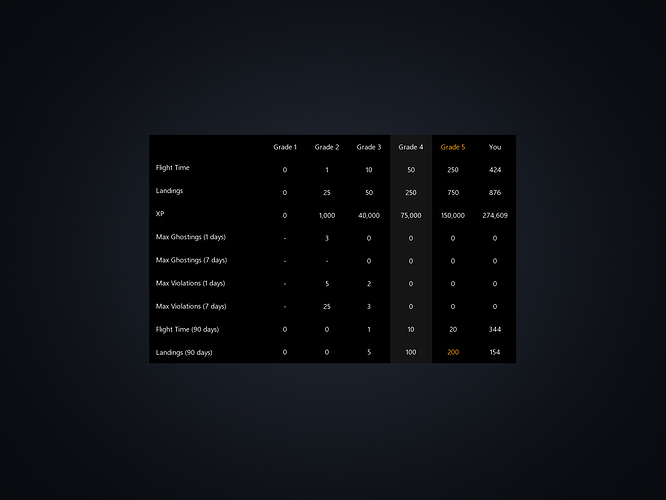 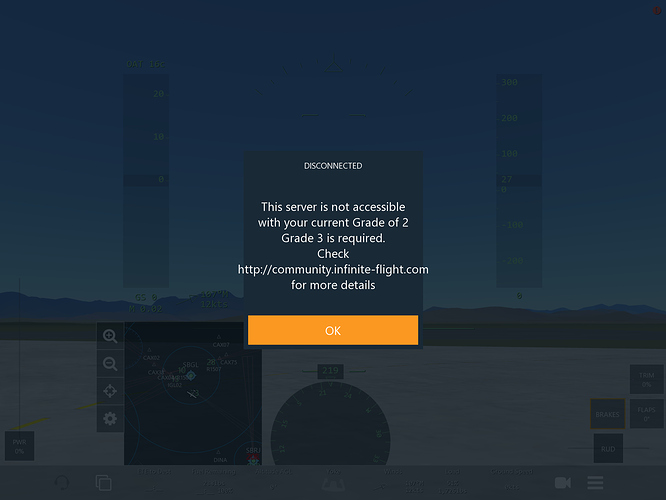 Did you try and restart your device?

Reinstall the app and restart your device.

You appear to have gotten ghosted. Usually it takes a few minutes to update your grade.
Reported = Ghosted

It has been a short while since it happened (at least 5mns), I will restart, and see if that works

That is what I thought, it is more that it is not showing up

Try doing a flight on casual. I think sometimes that’s what makes the stats update…
It might just be the grid that didn’t update yet.

Did you reinstall the app? And sometimes it helps to fly a flight on casual.

I did get reported at Perth a moment ago

Guys, why are you asking him to reinstall, do flights in Casual etc? The answer is here. It’s just the grade table that haven’t yet updated…

Well the table still has not updated as of yet, that is more what I was asking about

Give it some time. It’s pretty obvious that you were ghosted as to your own statement.

Ok, I know that I was ghosted it was my mistake, I was asking more about the table not updating after a wile, you can close this if you like

What was your callsign?

Qjet-901, but I did make a mistake and it did say I was reported, so I am sure this is it, I was just asking about the chart