Albert Einstein wrote that Astronomer Simon Newcomb’s life work was “of monumental importance to astronomy” and that he was “the last of the great masters who calculated with painstaking care the motions in the solar system." His calculations of the motion of Mercury were used to confirm the General Theory of Relativity. He was the scientist of the day in is time, worldwide. He was the visionary in the classic “The Time Machine” who saw that time travel was an idea worth considering. He discovered Benford’s law which is used today for numerical fraud detection …BUT:

Simon Newcomb: “Flight by machines heavier than air is unpractical and insignificant, if not utterly impossible.”

The next year the Wright Brothers made their first flight. 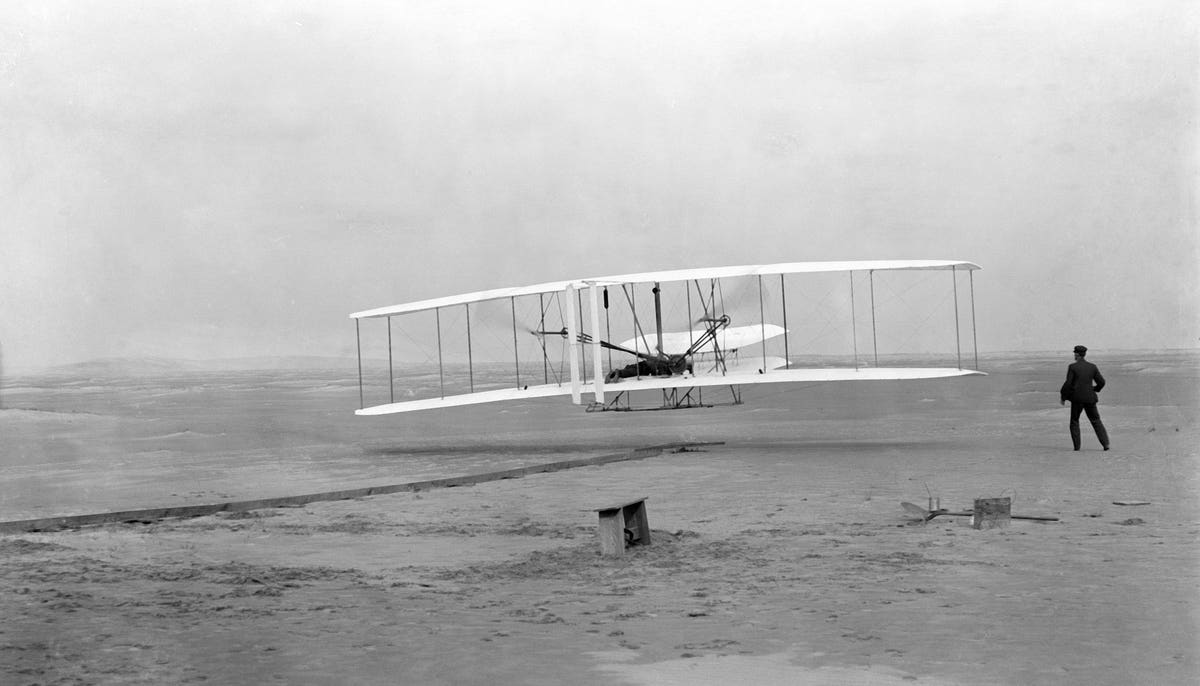 Why The Wright Brothers Flew

Not that’s how you prove someone wrong! Go big or go home am I right?

Absolutely, smartest guy on the planet, had to concede. What would he make of today with, (before covid) a million people continuously up in the air in metal tubes around the world!?

I’d like to see the look on his face when he finds that out. 😜

That’s a crazy story, shows you just how much technology and science has progressed over the past century.

I also have a proclamation: me winning the lottery is impossible 😉 😂

Wow, you’re right about that! I was just looking at a timeline of aviation, in steps of roughly 2 decades:

There’s a crazy punch line to this I failed/forgot to mention. This scientist who said flight was impossible. I found out his daughter is my great grand Aunt. What are the odds?