Hey everyone! Today I will be showing you how to put more realism into your flight by including North Atlantic Tracks in your flight plan. It’s a very simple process to follow, so let’s get started.

What Are North Atlantic Tracks?

North Atlantic Tracks, officially titled the North Atlantic Organised Track System, is a structured set of transatlantic flight routes that stretch from the northeast of North America to western Europe across the Atlantic Ocean (Wikipedia).

How Does It Work?

Since the Atlantic is a crowded airspace with thousands of flights per day crossing it, there has to be organization. To achieve this, air traffic planners in Gander, Newfound Land and Preswick, Scotland create routes across the Atlantic that are weather optimized. Each track has its own name, Zulu being the southernmost, then Yankee, X-Ray, Whiskey, and so on. These names are to allow pilots to easily request a track. Most of the time they are permitted to go on their desired track. If not, it’s because they would be too close to another aircraft (Since there’s no radar in the Atlantic Ocean, controllers at Gander have to ensure that aircraft are atleast 15 minuets apart), and they change their flight plan to accommodate for the track they are given.

How Do I Find and Read The Tracks?

In raw form, the report for today’s tracks looks something like this:

You can find this report updated on a daily basis here

Breaking it down piece by piece is quite simple. Let’s take track “Zulu” for our example.

Disregarding the “Part Three of Three Parts,” the first thing we see is the letter “Z.” This indicates which track it is, in this case “Zulu” (if you’re unfamiliar with the phonetic alphabet, refer here).

“EUR RTS EAST NIL”=Preffered entry route from Europe (as this is an eastbound flight from America, it reads as ‘NIL’)

How Do I Use This In IF?

First, choose an entry route. Find out how right here:

Next, find where your entry waypoint is. This is the first waypoint on the map, in this case TUDEP. Once you have a general idea of where it is, add a few waypoints leading to it like so:

Now we add the waypoints from the established track:

After that, add the last few waypoints from MALOT (exit waypoint), and you’re done!

There are also Pacific Tracks and Australia Flex Tracks

I hope this tutorial helps to make your flights a little more realistic. Thanks for reading! 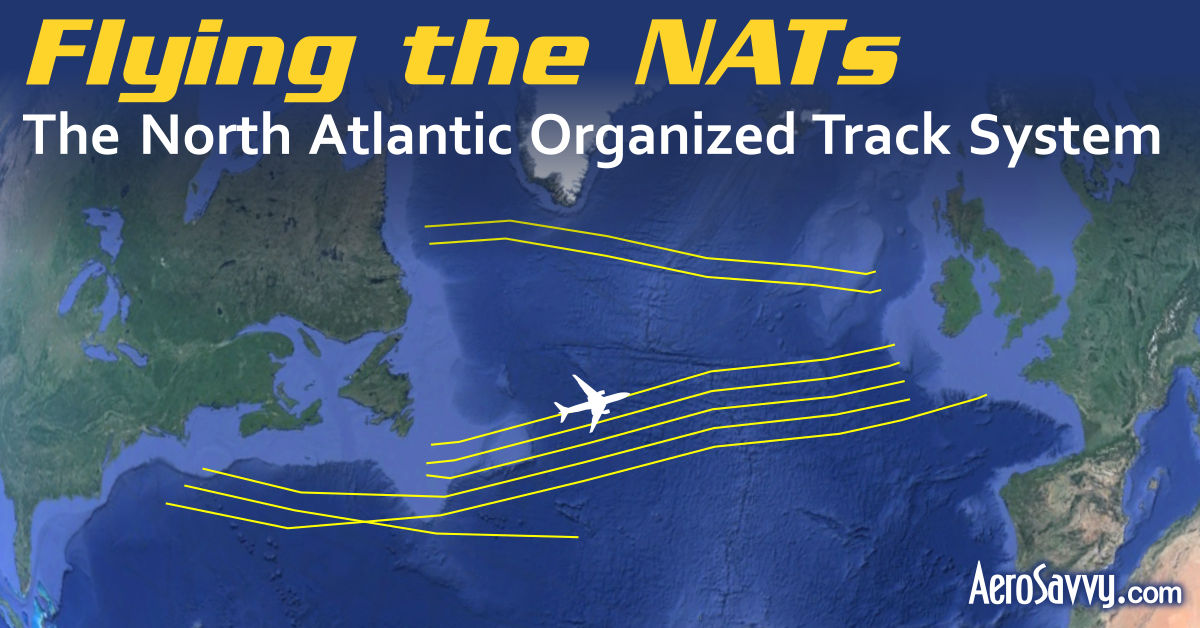 Each day, over 2000 aircraft fly across the Atlantic. Find out how pilots navigate and communicate on the North Atlantic Tracks!

Great tutorial @DiamondGaming4! Does SimBrief use the tracks or does it make it’s own?

@Cbro4 Shanwick assigns different tracks daily so I just grab the list every day to make sure. Random routing can also be used but of course you’ll be assigned a flight level either above or below the tracks.

This is so amazing thank you

Scroll down to the Route section!

After about an hour and a half of research, eyerolling, hair pulling and reading long monotone FAA regulations, I’m pleased to reveal how to find your “entry route”.

For the amount of research I put into it, I was pretty upset to find that it’s as simple as going to skyvector.com and making a few changes to the map. Without further ado, here’s how:

First, (as stated before) go to skyvector.com. From there, go to Layers>Nav>North Atlantic Tracks, and check the boxes. The tracks should appear on the map for that given day. Each track should have one or two routes heading to it. It should look something like this:

Each of these branches towards a given track. If you zoom in close enough, you’ll find waypoints on the end of each route. For example, at the beginning of the routes heading to NATs “U” and “T”, the waypoint is “CEFOU.”

From CEFOU, the routes branch to either TUDEP or ALLRY, which are the entry waypoints for T and U. So, in your flight plan, all you do is put your domestic waypoints, then (assuming we’re taking U), put waypoints CEFOU and ALLRY, add the coordinates inbetween, and finish your flight plan with the exit waypoints and the other domestic routes on the other side of the Atlantic.

This will be put in the actual thread. I hope this helps some of you improve realism in your flights!

Correct me if I’m wrong but CEFOU stays the same, however U, and T will change everyday depending on weather?

They both change day to day. The entry route and track change based on what Gander and Shanwick decide.

After they waypoints are changed do they still use the same name?

Yes. The names are Zulu (southernmost), Yankee, X-Ray, Whiskey, Victor, Uniform, Tango, etc. The only thing that changes are waypoints.

For example, when I made this post the waypoints for Zulu were

The community is putting out some great tutorials today! Thank you so much, I’ll start using this from now on! Much more realistic :)

Thanks for the help. I greatly appreciate it.

Great tutorial I’m going to use it today. Just one question you know the rule of flying at even levels on westerly routes and odd levels on easterly routes does that not apply when using a track as it states above that on the Zulu track the flight levels are from 320 up to 400 using both even and odd levels so can you fly at any level?

I would recommend taking into account the IF flight levels. 99% of the time, you’ll find a matchup with the tracks. For example, today on track S (eastbound), the levels are 320 330 340 350 360 370 380 390 and 400. 330 and 370 are both cruising altitudes for eastbound, so you should use one of those. If the track you want to use does not have any matching levels, I would recommend using the Cruise Altitudes specified in this topic. Hope this helps!

Where do you get this information? Do you just search it up?

For those who love to add realism here are a few tips for flying the tracks.
(RNP 4nm, ADS and CPDLC).

Comms, monitor 121.5 and 123.45 at all times. HF SELCAL is used for voice comms and the squwak code for non radar covered airspace is 2000. CPDLC is used for ATC clearances.

If you have to avoid weather and have to deviate from the track centre line by more than 10nm then either climb or descend 500’.

It is normal to use SLOP offset procedures on the NATS tracks, that is to say offset RIGHT of track either 0,1 or 2nm to avoid overflying nearby aircraft at lower levels.

Vertical spacing is NOT in accordance with semi-circular rules instead it is 1000’ both ways.

(Edited to clarify, NATS tracks are either eastbound or westbound. If you look at the print out from the OP at the very top you will see the Eastbound levels, underneath you will see westbound levels NIL. These are the red-eye tracks for the early morning Europe inbound arrivals. You cannot fly the tracks eastbound if the timing dictates the tracks are westbound. Hence all levels are available in one direction in 1000ft steps. E.g. Westbound under semicirculars would be evens, 320,340,360 etc. However, on the tracks you can fly westbound at 330,350,370 etc. Once you exits MNPS airspace and enter regional airspace you will be asked to fly semi circulars by climbing or descending to an even FL. Hope that clarifies it.)

If you have an emergency on the NATS tracks you are to contain height loss until you have offset right of track by 15nm whilst maintain direction of flight. Once at R15, if you can maintain height then adjust your height by +/- 500’ to avoid flying out of the track at a standard track assigned FL, if necessary you can then depart the tracks north or south if a diversion is needed. If you cannot maintain height (engine failure or pressurisation) then descend to below FL290 in the direction of original flight before departing the track structure.

You can find this report updated on a daily basis here