Getting overspeeding messages at 235 knots? 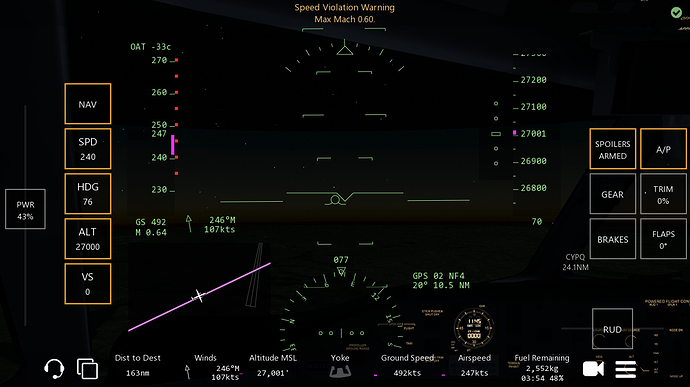 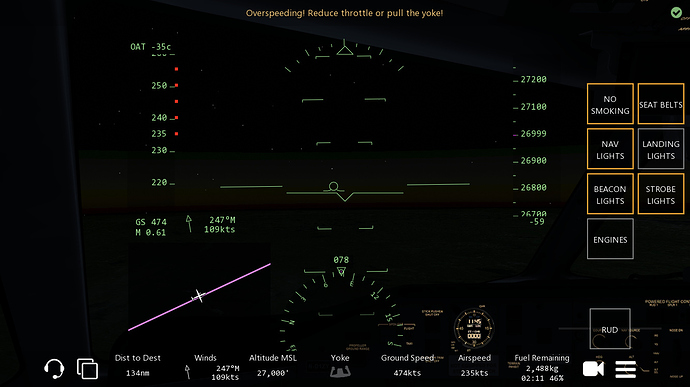 Looks like those 109 knot winds gotcha. Winds can increase the speed of your aircraft. That looks like your issue. I would climb to a higher altitude.

That aircraft has a lower max speed. You were overspeeding in that aircraft

You’ve reached the maximum speed the aircraft can safely fly, which happens to be below 250 knots.

The ceiling surface of the dash 8 is 25000 feet so since you were at 270, and ur tailwind would cause that

Thanks! I’ll lower it!

Also, thanks to everyone else for the help! :D

This is the correct information that should have been given. 😉

DASH 8 SPEED TIP I’ve seen many ask about operating speeds for the Dash. If you look just to the left of the captain’s seat, as shown here, you’ll find everything you need. Cruising, flaps, gear, and stall speeds. Enjoy! [image]