Indonesian airline Garuda said today that it’s canceling a multibillion-dollar order for Boeing’s 737 Max 8 after the plane was involved in two deadly crashes in less than five months.

“Our passengers have lost confidence to fly with the Max 8,” Garuda spokesperson Ikhsan Rosan told CNN.

The Indonesian carrier ordered 50 of the planes in 2014 for $4.9 billion. It has taken delivery of one of them but has now sent a letter to Boeing saying it no longer wants to receive the remaining jets on order, Ikhsan said. It’s the first airline to say it’s canceling the 737 Max 8 order.
It’s the latest blow to Boeing over the 737 Max, its bestselling passenger jet. The planes have been grounded worldwide over safety concerns following the crash of an Ethiopian Airlines flight earlier this month.

Boeing representatives are planning to visit Jakarta on March 28 to discuss the cancellation request with the airline, Ikhsan said.

A Boeing spokesperson said the company doesn’t comment on “customer discussions.”
Aviation authorities around the world have grounded the 737 Max following the Ethiopia crash. Many airlines have announced they won’t fly the planes until they know more about the circumstances surrounding the crash. The grounding is expected to cost Boeing billions of dollars.

The big question remains… Is this the beginning of the end for the 737 MAX?

Could this be the start of many cancellations in the future??

Question did the passengers really lose confidence or is it just the company saying it? Because I know sometimes things happen. DC-10s crashed early on and are still one of the safest aircraft out there.

It’s most likely the company. They use “passengers” to make it sound more concerning

@George what do you have to say about this? I think it’s an alright idea, I just wonder what they will get in replacement… A320Neo 🤞

Does boeing still produce non MAX 737’s? I’m sure they would just prefer those as a replacement. 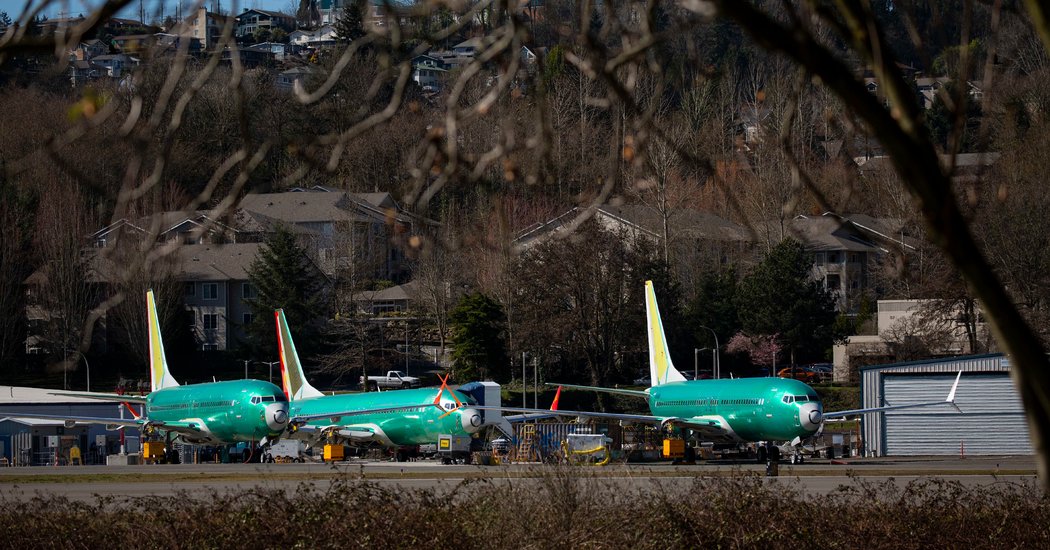 Airlines had to pay more for two optional upgrades that could warn pilots about sensor malfunctions. Boeing now plans to make one of the features standard.

Well if they really wanted more full efficient planes from the start, in my opinion, they would go for another form of a newly designed aircraft with the same amount of efficiency as the max, thus being the A320Neo family, which they already have in their low cost airline, CityLink

But that’s just my opinion

DC-10s crashed early on and are still one of the safest aircraft out there.

Well, if you don’t the severe mechanical and safety flaws the aircraft had which resulted in 1000’s of fatalities then yes.

Just saw the story on the 6 PM News

Wow, that’s a pretty shocking news. But 737MAX isn’t really needed for Garuda now. So I think this cancellation won’t impact Garuda too much

There are 2 possibilities for them :

I think the second possibility is more likely, judging from Garuda’s financial conditions. They have been trying to cut cost recently so I think a brand new plane type isn’t really needed. They have a lot of free 737-800s following the decision they made to cut frequencies after passengers’ number decline due to more expensive flight tickets here in Indonesia.

And I think it’s also possible for Lion Air to follow the same suit. But they still rely on MAXes for their future expansion (Unlike Garuda, which doesn’t have plans for future expansions with narrow bodies). But who knows? They have threaten Boeing to cancel their orders several months ago.

Honestly, this can’t be about satisfying passengers. The world’s going to forget about Boeing again 2 days after the malfunction is fixed.

Many of the airlines that are joining the band wagon of canceling orders were already having trouble before all this happened with coming up with the money to pay for future orders and using the latest crashes as a reason to try and get out from the commitments.

Well the fact is airlines will have issues. Just like the exploding Note device, cars with issues there is a loss of loyalty. People will avoid a certain aircraft just like people aim to fly on the A380 for example. Non av geeks know enough to do this. For some airlines they would rather avoid all of this and rightfully so, these airlines which have or may cancel are ones that clearly don’t rely on the type that much. Airlines like Southwest, LionAir etc won’t candle their orders I can assume because they don’t have Airbus models in their fleet. The costs to concert over would be too great. For an airline like Garuda though, they have a much easier way of doing it that’s to their subsidiary and as George said most of these aircraft were ordered years ago without an atcual need with the assumption of future demand so these aircraft aren’t needed let’s say right now. Who knows how many airlines will cancel, however I wouldn’t be surprised if no more do.