Ok, so Air India. We all know it’s…well…not the best airline to say the least. The Indian airline market is dominated by Indigo Airlines, the biggest airline in India, while not with the largest fleet, it has the most operations and passengers flown.

This is actually quite surprising. Indigo’s operations commenced in 2006, compared to Jet Airways in 1993 and Air India in…drumroll pls…1932! Indigo operates an all Airbus A320 fleet, but recently added their new ATR 72-600s. Air India on the other hand has A319s, A320s, A321s. They also had the A330 at one point in time. Along with those, they have the Boeing 77L, 77W, the 788, and had 744s until they were gone.
So how is Indigo, a low cost carrier, able to compete as the largest Indian carrier against Air India?
Well, it comes down to how the airline is owned and governed. Indigo is owned privately by InterGlobe Enterprises, while Air India is owned by the corrupt, money hungry government of India. We all know how airlines owned by the government of other countries have gone. Due to many questionable moves by the the government, Air India fell into a HUGE debt a couple years ago. This led to them selling 5 new 77Ls and a couple brand new 788s, in an attempt to get money for debts.
All in all, you can tell Air India is in a terrible condition. But not for long hopefully.
Finally, this year, the government decided to sell Air India, both the international and domestic entities. This is amazing news. Finally AI will be free of the grips of the government, and can be put into good hands. The only sad part is that it will lose it’s Air India name, and there goes one of the first airlines…

While buying Air India would seem like a very, very good choice, as the Indian market has been growing the fastest in the world since the last decade, it would also mean that the purchasing company would have to pay off the debt. So far, the only airline showing good interest in the purchase is the one and only, Indigo Airlines.
In my opinion, this would be a very good move for Indigo. They know very well how to be a successful airline, considering their progress in just 10 years. But the question is, what will Indigo, a Low cost carrier, do with such a big purchase? They will be acquiring 77Ls, 77Ws, 788s, and the A319, 20, and 21s. We know that the Boeing 787 is extremely friendly to LCCs, but that’s not the same with the 777. Those are meant for mainline airlines…

In your opinion, if Indigo does go ahead with the purchase, how do you think they will change their market plans? And in general, what do you think of Air India, one of the oldest airlines, being bought by a relatively new but successful low cost carrier?

I personally will be a bit sad to see Air India depart from our list of airlines, but what else can they do? On the other hand, I would absolutely love to spectate what Indigo would do with such a move, if they do make the move. Maybe they will become a mainline airline? Maybe, just maybe India will see it’s first 4-5 star international airline???

Leave your thoughts on this, I’d love to see a little discussion about this as I haven’t yet. 😀

Sources used were mostly Wikipedia and my memory. If anyone does catch a mistake, big or small, please tell me 😉

Really like Air India’s livery, it’s very unique. Honestly hope if IndiGo buys them they keep the Air India brand for the larger aircraft and keep IndiGo as a separate low-cost airline owned by the same company.

There’s a very minimal chance IndiGo is going to buy Air India since AI is a govt. owned airline. ;)

Could be a chance for indigo to easily establish themselves in the longhaul market, buying AIC with it’s modern, efficient fleet.

Don’t think this is going to happen to be honest.

There are many articles which state otherwise; IndiGo is definitely interested in AI :) 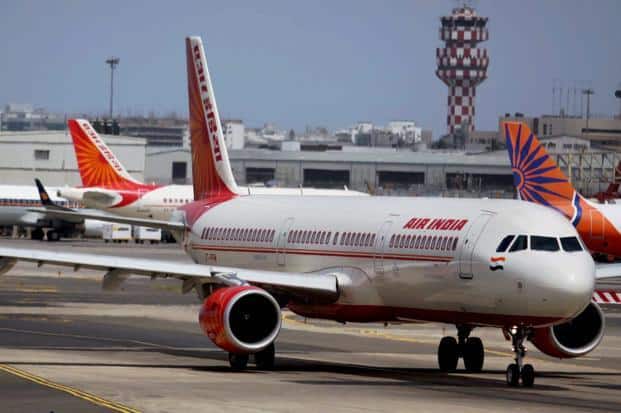 While IndiGo's intent may be good news for the government, Air India's allure will depend on India's ability to write off nearly half of the $8 billion debt that's not backed by assets

Here’s one of the few articles. :)

I don’t think Indigo can even pay off the debt? It’s a small airline and interests are piling up.

That’s true. Air India has really dug themselves into a deep hole, and that would be tough to fill up for IndiGo. But considering the interest they have shown in the purchase, they might know a way to pay it. After all, they know their own financial situation more than us.

I just feel aviation was probably not the sector the government should’ve subsidized (like in Railways, IR was a need, AI is a want)

Yep. But honestly, the government from many countries trying out in aviation with an airline went not so well. Only private companies usually succeed.

I agree 100%. They should really not subsidised AI and should have subsidised Indian Railways instead. But well, not like the Indian Govt. is gonna change anytime soon 🙃

It’s funny how Jet Airways has taken over and gained a larger market share than Air India, goes to show how bad it really is.

All because Air India is a govt. operated airline. All things govt. related are like that here in India. Corruption is the root cause, I say.

Indigo will manage to pay off the debts… I mean see the amount of people traveling within India itself, however they should start going international once they’ve captured all of the aviation market in India. It’s the best for 'em.

Actually, I recently read somewhere that if the Air India purchase doesn’t happen, they are looking into getting larger jets for international travel. By larger jets, I would assume they mean the 787 or A350. Both of those aircraft are very profitable for low cost carriers. :)

Nope. There was no mention of vistara anywhere lol

We know that the Boeing 787 is extremely friendly to LCCs, but that’s not the same with the 777. Those are meant for mainline airlines…

Didn’t Scoot operate some 772’s some time ago?

This is sad. Whenever I go to India I see AI planes everywhere; now it’ll be kinda sad to not see anymore.

Yea the 772 is actually pretty good for low cost carriers, especially considering the lower unit cost compared to 787s, except the 772s are also usually bought old.
But anyways, we don’t know what’s gonna happen really to Air India, so don’t be sad just yet 😀