In Infinite Flight, ATC does not have the power to guide you what taxiways to use unlike real life. However, if it was implemented like how it is at most airports it would be quite confusing at first especially for beginners. So I thought why not use the state of the art “Ground Traffic Management System” which is relatively new and make it’s launch at OMDB (Dubai Airports).

It’s basically a series of lights on taxiways to guide pilot’s to the runway and to avoid conflicting traffic using the optimum route. And if there is a nearby aircraft that conflicting with your path the light will change to red. When your free to go it will return to green signaling to go.

To put it simply it’s like a traffic light but for airplanes.

To implement this in IF is simple,

When a aircraft is stationed on the taxiway the nearby lights turn orange/red depending on the distance alerting the pilots nearby of the airline’s presence. Also when a pilot receives ATC instruction to taxi to a runway or sends a message on the unicom of taxiing to the runway the lights guiding to the specific runway light up.

For more information, refer to: 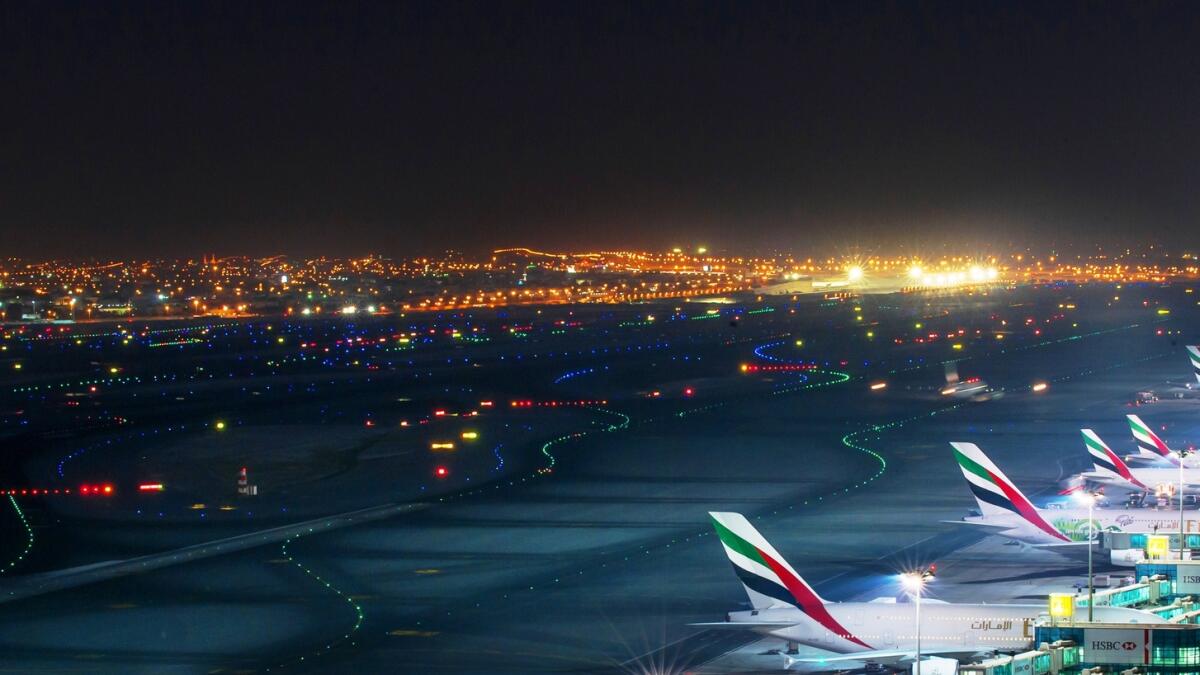 The state-of-the-art Ground Traffic Management (GTM) solution, helps pilots to safely navigate through the airport's complex network of taxiways, even in the case of...

In episode 4 of FlightCast, A380 First Officer Aernout, described an interesting taxi procedure known as "Follow The Greens". Join us for a closer look!

This would certainly be an interesting feature! And it would help a lot. However, it may be kinda unrealistic to have them at all the airports. Then again, the current ATC system is unrealistic.

I completely understand this for realism, but implementation may be difficult. I don’t think there’s a way to incorporate these when editing an airport…don’t quote me on that though. And that’s probably where this would have to be designed. Are they turned off/made invisible when ATC is controlling? How is the optimal runway/taxi determined?
Would probably have to sync with the metar somehow. And unlike real pilots we have the external plane cam which most of use use when taxiing which is key for situational awareness.

Implementation isn’t possible, like you said, when this isn’t a feature. This is a feature request, which is asking to implement this feature so that it CAN be used.
First, it would just be succeed to the nearest open airport most likely. And, this would be something that is added when reworking airports.

Right…my two cents but when requesting a feature I think critical thinking as to IF and HOW it can be implemented should be considered. I’m just starting to edit airports, but if these lights aren’t available in the software that is used to edit the airports, and if that is the only way it can be done, then it simply can’t integrated into the sim.

I know… again, this is a request to add the support to the software. Obviously this can’t be added without this being a feature.
This is a feature request.

This system does sound like a good idea but it would be very hard for them to implement the feature… It would be better to add like custom taxi way names and have them implement those. I can see your reasoning for that feature though

Very hard to implement?
EVERYTHING is coding. Heck, having taxi way names and commands would also be hard.
If we refuse features because they’re hard, we won’t get anywhere.

I think it would be best it if gets added at select airports in the start like OMDB, KJFK, KLAX, EGLL, etc.

@Grizpac When ATC is controlling the lights would still be there but it doesn’t mean you have clearance to go. It just guides you to the specific runway to avoid traffic. No need to add the complicated optimum route with winds and everything in the beginning, just a basic system.

So I do not know where you’re going with all this. “Coding” these would require some time but this is just a request, not an argument. Anyways, the greens would be useful for navigating for nearby traffic if that is what you mean Ahmed!

kinda unrealistic to have them at all the airports. Then again, the current ATC system is unrealistic.

Not about it being hard…it’s about not being possible to design in the airport editing.

Yes, this would require time. Everything requires time. You’re saying that this will never happen because it’s hard. Goal was hard. Adding planes was hard.

MaxSez: Unique System, extremely complex and incompatible to this platform. If FDS can’t activate the installed Blue Taxiway Lights why would they add this programing monster. The reinstallation of ATIS rather than GTMS floats my boat. Regards

(Consider first; The AIM authorized ATC Comm Procedure: “PROGRESSIVE TAXI”. Definition. Precise taxi instructions given to a pilot unfamiliar with the airport or issued in stages as the aircraft proceeds along the taxi route, by the Ground Controller)

Do you not understand what a feature request is? This is requesting that the software supports this so that it CAN be added with airport editing.

It’s not fds software that is used to edit airports.

Ah. Well, this would be harder then, but it’s still possible.

“Everything is Possible” ™️ - @Adrien

My opinion: This is a good idea in real life where pilots are trained for days but not in Infinite Flight, there are a lot of obstacles like TCAS on ground, AI determining the taxi route, and mainly pilots.

So what happens if someone disobeys this system? Automatic 👻? Just kidding.

This feature seems quite complex, possibly needing the use of Artificial Intelligence? But it seems possible to be implemented though. Problem I have here is it’s very easy for this system to be abused by inexperienced pilots, looking at now where some pilots can’t even follow ATC instructions on the expert server that’s controlled by IFATC controllers with the ability to ghost pilots, much less this Ground Traffic Management System. So what if this system is implemented, will pilots obey them? If many pilots would not, then what’s the point of implementing this other than realism? Just my 2 cents :)

Even if it’s not followed, it won’t really make it worse then it is already is lol, On Expert, I don’t think you should get ghosted if you don’t follow it, rather when you cross another aircraft or do the regular stuff that will get you ghosted.

The point of implementing the system is to add realism to the movement on ground. There are more people that listen to rules and try to be professional on IF then there are people that don’t follow instructions!

Thanks for your feedback! :)