Episode 4 of the FlightCast Podcast is now live and features our very own @Aernout! Check it out here: 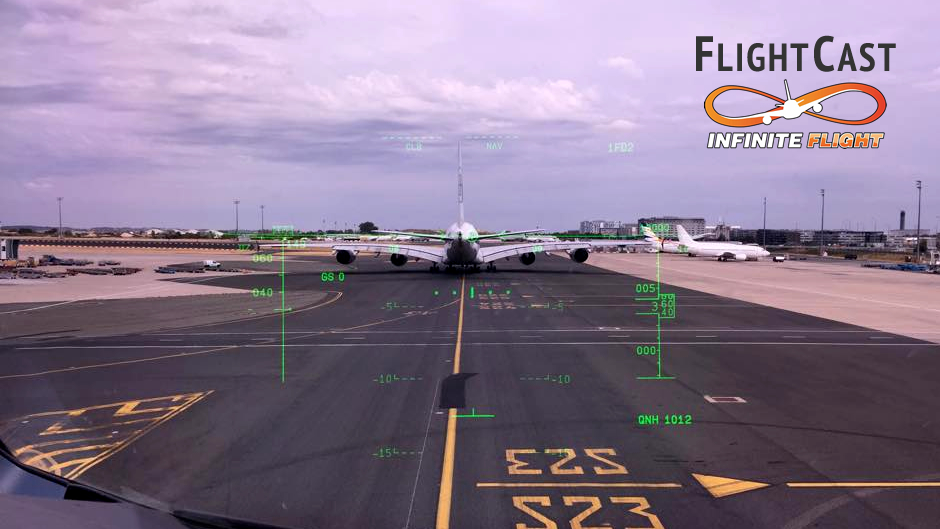 Jason is joined by Airbus A380 pilot and Infinite Flight ATC, Aernout, who takes us into the world of being an airline pilot and working on the Super Jumbo.

We talked a little bit about the different flap setting on the Airbus, pictures are sometimes better then words:

Pictures is from Mattheui Laban, posted with his permission :).

Nice! Any more screenshots he allow you to publish ;)?

This officialy confirms that A320 will have Autoland. If anyone had doubts…

The Flaps thing is much more appreciated :)

Yeah just saw it! Amazing now you can actually use Airbus’ data for flap setting.

Indeed, one big + for me personally. It just weird to fly the Airbus with degrees of flaps instead of the positions.

@Boeing707, No other screenshots unfortunately.

I like the degrees, but that setting adds to the ambiance of it.

Really cool episode. Thanks for sharing!

Btw, the bank angle limitation is something we probably can easily do; @matt would have to support it in the simulation code but we already have the warning sounds ready (granted those are sounds for 737 but it is good enough).

Ill talk to Matt :) That would be so awesome!!

Agreed! Speaking of sounds @philippe, I’d love to hear the airbus autopilot disengage sound when you… well… disconnect the autopilot ;)

Browse millions of popular wallpapers and ringtones on Zedge and personalize your phone to suit you. Browse our content now and free your phone

Thanks for sharing - awesome podcast! The best one so far :))

So true what @jasonrosewell said about flying becoming more and more expsensive. I’ve experienced that first hand trying to get hired in the UK.

So much so Ill probably be off to Indonesia to fly C208s for a few years :)

P.S Please look at getting those warning sounds implemented! We are always hearing of things ‘ready’ but rarely seeing them actually being introduced.

I would love to see the ‘Airbus A320 Takeoff sound’ on here added - https://webapp.zedge.net/searchResults/ringtone/4/Aircraft

Thank you both for another excellent and informative podcast!!!

I’m absolutely loving these podcasts, they are so interesting and as somebody who has only begun playing the sim rather recently, it gives so much detail about fanpages/extra features which may be hidden away.

Inter-region flight support is something I would love to see, even if it was a flight from LAX up to San Fransisco. I think even without terrain built throughout the flight and just being able to load in the new scenery as you enter it would be an awesome feature and really open up the sim. Long Haul Aircraft could be really properly used then

Thanks for the kind remarks, @Matthew_Cashin! I’m glad you like the podcast!