So yesterday I flew on something a little different to the usual B737, A320 lineup that dominates the Sydney/Adelaide route. I decided to book on QantasLink’s little once daily B717 over to the South Australian capital, my first time on the aircraft

Flight details: QF1559, scheduled 3:05 pm departure and 4:45 pm arrival with a flight time of 2hrs 10min, in reality, we took off 7 minutes late and landed 25 minutes early with a flight time of only 1hr 36min. My particular flight only operates on Saturday’s however 717’s operate throughout the week with different flight numbers

Check-in: Sydney’s Qantas Terminal was practically empty when I arrived, checking in with bags means going to the automated check-in kiosks, printing off your bag tags, putting them on your bag then going over to the other machine that puts them through, however, the bag drop machine was bugging up and the staff kindly helped, painless experience

Boarding: A breeze, a quick scan of the boarding pass and down the aerobridge we went with only about a minute wait to board the aircraft, no complaints

Comfort: I was in seat 14A, an extra legroom seat. A nice 2-3 configuration meant it felt less cramped. Being 6ft 2 it was a very welcome relief when I requested the extra legroom seat and instead of a $30 fee, it was complimentary. However, the seat itself was really firm compared to the 737 aircraft, I think they need to work on the padding situation, not a deal breaker though. Also a little bonus, the tray table actually extended out to the seat instead of needing to lean forward due to the extra legroom.

Food: QantasLink really impressed me on this. A little snack box with some beautiful aboriginal artwork on the box, inside I was provided with some crackers and some chips, also a choice of tea, coffee, soft drink or water (I went for the water) was offered. However, due to not eating since lunch before departure I was still hungry. I was prepared to pay for something more but they bring out some chips and an apple for me to munch on, really good

Service: You couldn’t fault them, efficient yet friendly. Again when asking for more food they did it with a smile.
Informative pilot announcements as well which is always a nice touch. Great crew, deserve a pat on the back

Entertainment: Qantas provides a free entertainment app for iOS and Andriod. The app provides hours on end of movies, TV shows, and games, overwhelmingly enough for this quick domestic hop (no flight tracker though, which I personally love using). However, unlike on regular Qantas 737 and A330 services, there is no complimentary iPad for use during the flight, if your device is dead (No USB Ports) or you don’t have the app, bad luck. Two magazines in the seat pocket, QantasLink’s “Spirit” and the regular domestic Qantas one. Though I personally like enjoy sitting listening to my pre-downloaded music while looking out the window, relaxing.

Aircraft and flight itself: The 717 is a great aircraft to fly on, in fact, I prefer it over the 737. Beautiful loud engine sound, you really feel like your flying. The 1hr and 36min go quick and pretty much half that time you’re either ascending or descending, you’d be lucky to fit 2 epiosides of Modern Family in. Quite smooth, few bumps. Cabin ceiling is quite low though, I had to duck as I entered the door. Boeing produced one hell of a machine with the 717, it’s a well-oiled machine but you never ever doubt it’s power.

Background info: QantasLink is the regional subsidy of Qantas. It incorporates 4 airlines under the QantasLink banner. Over 80 aircraft (mix of jet and turboprop) are part of the fleet. Operating to destinations such as Dubbo, Kangaroo Island and Uluru (as well as over 50 others), it connects regional Australia. Aircraft are also used to supplement mainline Qantas domestic services (like this one)

Overall: QantasLink impressed me. The great QF service along with a wonderful aircraft made that flight a dream, landing came too soon, I would have happily spent another few hours in the sky. A few little changes might be nice (iPads, more seat padding) however I can’t wait to fly it again

Happy to answer any questions 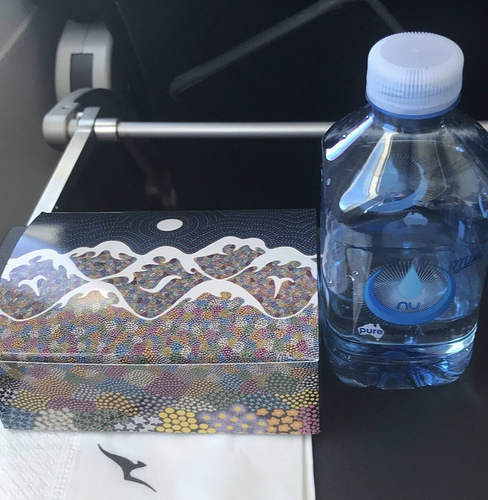 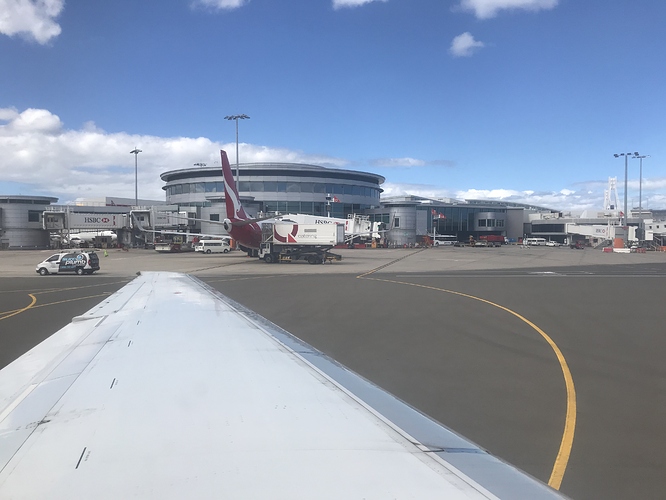 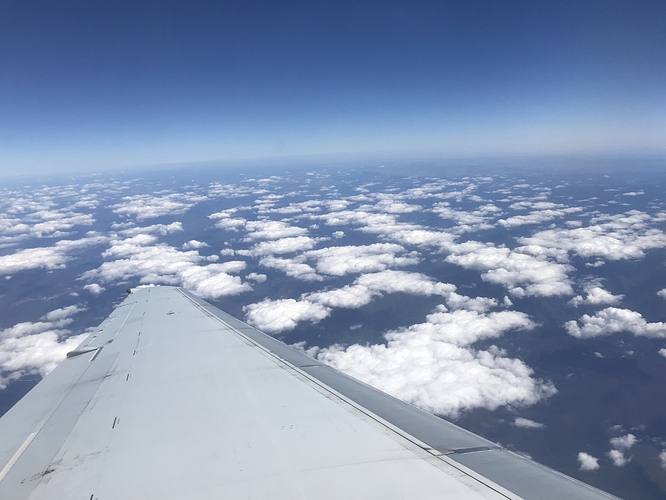 I appreciate this! I don’t get over to Australia so it’s nice seeing how my buds at Qantas are doing