Fixed-Wing or Helicopter? It’s Both!

Grease or Butter? Pain au Chocolat or Chocolatine? Gif or Jif? Important question that divide humans into two categories. Questions over which we can debate for hours. But there’s another question that divides aviation enthusiasts: Fixed-wing or Helicopters? Personally, I like both. But if we ask @RotorGuy we’d get a clear answer. So let’s compromise!

I present to you: 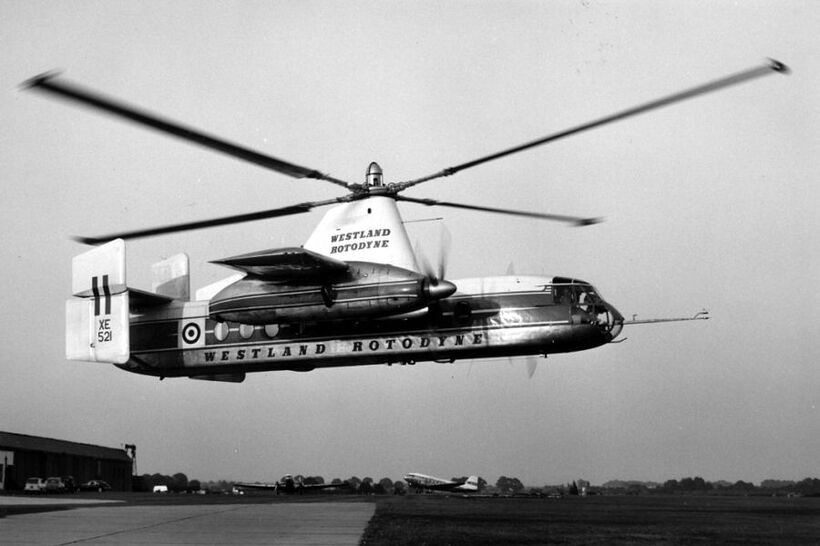 The Fairey Rotodyne was a compound helicopter of unprecedented size at the time (MacKenzie, n.d.). It had fixed wings, tractor engines and a tip-driven rotor system that put out a painful 106 decibels of shrieking noise (Winchester, 2005). Taking off vertically using helicopter rotors with jets at their tips but powered forward by turboprops on the wing, it was to allow quick travel between cities and towns in the UK and around Europe (Parkinson, 2016).

The project began in 1953 when state-owned British European Airways asked the aviation firm Fairey to design a helicopter-type aircraft for commercial passenger use. BEA, which had started small-scale passenger helicopter services in 1950, wanted a craft that could take off easily in an urban area and was large enough to fly more than 50 people quickly to another. Landing in a tight inner-city space, it was to capitalise on the growing European business travel market (Parkinson, 2016).

By 1956, when most of the details of the Rotodyne had been worked out and descriptions had been published in the technical press and elsewhere, it was generally considered in knowledgeable circles that this was an aircraft with a potential which could bring striking new developments for short/medium haul air transport. Here was a compound, or convertible, helicopter of a commercially practical size, even in its prototype form, which would be able to fly as a helicopter to and from small spaces and as an airplane at reasonably high speeds over inter-city stages (Taylor, 1974). 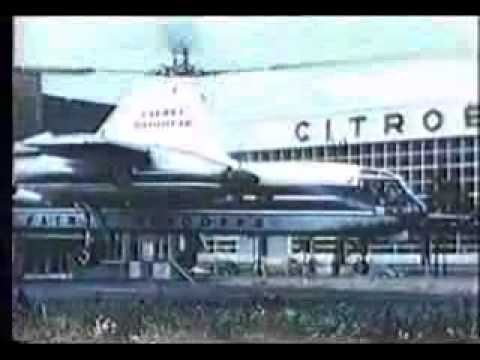 The Rotodyne featured a rotor spanning 27m. A 40-seater prototype made its first flight on 6 November 1957 (Parkinson, 2016). At the beginning, it only used it’s rotor to hover (Taylor, 1974). The first flight using the tractor propellers was on 10 April 1958, while on January 5th 1959, the Rotodyne established a helicopter speed record over a closed circuit of 307 km/h. It would be using the rotor for vertical take-offs, landings and hovering, while full power was applied to the tractor propellers of the turbo props for forward flight (MacKenzie, n.d.). 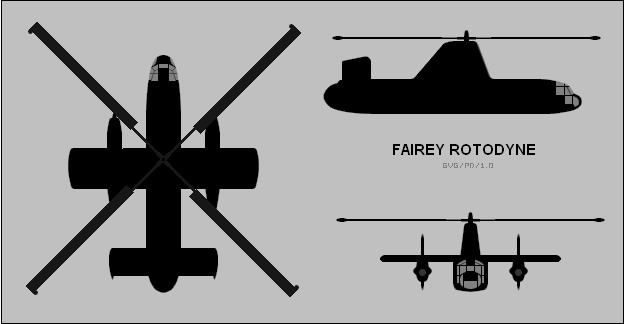 On 16 June 1959 it flew abroad for the first time, to Paris from Heathrow, via Dover and Brussels. It took one hour and 36 minutes to get to Brussels and 58 minutes to get from Brussels to Paris - far quicker than by ferry and train, or by plane and car (Parkinson, 2016).

In 1960, Fairey was taken over by Westland who continued the research into the Rotodyne. However, despite the many advantages the aircraft had, like its speed and its ability to land at many places where planes couldn’t (Parkinson, 2016), the project was abandoned in February 1962 (MacKenzie, n.d.).

Michael Oakey, the managing editor of the Aviation Historian magazine said, that the project itself was a good idea but and if modern materials, such as carbon fibre, had been around to make it lighter, it could have been a fantastic success. Another big issue was the previous mentioned noise as government monitors worked out that noise levels within 500ft from the pad during take-off and landing were “intolerable” (Parkinson, 2016).

@RotorGuy made an interesting topic back in February about a modern aircraft from Airbus that has a similar design like this version of Fairey. It’s also worth reading!

Airbus has announced that they will be attempting to compete in the U.S. Army’s Future Attack Reconnaissance Aircraft Competitive Prototype. The Airbus X³ (cubed) s an experimental high-speed compound helicopter. The X³ is based off the Airbus AS365 Dolphin. Airbus put two propellers to the helicopter. [image] The X³ has set several speed records through its use of two propellers on short wings either side of a Dauphin-based fuselage, topped by a five-bladed main rotor. The aircraft logged mo…

So: While modern mixtures of helicopters and fixed-wings still fly around our world, the Fairey Rotodyne will remain a one prototype built part of aviation history.

Rotor wing always you actually have to fly the machine still!

Unique, but beautiful. It’s not something you can see anymore these days.

Yup, I have found the aircraft that haunts my dreams.

If you will excuse me, I am going to go get an amnesia.

This is a really nice design. I’m gonna buy one for myself.

Now that’s called being creative and damn that thing was beautiful I’d love to see one of these in this age if possible and I’d definitely want the sound levels to be lower.

This just comes to my mind.

And guess who has one of these at work?!

Will show you the remaining bits of it on Friday!

Yo @jasonrosewell can we get this thing? We already have the avrocar.

Oh really? That would be great, I’d love to see some pictures! Thank you for sharing George 😊

We have the last remaining bits of whats left of the aircraft! Will get them to you on Saturday or Sunday

Sicko Mode Fixed-Wing or Mo Bamba Helicopter? How about both?

Uh oh. Its now invasion of the body snatchers.

When you hit print hella times and all the copies come out at once.

Wow that thing is cool!

This is probably the most ridiculous name I’ve ever seen: I am going to call it the… 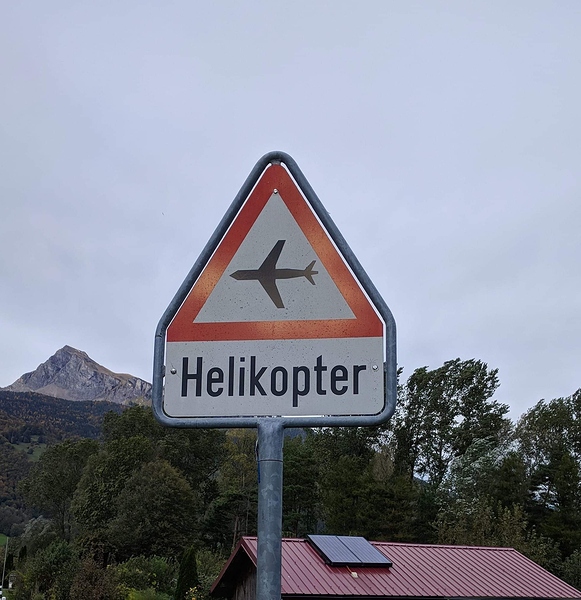 Thank you for sharing George!

It’s quite sad that this is all what’s left of this incredible aircraft. And yet, it’s extremely fascinating that we’re still able to see pieces of it.

If I’m ever in the region, I’ll have to visit this museum!