Clickbait! But not really.
An 11 foot, 500 pound alligator crossing runway 7/25 at Orlando Executive airport was hit and instantly killed around 2:15 AM on June 1st by a small plane landing. The gator had jumped up and got killed by the wing. The pilot was unharmed. 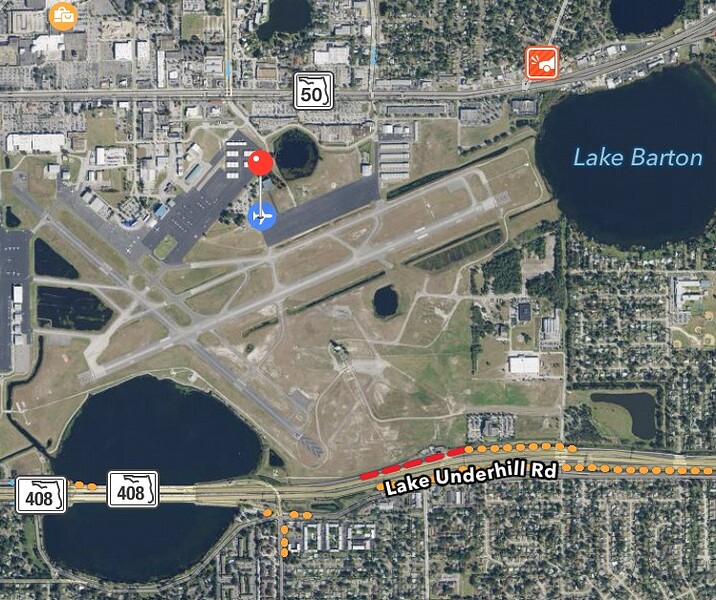 image750×628 173 KB
According to this map of the airport, there are 2 moderate sized lakes surrounding the airport, the gator likely came from one of them and was searching for a midnight snack. 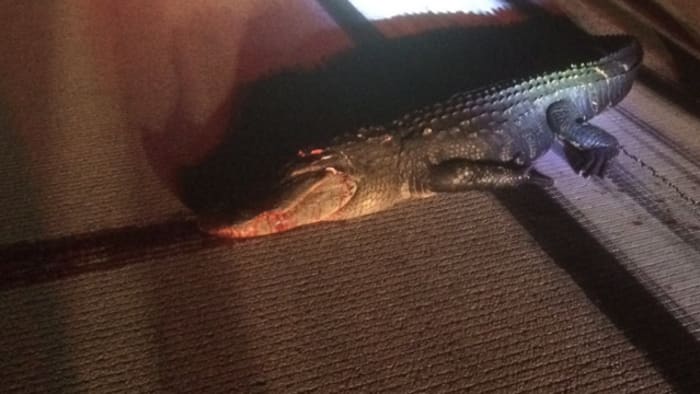 A gator was fatally struck by a plane at Orlando Executive Airport.

So we have alligatorcrusher now, someone get him on IF forum.

I was going to put that into the post 😂😂 - @DeerCrusher could the pilot of that plane be related to you in any way?

Not looking for a midnight snack. Alligators hunt at dusk mainly. Night time they are in the water. Most likely he was moving to the other lake.

I live in the area and had lived in most my life in Florida. I know what alligators do.

Lake Underhill is literally next to the runway. Was not surprised reading this last night (Orlando local). There’s also been a partial body recovered from that same lake, doesn’t surprise me a big gator was in it.

Tmw the title is misleading yet accurate at the same time.

Well the lake pretty much provides security, if someone wanted to use that to gain access to the airport they probably wouldn’t make it out of that lake alive

You would think they would at least fence off the portion of the lake near the runway. It’s not like you don’t know there’s gators in there. An 11-foot alligator doesn’t just go unnoticed and in my opinion that’s a huge safety hazard to a small airplane

This is a clear example of how powerful planes really are.

That southern lake is popular for jetskiing. When I use to work downt town Orlando I would drive over that bridge and would see once a week people jetskiing in the lake. Orlando Executive is used more for private flying but a lot of corporate jets land there.

The area surrounding the lake is like a big park almost. Plenty of people always out exercising or (as USA007 pointed out) used for boating. There’s even a jetty to load watercraft. I honestly never wondered why the other side isn’t blocked off by a fence. I’ve seen people ski from one side of the bridge to the next.

And you’d be suprised how well gators can hide. Especially considering they blend well with the dark colored water and can hold their breath for quite a while. A good thing to live by down here is just to simply stay out of fresh water. Even the Springs are loaded with them. Kayaking can be pretty sketchy at times 😅

Look at all of you, shedding Alligator Tears

Well, this is very unusual news! What a nice midnight snack; airplane. This could have turned out much worse. He could have had a little hitchhike 😬

So we have alligatorcrusher now, someone get him on IF forum.

Haha, good one 😉 DeerCrusher and him can be best friends 😄👍