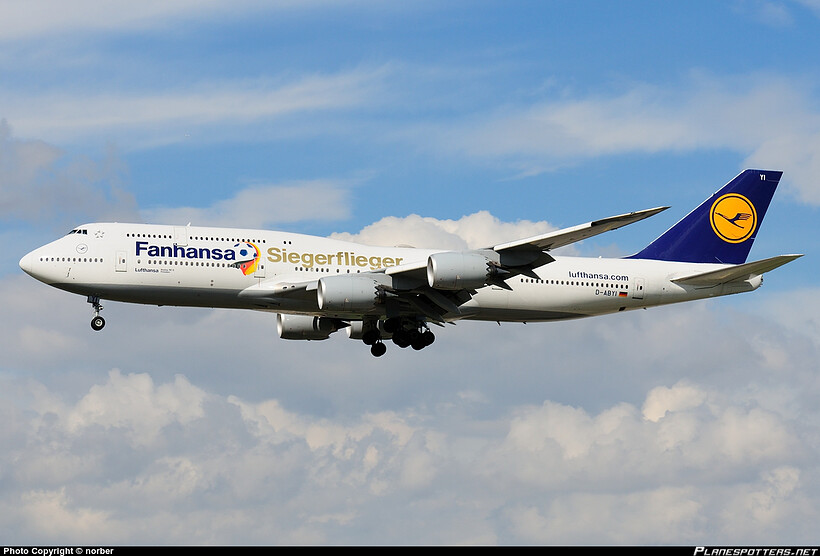 The “Siegerflieger” brought the german world cup team back home after winning the FIFA World Cup 2014 in Brazil. Lufthansa promised not to remove this awesome livery if they also win the Euros 2016 in France :D

I’m in for that

I love the livery as much as I love soccer and Lufthansa :D

my vote is NO. reminds me they won us in Rio de Janeiro World Cup Final.

Really?😂
This livery is gorgeous😮

A special Lufthansa livery made for the most recent World Cup. This is different than the Fanhansa 747-800, which has already been requested. [image]

Would be beautiful to see this bird in the sim! The World Cup has renewed my interest in it!