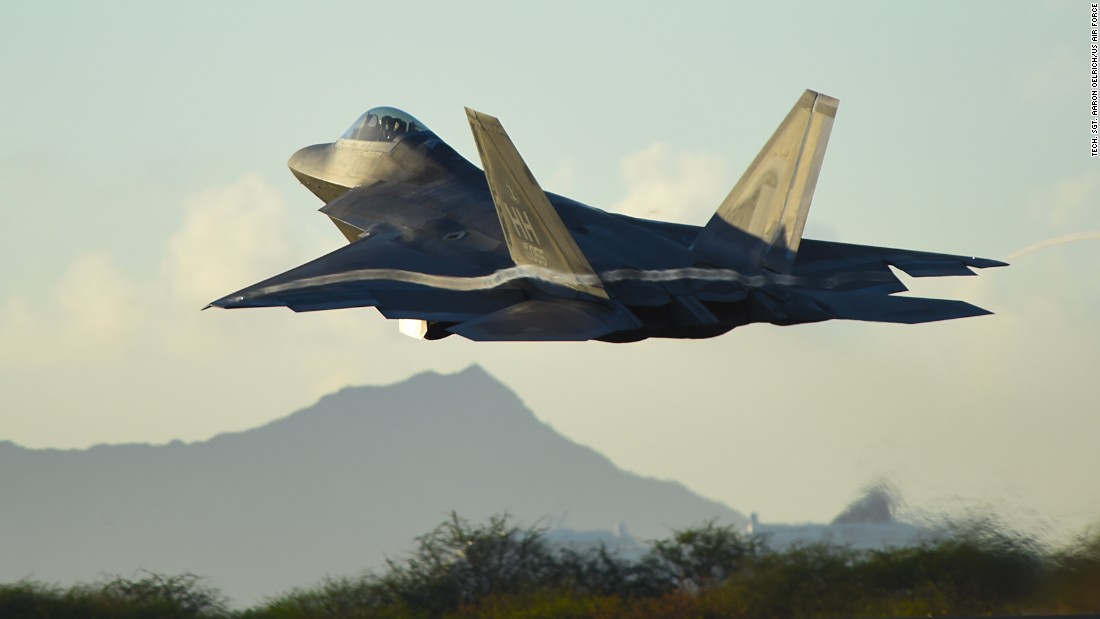 The U.S. Air Force will soon dispatch its most advanced fighter jet, the F-22, to Europe to show solidarity with allies against Russia.

Saw that. Hopefully the Civil Air Patrol will get some more popularity in the States now.

It cost 60 million to do one load of bombs on isis. Thats a lot of money

Yeah ikr… In my opinion we waste too much money on military. It’s not that I’m against military it’s just I think there is a lot of money that could be invested in other things, but that’s getting too political…

Well hope the F-22s will be put to good use there.

Rewind here. Being that I am currently in the military, deployed even, where on earth are you getting the idea that “we waste too much money on the military”? I’m not sure if you’ve ever heard of a sequester but, as a military, we lost a LARGE amount of funding which has therefore left pretty much every military branch having to make due with bare minimum. A lot of this “wasted” money has gone into the research and development for new vehicles designed to help withstand roadside IED’s, which is the number 1 method used by our enemy, and these new vehicles have been able to save countless lives to include my own. While this is just a small fraction of where this “wasted” money is going, I can assure you it’s not being wasted and is being used as efficiently as possible, with one objective being to help ensure lives are kept and your freedom intact. Please refrain from making comments such as this without holding any military experience or not educating yourself to the fullest extent on military spending and its goals. I’m proud to say your freedom is safe because of the men and women I am honored to serve next to, especially those who have given the ultimate sacrifice for which we should never forget! I could speak on this forever and discuss any questions or concerns to the best of my ability and knowledge if you would like to PM me. I couldn’t let this one slide though. My pride is too strong.

Most of the great intentions you’re talking about can be done with far less money spent. The US spends way too much compared to the rest of humanity: 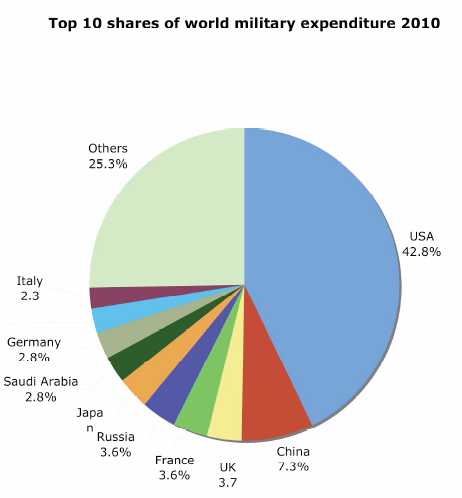 U.S. Military Spending v. The Rest Of The World

Via Think Progress and this report, I found this chart: Now I think we can draw a few conclusions from this information: There is no nation on the planet that poses a real threat to the United States in the way that the USSR during the Cold War....

And please, your respectable service to the nation as a military member in no way makes you the only people qualified to discuss this topic. And that’s an order.

@Jburn you’re right, I shouldn’t have been so harsh, America does appreciate all you do for us. Although I’d have to agree with @Eric_Schmeric here. We could spend a lot less, to maybe look into other investment options, don’t you think?

Here are the ranks, from an article written in 2013:

Now the recent spending on military has gone down a little, but I still think it’s too much money that could be used in other areas. Again, I meant no disrespect to the military or your sacrifice to us. My mistake!

Nice numbers!!!
You must also take into consideration the factors. in 2013 we were finishing the redeployment (or return) of everything in the IRAQ war on terror.

Remember We are at war gentlemen, of course our budget is going to be larger then the 4 nations that aren’t at war. The UK has had very minimal effort on in Afghanistan.

Don’t worry Sean I personally do not take disrespect, you and @Eric_Schmeric are fine. its a healthy debate.

The us wants to be more advacned then everyone

Has anybody seen the F-35 jets? They are nuts…