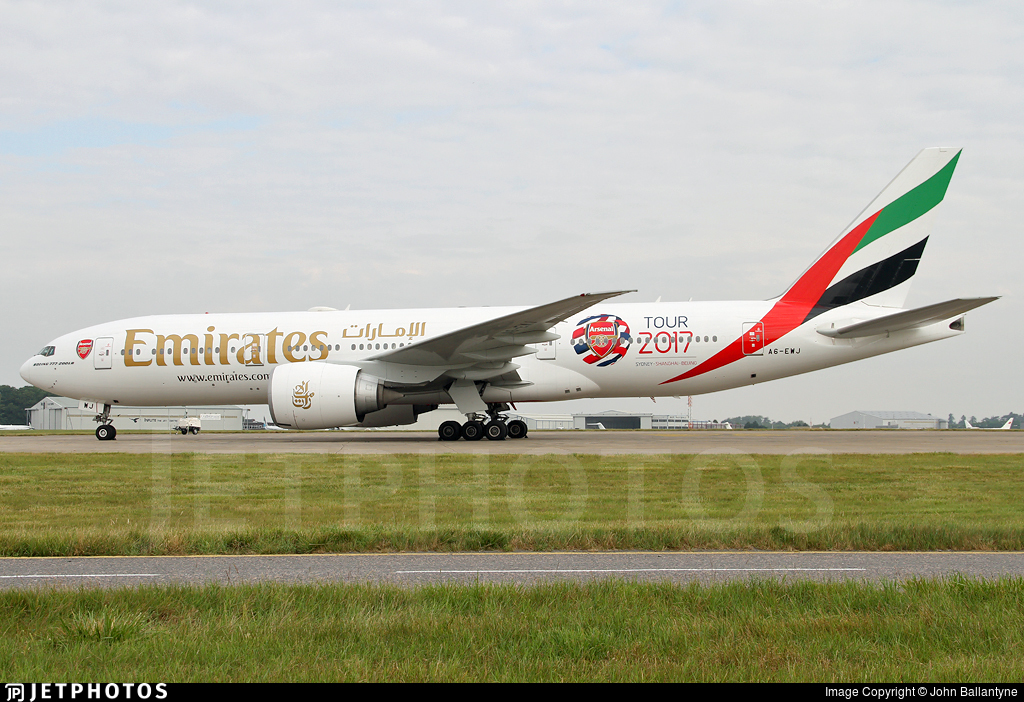 Arrived from DXB yesterday and will depart to SYD tonight with the Arsenal team for a pre-season tour.. A6-EWJ. Boeing 777-21HLR. JetPhotos.com is the biggest database of aviation photographs with over 4 million screened photos online!

Any Emirates plane looks good, and I think the Arsenal FC logo adds a nice touch to the plane. I would love to see more Emirates aircraft with special liveries in Infinite Flight.

Would be nice to see this livery with a 777 rework.

As I’m a Gooner, I voted. I live near the Emirates Stadium

Or even this one

Yep. I fixed it though

Lol you just made my day 😂, I think the only trophy Arsenal has won in the past ten years was the 2014 FA Cup.

Oh yea I forgot about that, still it’s only 2

Surprised the plane hasn’t got Wenger out written all over it.

It’s all right. Votes are limited though.