Woke up this morning to the news that London City Tower is going remote! Tower ATC will be based in the National AIr Traffic Services HQ close to me in Southampton. Found the below arcticle which is interesting, Real Life imitating art? 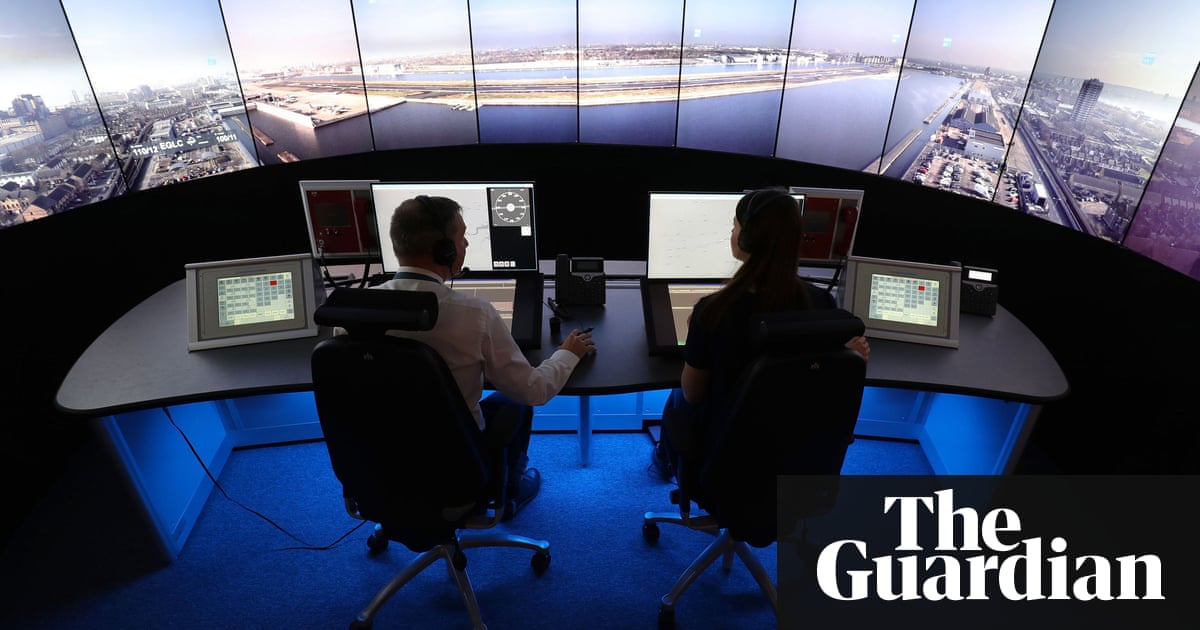 I was going to post this - I saw it on the news as well! You beat me to it!

I mean - what happens when the camera goes along with the radar?

What if something happens to the camera, or there’s a faulty system, although I’m pretty sure they would have some kind of back up!

I guess sort of the same when equipement fails in a regular tower. You close the runway and divert traffic.

I heard this on the radio!

I heard that they have 2 backups if the tower fails.

its an interesting and not unexpected development , certainly looks like with a “virtual” tower the controllers will have additional support which is not possible when sitting in a tower.

However one point that needs to be raised is that I think that you remove a part of the human element from the situation. When an ATC Officer walks across the car park they get a “feel” for what the weather and wind is doing, when they are sitting in the tower and the rain is smashing into the windows they have a good perspective of what the pilots face. Whilst the controllers who are sitting 80nm to the SW will have the ‘data’ in-front of them they will lose that actual contact and interface with the field and real life situation itself.

Whilst I agree to an extent in regards to the ‘feel’, its no different to TRACON facilities which can control the aircraft from a dark room 60 miles away all the way to tower handoff

Agree its not major point, however it is a sense that will be lost. APR and Centre controllers are in a slightly different position as they don’t have direct interaction with the weather that they are controlling at in anyplace. Whilst there is no doubt this is a huge step forward and should not cause issues for larger commercial towers there would be more of an impact for smaller towers which operate mainly GA and small regional, though I think it will be MANY years before this technology is rolled out to that level and the smaller towers will still be the training ground for new ATC officers.

I personally don’t really know why they are doing this. They are going on about how the computers won’t fail, but they are more likely to fail than some windows. I suppose there will be some good new features, but that idea of not actually being at the airport is something I’m not that keen on.

This will be nothing different than what takes place at some deployed military locations where things take place at 3x’s the speed. It’ll be fine! :)

What happens when they lose power? A generator kicks on. What happens when that fails? Ground stop and a nearby radar facility takes over all airborne traffic in the vicinity. There’s always a procedure for everything. This should be cool!

They are doing this at my local airport as well, KJYO. It’s pretty cool actually, as they are running tests through out this last year. Sometimes you show up, youve got tower and ground, and other times your show up and it’s good old uncontrolled field with an advisory frequency.

so that’s pretty intrusting as I believe that is mainly a GA field?

Do you think flying into an airport that is remotely controlled would have any effect on the pilot’s attitude? I don’t really see how from the pilot perspective it would be any different. It’s still a voice on the radio giving instructions, but psychologically I wonder if there would be any advantage/disadvantage to the pilot?

Honestly, while this is cool, I wouldn’t entirely trust it. Computers can only do what they are told to do. Sometimes, human judgement is better. Say in the event of a dive, a computer may not pull up as fast as a human would, thus causing a crash because that computer has been told it can’t pull faster than a certain limit. A human, if he knows the aircraft can handle more than that limit, will most likely take that risk and could prevent the crash. On an airport, sometimes you need that human intervention, because a computer cant always take that risk that may need to be taken. I would prefer humans in a control tower, rather than a robot

I don’t think you’ve read the article… the AirTrafficBot9000™ isn’t about to direct some traffic. 😐

Honestly, you could take humans out of every tower in the world and have them remote elsewhere looking through cameras and not a single pilot would know unless they were told there wasn’t controllers actually in the tower.

You could also argue that IF works exactly the same way. Just lock the tower view/radar screen as we’ve always done, with controllers operating wirelessly all over the world. Our controllers do a great job despite not being in a real cab or TRACON.

Though not the best comparison, I think it works as a solid analogy.

I should remember to reread my post before posting, my bad. I was talking about in the future. Not right now. Again my bad.

Yeah it’s all GA. No scheduled flights in or out. It works pretty well when it’s in service (only cus they are doing testing). I’ll get a picture of the “cab” when I go out next time. It’s interesting because KJYO never had a tower until now, with this remote one