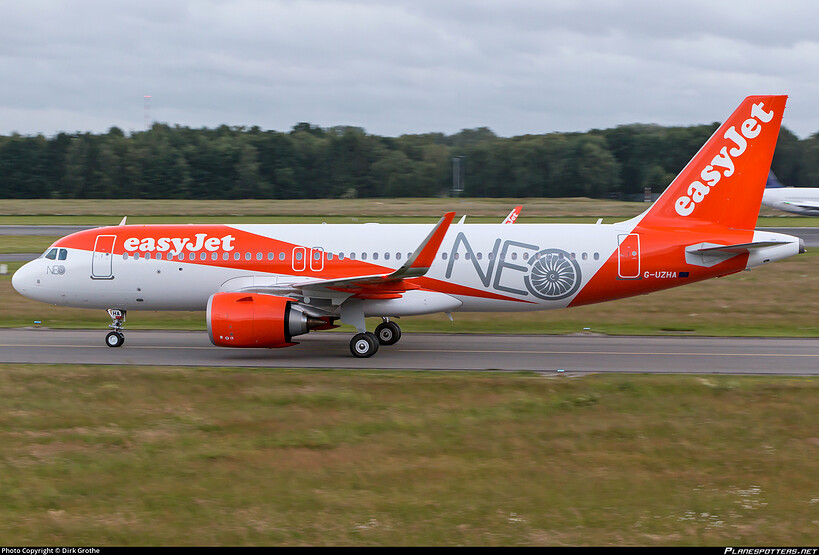 easyJet has taken delivery of it´s first A320neo on June 13. Alongside with their quite new and beautiful livery, there´s a “NEO”-sticker to celebrate the first of their 100 ordered A320neo. The EZY livery suits the A320neo so well, especially those big orange engines look so amazing :)

When the A320neo will be added in IF, the easyJet livery is definitely a must.

If you want to know more about the delivery of EZYs first A320neo check this out:

As of yesterday, easyJet became the first British carrier to receive an A320neo! G-UZHA was handed over at Toulouse and carried out a delivery flight to London Luton via Paris Orly. The aircraft is the first of 130 orders the airline has placed for A320neo and A321neo aircraft. Her first flights are set for tomorrow, with services to Amsterdam, Edinburgh and Madrid. I’m flying with easyJet back and forth from AMS over the weekend, maybe I’ll be lucky enough to fly on the new jet!

I love this aircraft, it’s great they had a special livery for their first aircraft!

Many others did that aswell (see Lufthansa’s "first to fly neo-sticker, etc) ;)

How they marked the “o” in neo looks really nice 😉

How they marked the “o” in neo looks really nice

Nope! Looks like an engines fan blades to me 😂

I love this livery, easyJet have some great special liveries.

Neo family is the next must in the Sim 😍

The one that crashes??

That’s not very nice… but yes

As much as this would be cool to see, there is currently NO A320 NEO in IF, which I’m sure would make the realistic player’s sanity.exe stop working.

Also this has been bumped by TWO YEARS!? So there isn’t really any need to continue this post, but feel free to anyway… I’m sure there’s enough posts about A320 Neo’s that you.can vote for…

Love this aircraft bus sorry, I’m out of voats.

Nice picture, you have!
WizzAir ❤️❤️

Wow, I saw at least 5 different asked EasyJet liveries these last days, nice to see that !
It’s a beautiful livery tho !! I hope it gets added one day. 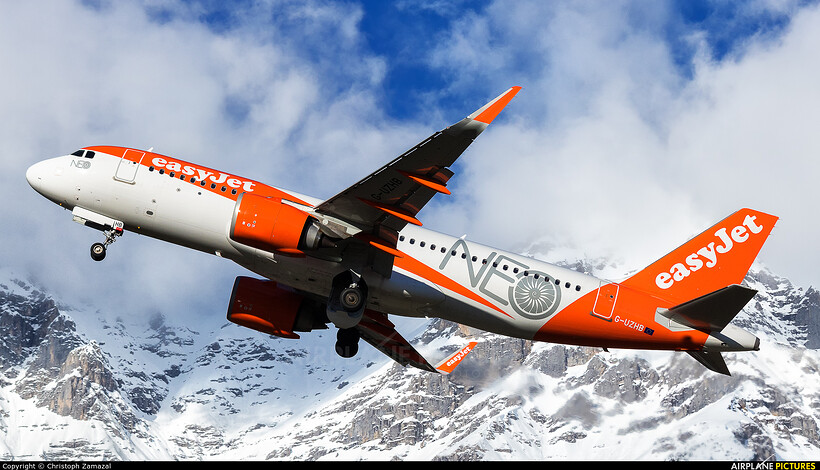 I’ll vote for this, when the EasyJet basic A320 gets added in order to free a vote !