Another drone incident. People really need to learn not to fly their toys near airplanes and airports. 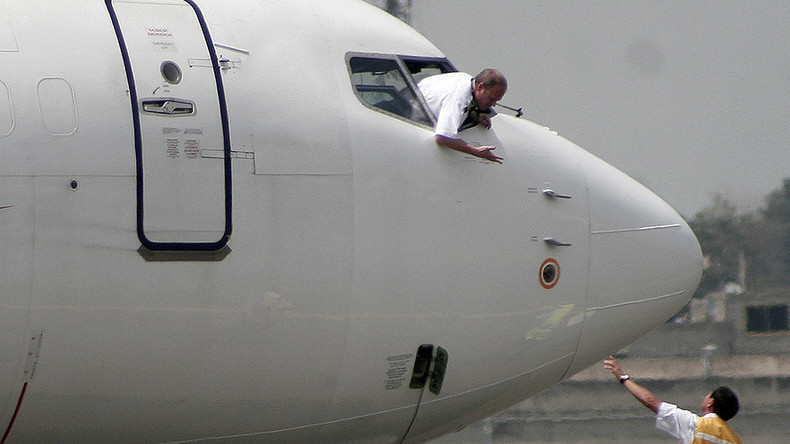 A drone smashed into a Boeing plane with 80 passengers and 6 crew on board, causing substantial damage to the aircraft as it prepared to land at an airport in Mozambique.

Is there not a shoot down rule for these sorts of things?

How do you shoot a drone right near an airport?

I remember this happened a couple of moths ago on a BA A320 at Heathrow. Something needs to change

3 lines going across the nose… How big was this drone??

There is, but the technology does not exist yet.

They’ve started training raptors to bring down drones. I saw some footage recently where they’d trained Golden Eagles to take 'em out if they got too close to prohibited airspace. They’ve been doing it in the Netherlands: https://www.theguardian.com/world/2016/feb/01/dutch-netherlands-police-birds-unauthorized-drones

I have 2 drones and I have had them for like just over a year now and I have NEVER crashed it. Like please don’t just think that everyone with a drone is a nimrod because most people aren’t idiots with there drones. It just some people decide it’s a fun idea to fly a drone over a airport.

EDIT: Just a little side note. With these cheep china garbage drones that take like 50p to make the rise of the moron will get drones banned because someone flew it into a plane and then it crashed causing people to die. Because drones are cheaper than a year ago. It will happen someday

What I’d like to ask these people is, “How is endangering the lives of hundreds fun?”

Oh no it actually damaged an aircraft!

What drone was it? A DJI Phantom or Inspire? Maybe a mavic or a matrice?

It was only a matter a of time before this happened, this is why you shouldn’t let an idiot with a drone near an airport

Surprised they haven’t come up with anything to stop drones flying around airports like some sort of technology to take them down or crash them, or something to then warn the flyer to turn it back or they will be reported

I would say signals that make a drone fall to the ground, but that would likely interfere with ATC and ILS, etc.

Not if its unregistered and or home made.

Wouldn’t the plane still have the other engine to fly with? Or there was another idiot near the airport flying another drone which hit the planes other engine… the it’s the miracle on the Hudson all over again… except with drones not geese! 😎🇦🇺

Man, that’s scary. I hope this is a wake up call around the world.