This is a home-made tutorial to identify one of the most commercial successful aircraft designs of all time, the Douglas DC-9 Family and its near-identical Chinese counterpart, the COMAC ARJ-21. I have read and studied photos between the families and have compiled my own guide to help those who have problems distinguishing the families.

The Douglas DC-9 family has been instrumental in the fleets of airlines worldwide. It has been the mainstay of domestic fleets from Iberia to NWA, American Airlines to Allegiant Air spanning 4 generations. After a long production run from 1965 to 2006, a total of 2,439 aircraft related to the DC-9 had been built.

I have included the COMAC ARJ-21 in this list since it is so similar to the DC-9 Family externally. The Tupolev Tu-334 has been eliminated because the project was cancelled

None of these photos are mine.

Each comparison has a relevant little fun fact to take away from the bores of reading :).

First off, the Douglas DC-9-50, the longest variant, is shorter than the original MD-80, the MD-81. It’s a rather simple method.

The only other way to make the determination is by looking at the engines but this is a very slight change.

The DC-9 engine is a long, straight pipe:

The MD-81 has a fatter engine:

Also there is a difference in door placement. That is highlighted below in the MD-88 vs. MD-87 segment.

Fun fact: The DC-9 design was saved by McDonnell Douglas by lengthening the airframe and making it more fuel efficient and competitive with the latest Boeing designs.

Look at the tailcones. DC-9 has a conical one:

MD-87 has a flatter, rectangular one:

Fun fact: Despite being similar sizes, the MD-87 was much less successful than the original DC-9-30.

The tailcone and engine differences are already highlighted below. Please refer to those.

For this comparison, we will look at the tails of the aircraft. You’ll notice that the MD-81 has a pointed, conical tail:

If the tail is pointed/conical, then the airplane is a MD-81, MD-82, or MD-83. If the tail is flat and rectangular, then it is a MD-87 or MD-88. However, some airlines such as American Airlines have chosen to outfit their older MD-82s and MD-83s with the rectangular tail making it impossible to determine whether it is an MD-82 or MD-88.

Fun fact: Delta Air Lines doesn’t only operate the MD-88, they also fly MD-82s! They accepted approx. 7-8(?) MD-82s prior to acquiring their MD-88s. Those MD-82s have since been converted to MD-88s (Others have been converted and later scrapped).

It is not worth comparing the MD-81 to the MD-87 because it is the same as comparing it to the MD-88. However, the -87 and -88 both have the same tailcone so what’s the difference?

You could differentiate the variants based on the length, but there is a special trick if you don’t want to play the guessing game.

Look at the right side of the aircraft (The photos above show the right side that I am talking about). Then look right at the front of the engine for both aircraft. See anything different?

MD-88s will have an extra door right by the engine. The MD-87 does not have that door. If you are looking from the other side of the aircraft (Left side of aircraft, same orientation), then the best way is to guesstimate the length difference. The MD-88 lacks a door on that side:

Fun fact: It is my understanding that the extra door allows for a fast evacuation that fits under the FAAs regulations (The aircraft is very long so you need another door at the end of the aircraft to prevent a clog at the front of the aircraft).

For this comparison, we have to look at the engines. The MD-87 has a long, cigar like engine (Pratts):

The Boeing 717, has a chubbier and shorter engine (Rolls):

This is one of the few length comparisons you can get away with. The difference is so staggering that even I could tell it when I wasn’t an avgeek. The MD-90 is a stretch of the MD-80 (A stretched DC-9), while the Boeing 717 is about the size of a Douglas DC-9-30.

However, there is a way to tell the difference, and it is again in the engines.

The engines have a general tube shape before tapering off at the end. The 717s engine tapers off more and further up the engine, while the MD-90s tapers off just before the end of the engine, and is a little more “Open”.

Fun fact: The 717 was originally designated the MD-95, or a shrink of the MD-90. When MD was taken over by Boeing, the new owners decided to brand MDs aircraft with their numbering system and thus the aircraft is called the Boeing 717 (AKA MD-95, DC-9-95)

It’s all in the engines. The tailcones for some are different or the same, but those don’t matter. The engines and if you have a good eye the length are what to look for:

Fun fact: The MD-90 was designed to be the successor to the MD-80 but was far less successful because Boeing and Airbus had more appealing designs to airlines. Only 116 MD-90s were ever built versus 1,191 MD-80s.

We only need to make one comparison to the ARJ-21 because it looks most like the 717. This difference is also in the engines:

Fun fact: One theory why the COMAC ARJ-21 looks so similar to the DC-9 family is that China once had the license to build MD-80s and MD-90s. Perhaps in the rush to build their own airliner, they borrowed some old designs to help them get a proven design to get their aircraft into the market with a sound and trustworthy airframe? 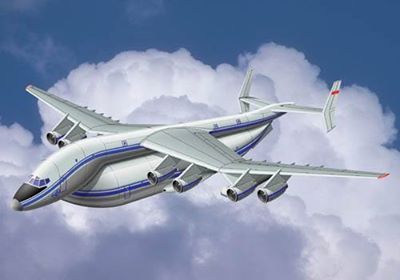 A Soviet-Built L-1011kov? Almost - Too Bad It Never Flew - AirlineReporter

The 1970s were a time of economic malaise for the west. Weirdly, the Soviet Union was chugging along at its own egregious and bizarre pace, and Soviet air travel needs had never been more pressing. Millions of Warsaw Pact and Soviet citizens needed...

Here’s the Tu-334 I mentioned above if you’re interested:

Thank you very much for reading! If you have any comments, suggestions, or questions, feel free to comment below or send me a PM. Special congrats if you read this much!

Feel free to read my other spotting tutorial:

Planespotting tips/guide, how to find your own location Spotting

Recently was looking through my PMs and found this about a question regarding spotting. Basically I have copy-pasted it, done some editing and made it public for those interested. If you have any questions, feel free to PM me. Without further ado… Tips for spotting… Never shoot into the sun. The photos will come out with dark planes and those won’t be so appealing: [US Airways Airbus A321-200] Not sure if this applies to anyone but don’t take photos with a cellphone camera. Phones only …

I dunno why but the Tu-334 looks kinda cute because of its size. Don’t judge me on that please but I think so

Very interesting . A lot of work !

There are a few parts that could use some correcting. The tailcones is the biggest one. The early MD-80s that internally look like a DC-9 share the same old tail come, while most of the upgraded ones with the computer displays that came later in the production run had the screwdriver tail already installed.

sniff The swissair Md81 brought tears to my eyes.

I love all rear engined aircraft 😄