Dornier Do-328 Emergency Landing in Somalia

A US-based military contractor (Bancroft) charter flight operated by a Dornier Do-328 has made a successful emergency landing at Aden Adde International Airport, Mogadishu, Somalia after the gears failed to extend. The aircraft circled the airport to burn fuel and made a belly landing on one of the runways. Emergency crews doused the aircraft with water after the aircraft came to a stop. Flights arriving and leaving the airport were suspended until the aircraft was safely removed from the runway. The four people onboard were not injured in the incident.
https://twitter.com/UAVPILOT07/status/870283343694368768 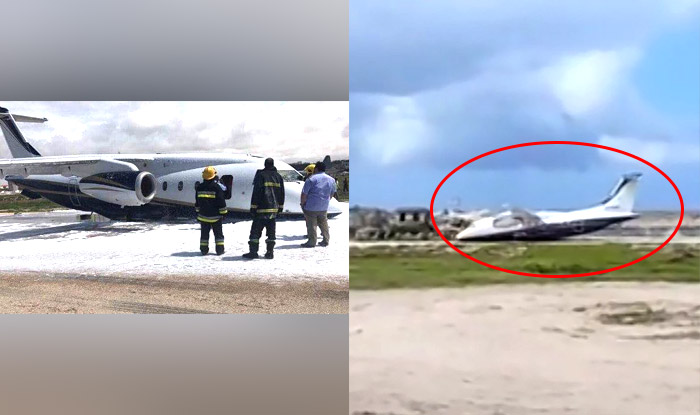 With four people on board, the aircraft had to make a gear-up landing at Somalia airport due to technical issues.

Kudos to the pilots for the safe landing! They are really well trained 👍

👏 Nice work pilots. Glad they acted with professionalism to bring that plane without anyone being harmed.

Btw this incident happened like few days ago not today.

Does it actually matter? 🤷‍♂️

That livery on the plane looks really good! I wonder if the plane will be written off?

High wing may have saved them here

I wonder how over wing vs under wing impacted the situation.

Kudos to the pilots 👍

Glad all walked away unharmed.

Oh by the way, which aircraft is that? Should get it in IF!

Look at the title 😂👏

I didn’t think much of the wing in that situation, it would have definitely helped keep the engines and fuel tanks off the runway.

Very well trained pilots. They should get aviation awards.