Departing an aiport with your flight plan

I have always been confused on this subject (if there is a simple solution please let me know). When i first start up a flight i file my flight plan. In @Mark_Denton 's flight plan video he used waypoints from the runway he was obviously going to take off from. Now for example Schipol (EHAM) There are multiple runways to take off from. 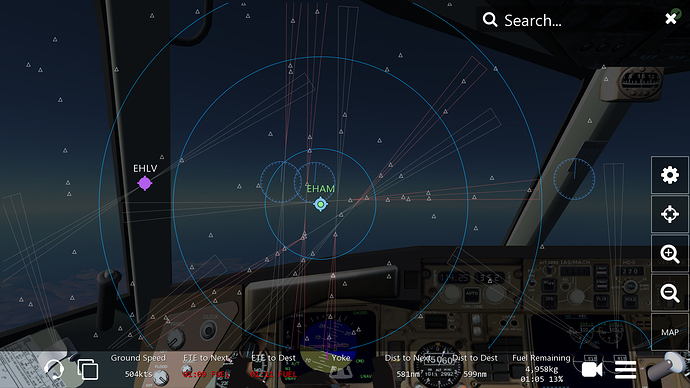 Screenshot_20180306-1707441920×1080 522 KB
Now from which runway should i file my flight plan from, because the ATC can instruct me to taxi to another and it would kinda mess up my flight plan having to replace it (maybe the runway faces the opposite direction to where i want to go). Apart from requesting to taxi to that runway is there another solution? (Apart from making another) Please let me know if i have but this under the wrong topic :)

Now from which runway should i file my flight plan from, because the ATC can instruct me to taxi to another and it would kinda mess up my flight plan having to replace it (maybe the runway faces the opposite direction to where i want to go).

The new & improved ATIS feature will solve this problem. Controllers on the expert server will be able to notify pilots which runways are in use for departures and arrivals, as well as other things, so you can plan your departure accordingly.

It should be available in the next update. :)

Ah thanks Nathan. Look forward to it ;)

Simple solution is to remain flexible. You can just pick a point far enough out if there’s no departure controller. Even with parallel runways, you’ll at least know which direction you’re taking off in. Or, if you try to follow procedures to some degree, see what transition point is most useful for you and use that. 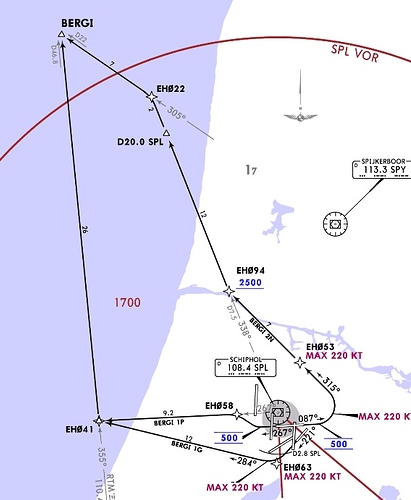 If you’re looking for a way to get to England, Ireland or hop the pond, going to Bergi is one option. I’m not going to spam pictures but there’s procedures for every runway to get to that transition point. So if you don’t have a departure controller, after your initial climb and making sure you’re not going to conflict with any traffic, you can start heading that way.

When the airspace is busy, choose a waypoint, VOR, or another airport as your first point on your flight plan, outside of the airspace of your departing airport.

I generally won’t set any waypoints inside of my departure airport’s airspace if its busy. Just fly runway heading until you’re sure you won’t cause an issue for both ATC and other pilots. There’s no real right or wrong answer, just use your pilot judgement to make the appropriate decision making.

Good points in the previous two, I won’t re-hash, but just make sure that you hold off on hitting NAV immediately. Even if your first waypoint may require a turn, you should always depart straight out for a time.

For example, if at KORD, your original flight plan called for a waypoint on the upwind of 10L, but you took off from 04L, by no means should head straight for that first waypoint 1 mile from the end of 10L, where another plane may be taking off. Even if that was a waypoint, skip it. Find one suitably further east and fly there, rather than t-boning the aircraft departing 10L. [Why this example? Because I watched it happen, the pilot seemingly entirely unaware of the 388 departing 10L two feet from his face.]

NAV is a useful tool, but it should not be activated the second you can slip a sheet of paper between your nose gear and the runway.

@DeerCrusher @Aquila @Tim_B thanks for the help, got my head around this now :)

Also just to add, before a flight, scan the runways that are constantly in use.
If you are using SimBrief or skyvector it is more than likely they’ll provide a STAR in your flight plan.
Just a thought😉

You can find departure charts on SkyVector and just keep them up on a laptop as you fly out. If you are worried about having to redo your whole departure, you don’t have to go back and plot down each departure waypoint. You can just use heading mode to fly the generalized departure route, and once you’ve reached it/ or have come near it, just switch no NAV mode. 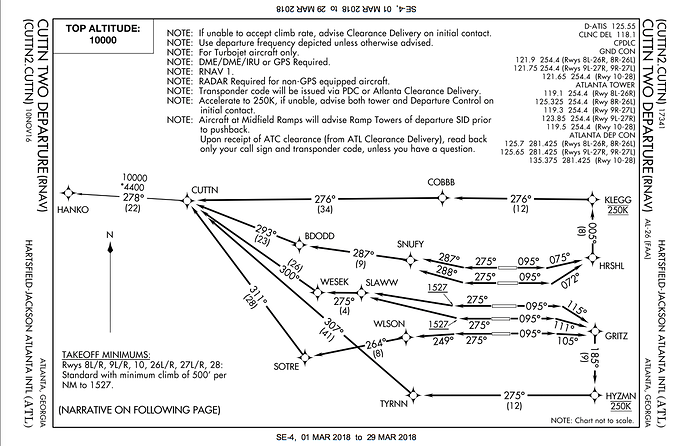 Here is the CUTTN2 departure for Atlanta. The general waypoint that is used is CUTTN, and it shows you all the headings for every runway of Atlanta’s 5 runways. You can pull this up and use heading mode to fly a generalized route while you head to the waypoint CUTTN, and once you get there, just turn on NAV mode and let your flight plan do the rest.

You’ll only have one waypoint, in this case it’s CUTTN, and it won’t change, regardless of the runway.

Defo will be using this now