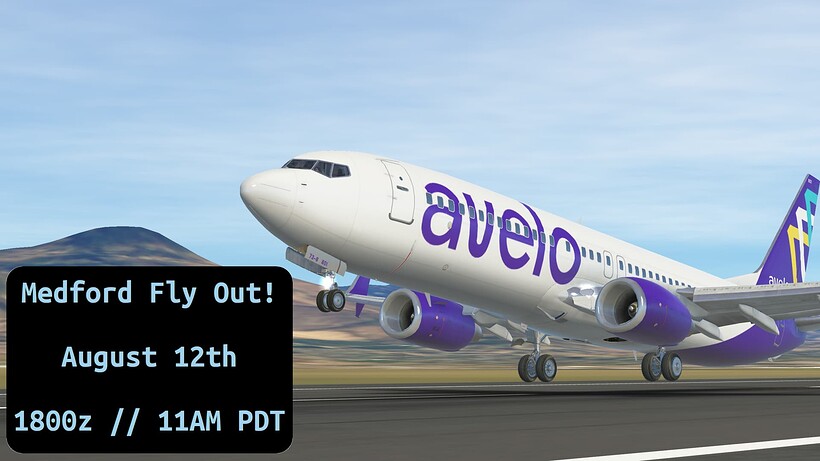 Hello inhabitants of IFC, it’s summer time in the Northern hemisphere, and I’d been scheming for awhile now on making my own event (something I wanted to try and do over the last 6 years I’ve been on this forum).

The location on where was straight forward, since I had come to the unanimous conclusion to house it at Medford Rogue Valley International Airport, an airport I am biased towards since it’s local to me. That and I don’t expect a huge turnout, so a smaller airport seems fine. 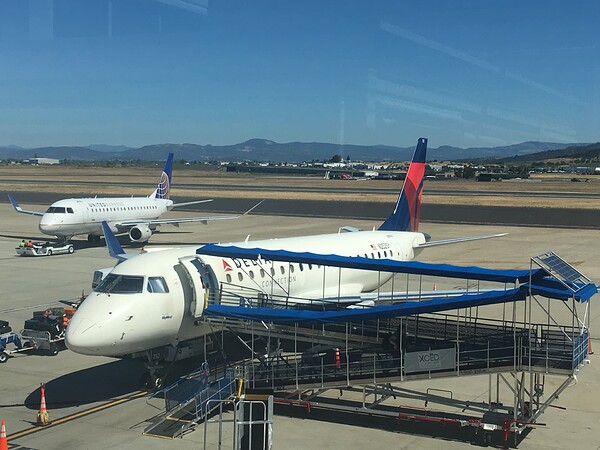 I’m not going to be doing a gate assigning system, instead you’ll show up with whatever aircraft and route you chose, with a gate that (hopefully) fits. See the gate info thing below. 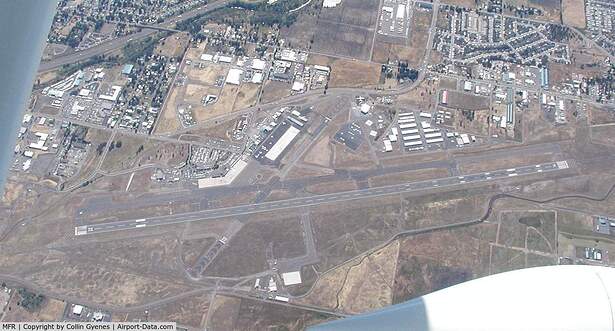 There’s only one operational runway, and that’s 32/14. It is expected runway 32 will be in use, but it’s too early to tell.

If you’d like to do some light reading, here’s some on the airport: Rogue Valley International–Medford Airport - Wikipedia

Again, the event will be held on Expert Server, at KMFR, with a start/push back time of 1800z.

If ATC cannot be had on event day, use Unicom appropriately.

A PM group chat thing will be made roughly a week prior that I’ll add those who register below as “going” or “interested” so that way I can kinda knock on your door every once in awhile to remind you this is coming.

I hope to see you there!

~This is my first fly-out event, if there’s any formatting issues or other errors with this topic let me know, but I think this is correct~

Was this meant to be a self note to add a picture?

yeah, but I later thought it wasn’t necessary and I guess i forgot to take it out

As a small side note, the going/interest/notgoing poll thing seems to have some time confusion. 1800z for me is 11AM, and when I go to edit the poll thing it also says 11AM, but when I’m not editing it says 6PM my time.

small bump after 3 days no activity

There isn’t gate assignments, but if you show up first you can have Gate 1A!

Only thing, your title says 1800Z but the topic says 1900 so which one is it? (not trying to sound like a mini mod lol, just wondering when it is 👌)

That there where it says the time would be a typo

and I have fixed it, and the start time is 1800z. As a side note the spot where you click the going/interested/notgoing buttons says it’s 7 hours later than it actually is.

under 2 weeks to go

just a little over a week out!

Could I do Tower and ground?

given that you have access to expert server ATC, you can most definitely have tower and ground

Oh this is expert… Sorry. I’m still training for IFATC

There aren’t any reservations, it’s whoever shows up first with that flight and gate gets it