Now before you ask me if I’m feeling okay, yes I am and I don’t know everything about KDEN. I was recently in KDEN and I was exploring some gates that almost never get mentioned in trip reports.

I explored the ground level Concourse in A that houses gates A62-A99. Very rarely do I hear people talk about it and I almost never see a jet engine airline use it since NKS moves to Concourse C.
So I was curious and headed down. Gates A62-A76 used for all the turbo prop airlines like Boutiqe Air, Key Lime Air, and used to house Great Lakes Aviation.

Since I’ve explored this area before, I decided to explore gates A71-A99 which for those who have never visited Denver have been under construction for the past year or so. It also is accustomed only through one door and is disconnected from all the rest of the Concourse to Since he begun flying in February of last year, this portion of the Concourse has been closed off during construction. Only this past trip did I notice that it was open. So I decided to look into it.

My inquiry:
So anyway now that you have the backstory, I was wondering if anyone has any idea what is going to happen with this portion of the airport. I have photos below. When I visited it at like 5:30 AM (which is not early for KDEN at all) it was a ghost town. Not a single person was in Concourse section. It was brightly lit, brand new, modernied with gorgeous seats and plugs everywhere and departure and arrival boards everywhere. But not a single person. It was so empty and so quiet I felt like I had gone into an area of the world that I wasn’t supposed to. It gave me goosebumps and chills being in it. It was like a horror film where an office building is standing but everyone inside has vanished. There are like cups of half drink coffee and printers humming but not a single soul is around.
That’s what this Concourse section felt like. Anyways I was simply curious if anyone knew what airlines would be usin this set of gates and if this is part of Concourse A’s expansion or what this is for. It lid a gorgeous area. I would absolutely love to fly an airline that uses these gates. I mean the bathrooms were freaking spotless. The carpets were fresh and clean. The monitors that had flight info were on and had the typical DIA monitor background.

Photos of Concourse A Gates A71-A99 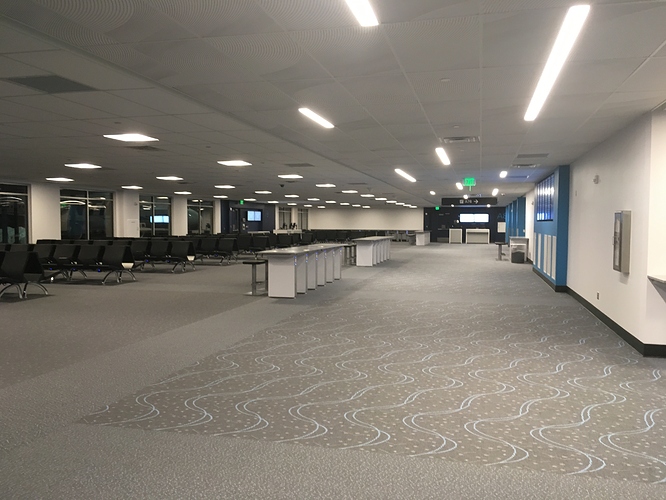 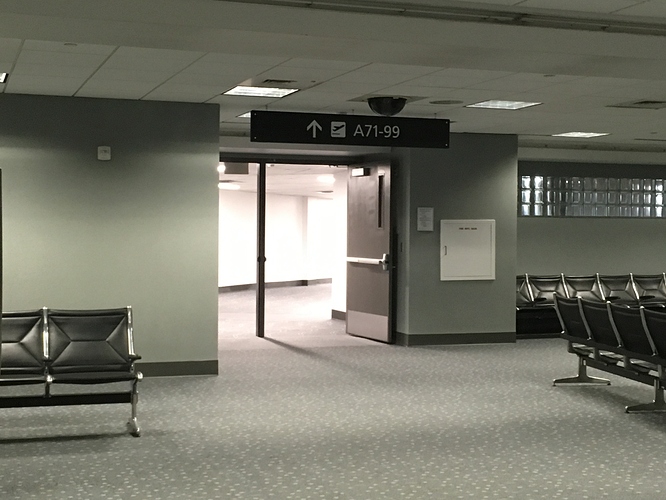 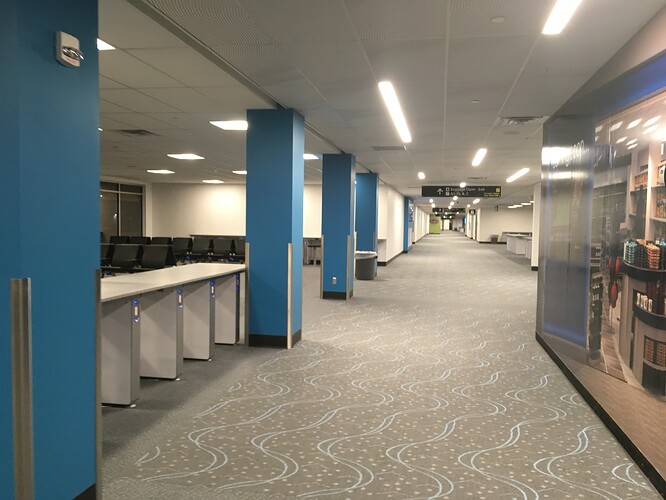 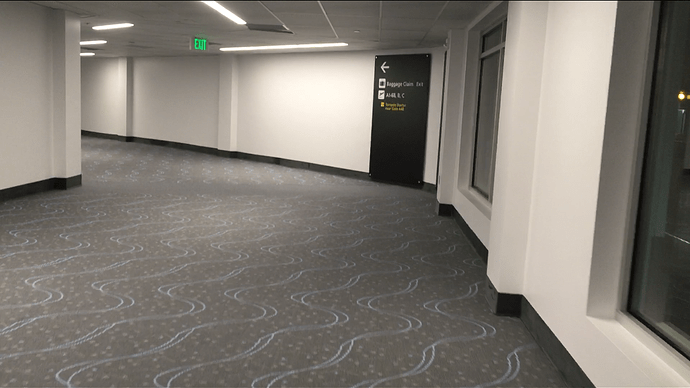 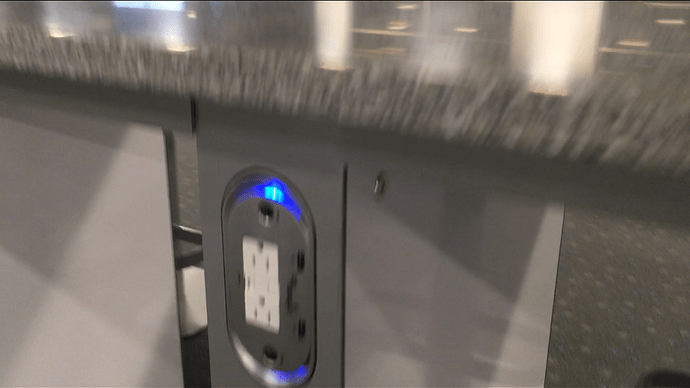 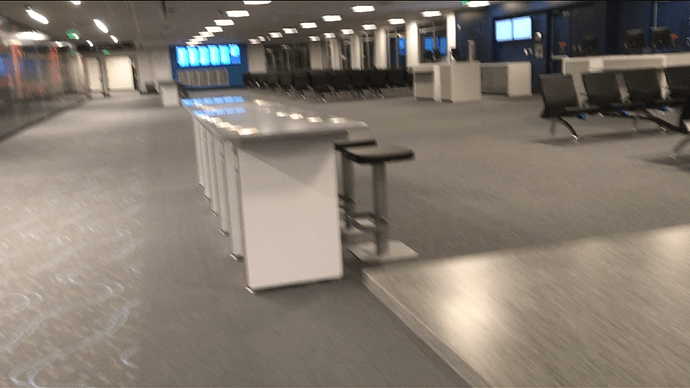 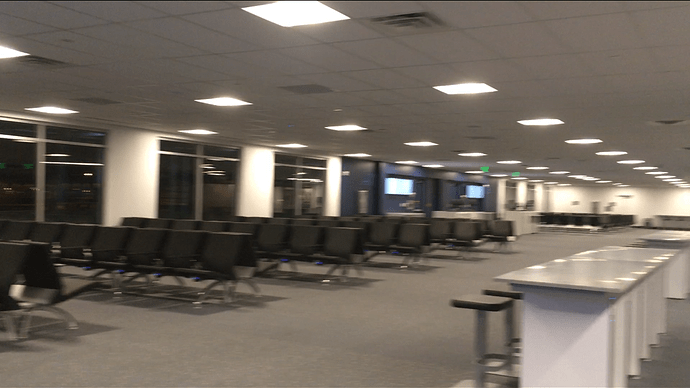 I mean this was just creepy lol. As you can see no one is here but it looks spotless and gorgeous. Not even the turbo prop airlines use this.

On the DIA master plan, it looks like it might taken out and just extending the existing concourse A futher out.

Is that on the east side down by where the commuter airlines park? I’m trying to get a feel of where this is. Is it like an offshoot of concourse A?

That is creepy… No staff were on this floor?

Why tpwould they take it out though? They have been working on constructing and modernizing this for over a year. It’s brand new and spotless. It’s so gorgeous. I highly doubt it was cheap to build and after spending over a year only to destroy it seems like a huge waste of manpower, money, and resources.

Is that on the east side down by where the commuter airlines park?

@GolferRyan
Yes. It’s at the farthest gates o the east side where Great Lakes parked and Boutiqe Air Park.

I’m trying to get a feel of where this is. Is it like an offshoot of concourse A? 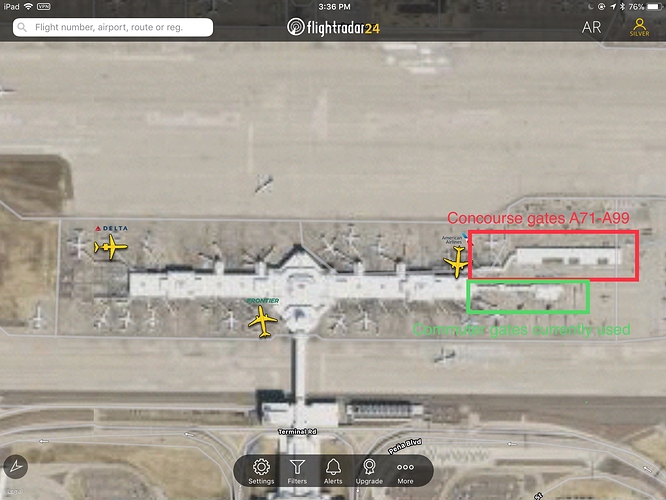 Inside the red box is where these gates are. Except until within the past month those gates were completely closed and shut off to the public. I was walking past their door (again that is the only accessible door into this place from the main concourse building) and it was open with light streaming and brand new signs saying gates 71-99 ahead.

Please note that the concourse inside the red box is not currently being serviced by any airline. Not even the turbo prop commuter airlines use it. They use gates A62-72 which is the southern part of the eastern offshoot AND OUTLINED WITH THE GREEN BOX

So sad to see an abandoned terminal. Especially one as new as that. Hope they find something to do with it soon

So sad to see an abandoned terminal.

You’re speaking my worst nightmare. For a year I’ve been checking up on this every time I fly home. I head down the escalator at the east end of A and I check the door. Always been locked and closed with “No Entry Beyond This Point” signs.
I try it two nights ago and it’s wide open and clearly ready to be used. It’s almt as if it doesn’t even exist to the rest of the airport. Nothing would change if that section just upped and vanished. It actually makes me sad and hopeful at the same time. I’m hoping this is part of the expansion to A so it will soon be filled with Airlines and passengers.

Oh dang, I live in Denver and even flew out of DEN two weeks ago. I had no idea they were even building anything new. I wonder what airlines will use it.

Oh dang, I live in Denver and even flew out of DEN two weeks ago. I had no idea they were even building anything new.

Exactly my point! This just opened within the last month or so and no airlines are using it. I say a month or so because the last time I was at DIA was in March. And back in March it was still closed. They could have opened the new offshoot a day after my match flight of the day before I flew two days ago. I don’t know. All I know is that this is a brand new section of A and it’s a virtual ghost town.

I wonder what airlines will use it.

I’m hoping F9 expands gates to this offshoot so I can use it a lot.

Wow! That is pretty weird.
I’d also imagine it’s a waste of electricity, keeping those lights on all the time. Maybe try messaging the airport on social media, or anyone who works there, and ask what it’s about?

Civil Aviation - Airliners.net Maybe you can try posting it on airliners.net, lots of people on there, there’s definitely gotta be some DEN people/avgeeks

It seems like Frontier is literally getting bullied on Concourse A by all the other airlines like Delta.

Well, this may be related, a news story from 4 months ago Maybe try messaging the airport on social media, or anyone who works there, and ask what it’s about?

I’ll actually do that, I never even thought of that. I can contact DIA on their Facebook page and see what their reply is. They respond actually quickly on that archaic form of social media lol

Frontier isn’t really being bullied. Can you explain how you came up with that?

I’ll be sure to watch that.