Delta flight on fire at KATL 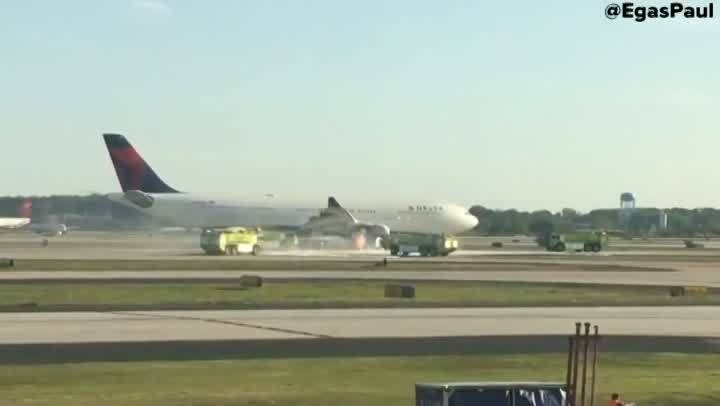 My Words
I find it interesting in this event that they mention the SWA flight. As in all aviation issues, the media focuses more heavily on aircraft issues. It is interesting how close this was to the SWA incident I don’t deny. What are your thoughts?

WOW, That was today right?!

With some Stuff we don’t need to discuss here, it was hard enough for aviation to get on the news period, and with SWA aviation is pretty much covered on major media, so probably wolnt get much attention unfortunately…

Still another one! This year is bad so far, already on the plus side of 550 deaths in aviation this year… at this rate there will be almost 1.5K deaths this year… probably not though since 250ish wich is a significant number we’re from one crash so not likely to match that in the other 2 thirds of the year fortunately…

Statistics can never be viewed in a vacuum. You have to have a control, datum, or some subset to which to compare them.

So far, 521 fatalities this year. But that doesn’t even approach the top 50 for a year:

[Granted, we aren’t even halfway through, but aviation fatalities aren’t a linear equation. You can’t just extrapolate the numbers as if they will increase at the same rate per day and come up with a number for year’s end. (e.g. your number on 9/10/01 would be vastly different from your number on 9/12/01)]

But, you certainly can’t make claims that this is an especially bad year for aviation when the statistics put that notion to rest:

[The top years, judging by the dates, I presume includes military statistics, so ignore those, but still…2018 is number 100 on this list. No, that doesn’t include every incident that wasn’t an accident, but I doubt you’ve tallied every such incident for the years you’re not currently living through and mentally recording either.]

There are many cognitive biases in play here, including the inability to remember anything but the most recent but also:

Rosy retrospection refers to the psychological phenomenon of people sometimes judging the past disproportionately more positively than they judge the present. The Romans occasionally referred to this phenomenon with the Latin phrase "memoria praeteritorum bonorum", which translates into English roughly as "the past is always well remembered". Rosy retrospection is very closely related to the concept of nostalgia. The difference between the terms is that rosy retrospection is a cognitive bias, Al...

Thanks for the stats… :)