Recently an angry Husband and Wife blocked a plane from taxiing at Beijing Capital Airport (PEK). This was caused by just missing boarding. The plane bound for shanghai was delayed for 20 minutes due to the couple pushing airport staff and running towards the stairs and blocking the aircraft.

More info in the article here 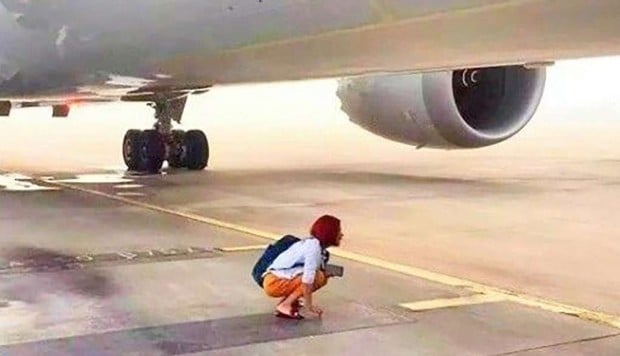 Angry Chinese couple protest on Beijing airport runway to stop plane after they...

What is your opinions on this?
-Taco

That couple should be In some serious legal trouble. What did they think was going to happen, they were gonna let them on the plane 😂

That couple should be hauled to jail and let stew. Lol what I need the bloody world were they thinking? Probably drunk lol.
They probably thought if they stood there the pilot would have a sudden change of hea 🙄

I’ve seen the nouveau-riche generation in China do some, uh, interesting things. I am not too surprised by this incident. It’s just that they honestly do not know better or saw the red mist in their eyes.

At least both of them get sent to jail together.