COMAC C919 Gets Ready to Challenge Airbus and Boeing

After the first flight of the Commercial Aircraft Corporation of China (COMAC) C919, they are now getting ready to compete with Boeing and Airbus. As the day progresses, there might be a lot of COMAC fans in the hanging out in the community. Do you think COMAC will be successful in the competition? 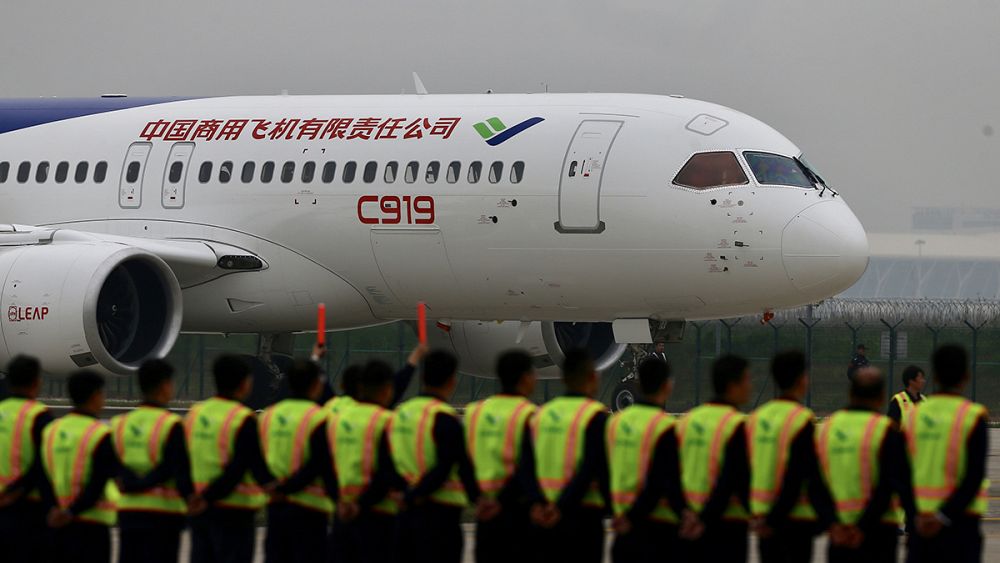 China's C919 airliner gets set to challenge Airbus and Boeing

Feel free to close this if this is a duplicate

I think airlines are happy with the 73 and the 320. But some budget airlines could purchase it

Does it come with free prawn crackers?

but it has not been ffa approved yet and most customers are china airline’s not a threat to boeing or airbus yet and it might never be. Airlines like to use proven aircraft/companies and have to retrain pilots quite a bit to switch from one airline manufacturer to another. For example it is easy to retrain pilot from airbus a320 to a330

Is good for airlines who don’t need range

I think you are thinking about Thai aircraft… they are made out of it!

There’s not much communism left, its moving towards a single party capitalist.

The SSJ100 wasn’t released that long ago.

Oh that thing that has almost every single one of its parts from the DC9? another one (copycat plane)

There are only so many designs that work yet is efficient

The cockpit on it looks like a CRJ and its engines are not JT8Ds, that is the only difference I can see! 😂

I’m telling you a joke, C919 has only its shell made in Chinaand certainly not getting FAA certs

This plane can actually be a huge success if the chinese government simply forces its airlines to buy the aircraft. Only looking at how patriotistically and hopefully celebrated this plane is among the chinese, this is probably not even as unrealistic as it may sound at first.

It might take a bit of time until COMAC is able to actually compete with the global players, but they do have the potential to make massive amounts of money.
I’m also interested in seeing whether it will have a good start with no major issues or a normal, bumpy start like the 787 a few years back or the Airbus Neo’s just now.

Good to hear that the Chinese are getting into the aviation industry. In my opinion, they are a bit late I the game .

Also they have to prove their aircraft are safe. Previous Chinese aircraft had a spotty safety record ;)

Leave it to China to make an off brand airplane.

What’s wrong with the neos?

They already did lmfao 😂😂

Even russia can get around to make a PS90 succesor, but china is developing a fighter engine right now.