NOTAM:
Our last event in KORD was sort of s bomb, but since Kevin and I did so well in New York, an ahem paid Region lol, we are bringing back this session tomorrow for those who would like some quality controlling (or at least as good as I can do).

As you just joined a day ago I don’t know your expertise. We would appreciate it if you did not. But thank you for asking.

Please pm me and we can talk about it. The reason I’m so hesitant is because I want to make sure people flying in are getting good service and not just another day on TS1 where they are spammed and given orders for no reason.

Do you remember me? On frontier VA?

You cannot PM yet as you are a basic user :).

I’m not lying I’ll send you a screen shot. 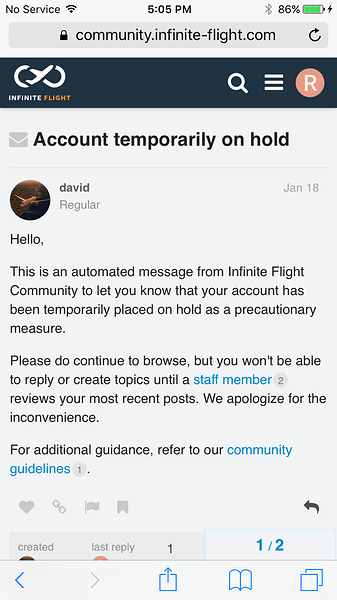 I couldn’t reply to anything after this happened.

@Kevin do you understand now?

Guys please take this to a pm, it’s moving this topic way off topic. Thanks :)
Again runways will be updated within one hour of opening.

When an event date is created, some people will always be behind or ahead of the hosts’ schedule.

London time is different than American time. For me, today, it is in roughly 11.5 hours.

Sir i think you jave misunderstood the event timing or the world timing 10th April is almost over and 4Zulu is already over hours ago.

Which is why we use Zulu Time on the forum in order to avoid confusions like this takeing place.

You can use a converter like below to convert your time to UTC ( or any other time on the world) to help out.

Good luck with your event.

Are you sure you guys aren’t paying attention to 24 hour military time? Because 0400 hours would indeed be early this morning or tomorrow morning.

@David_Lockwood @samuel_48 I apologize for any misunderstanding. 0400Z is indeed 12am for eastern United States and I’m sure it is way into early morning for the rest of the world. But for Central America and Eastern coast it is only 9pm and 10 pm.